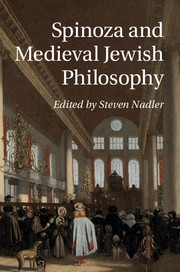 There is a second hand book stall in Staines station where you can donate and buy books, and the proceeds go to retired rail workers. A couple of weeks ago I was browsing and found a battered 1971 copy of the journal Theoretical Practice. Althusser, the French Marxist philosopher, defined Theoretical Practice. The 1971 issue contains such gems as ‘Bachelard’s New Problematics’ by Dominique Lecourt, ‘The Concept of Epistemological Break’ by Anthony Cutler and, of course, ‘Althusser and Bachelard’ by Ben Brewster. Inscribed with Lenin’s statement that ‘Without revolutionary theory there can be no revolutionary movement’, it is a lost relic of the high tide of English academic Althusserianism. Such Althusserianism was marked by attempts to make Marxism scientific, to reject Hegel and with him all forms of teleology. The Althusserian moment, at least in its 1970s English variant, soon passed, its advocates became disillusioned and post-structuralism took over.

Reading Theoretical Practice, I would like to travel back in time to shout to its authors ‘he’s behind you!’; ‘he’, of course, being Spinoza. Althusser’s Marxism, as he later made clear, was strongly shaped by his reading of Spinoza. From Althusser’s apparently innovative discussion of ideology to his supposed structuralism and anti-humanism, he mobilised key concepts and themes derived from the 17th century Dutch Jewish philosopher. Since Althusser’s death, Spinoza has increasingly been seen as an essential influence on Marx and wider revolutionary thought.

Spinoza was expelled from the Jewish community and his religious views can be described as heterodox, but a key source of his ideas was medieval Jewish philosophy. Spinoza and Medieval Jewish Philosophy is a useful volume for those who wish to understand Spinoza better, to assess the value of his contribution to Marxist theory and to practical attempts to promote social change.

A number of themes are shared by Marx and Spinoza, including the importance of science, materialism, opposition to methodological individualism and an attempt to understand ideology. We know that Marx carefully read and made extensive notes from Spinoza’s key work on politics, religion and ideology, Tractatus Theologico-Politicus. Spinoza was an influence on German romantics who were part of the intellectual environment of the young Marx and Engels. Engels strongly admired Spinoza and Georgi Plekhanov described Spinoza as “Marx without the beard.” As well as Althusser, Negri and Hardt’s autonomist Marxism draws heavily upon Spinoza. Michael Hardt noted that Spinoza was a communist long before Marx. In turn, Hardt and Negri’s interest in Spinoza comes via Deleuze, the French post-structuralist, who wrote Spinoza: Practical Politics. The statements from Plekhanov and Hardt seem highly debatable, but there is no debate that Spinoza is increasingly seen as the most influential philosopher for Marx after Hegel. Incidentally while Althusser, Hardt and Negri see Spinoza as oppositional to Hegel, Hegel praised Spinoza as the ‘Prince of Philosophers’. Marx and Engels in The Holy Family noted that Hegel was indebted to Spinoza.

Spinoza and Medieval Jewish Philosophy is edited by Steven Nadler, a well known Spinoza scholar who has written a series of books on the philosopher, the title of A Book Forged in Hell about the writing and reception of the Tractatus Theologico-Politicus being particularly notable.

Spinoza’s Tractatus Theologico-Politicus (TTP) argued that religion was often closely linked with politics, with religious doctrine been used to create and police communities. In it he boldly dissects the Bible, showing, in a revolutionary move at the time, that even if it contains the word of God, the word is transmitted to fallible human beings who may misinterpret it. While the TTP deals with little in terms of Spinoza’s own unorthodox religious doctrine that famously identified God with nature, it clearly is a volume that links his reading of medieval Jewish philosophy with radical politics.

Spinoza had many influences, from the Stoics to Christian communist sects like the Mennonites, to Descartes, but this volume makes a compelling case for seeing Jewish thought as an influence on his work. Medieval Jewish Philosophy is a very rich field, a source of fascinating work, providing a bridge between the Torah, Islamic thought, Aristotle and contemporary thought. One minor criticism of Spinoza and Medieval Jewish Philosophy is that might be better titled ‘Spinoza and Maimonides’. The majority of the essays deal with Spinoza’s relationship to Maimonides or to figures closely affiliated to Maimonides. Maimonides in his Guide for the Perplexed attempted to show that rationalism derived from Aristotle was consistent with true religion, as such he was the key Jewish theologian of the medieval. Maimonides’ attempt to reconcile religion, science and philosophy provided a starting point for much of Spinoza’s work. Spinoza was influenced powerfully by both his acceptance and rejection of Maimonides approach and this informs most of the chapters here.

Medieval Jewish philosophy thrived as Jewish thinkers were able to practise their religion and philosophy in a Muslim empire. Of course, when Spain and Portugal were invaded by Christians, tolerance was replaced by persecution. Indeed Spinoza’s ancestors were Marranos, Jews who were forced to pretend they were Christians to avoid persecution. Medieval Jewish thinkers were in dialogue with Islamic schools of thought that drew upon rationalism and Greek philosophy, particularly that of Aristotle. The most important of these was Maimonides, who sought to provide an utterly rationalist and scientific study of the bible. Separated by many centuries, the attempt by Marx and Engels to construct a scientific politics parallels that of Maimonides to construct a scientific account of the Jewish Bible.

A number of particular chapters in this collection stand out. `The science of Scripture: Abraham ibn Ezra and Spinoza on biblical hermeneutics’ by T.M. Rudavsky provides a good introduction to a method of subversive reading that undermines a text by a close reading of its words. Spinoza developed a particular reading of the Bible, to challenge Biblical authority. It is useful to consider how, in a similar way, Marx developed a reading of Adam Smith, Ricardo and other liberal economists to critique their ideas. Both Spinoza and Marx, rather than simply criticising the texts they sought to challenge, look for internal inconsistencies and gaps, to develop an alternative. It is significant in this regard that Althusser and his co-workers wrote Reading Capital, a work that draws attention to Marx’s reading of Adam Smith. The term `peshat’ refers to a plain straightforward reading of the Jewish Bible according to Rudavsky. This is contrasted with an attempt to view the text as allegorical by Maimonides to make it consistent with rationalism. In Spinoza’s plain reading the Bible deconstructs its message, showing that it is a human artefact rather than the unmediated word of God. Spinoza instigates a tradition of reading that has informed much later philosophy and literary theory but in doing so, as Rudavsky notes, he is resourced by medieval Jewish traditions.

Heidi Ravven has written a number of books and articles showing how Spinoza challenges ideas of free will and methodological individualism, substituting not structuralism, but an ecological view that sees human beings embedded in wider networks of society and nature. Her chapter provides an important summary of her wider conclusions, and links Spinoza’s materialism, which feeds into Marx and other currents of radical thought, with earlier Jewish traditions.

I don’t think it is a matter of looking for the core of Marx’s thought in Spinoza’s work and then seeking an essence of Spinoza in Maimonides. However, if one wants to understand Marx, understanding the direct and indirect influences on his thought from Spinoza is, I feel, very illuminating. In turn, Spinoza often drew upon debates and themes in Maimonides and other Jewish philosophers. Steven Nadler provides a powerful and clear introduction to the book, which justifies the theme and notes that recent research means that it is possible to know more about the Jewish influences on Spinoza.