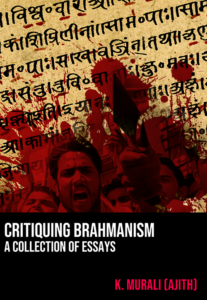 The theory and practice of the three-way fight was developed by militant antifascists to differentiate between the threats posed to leftist movements by relatively autonomous insurgent far-right and fascist movements and forms of oppression exercised through systems of capital accumulation, bourgeois rule, and the attendant state repressive apparatus. This approach rejects the still prevalent view among the left that typically treats far-right social movements as the puppets of the most extreme factions of capitalism. Some adherents of the three-way fight consider how “fascism has the potential to become a mass movement with a substantial and genuine element of revolutionary anti-capitalism” (Hamerquist 2017: 28). Others acknowledge the threat of this mass potential but contend that far-right movements are more specifically opposed to liberal forms of political and cultural power (such as recent aspirations toward inclusiveness or protections for minority rights) rather than being revolutionary or anticapitalist. Despite these theoretical debates, adherents of the three-way fight generally agree on the practical terms of North American militant antifascism: it is a defensive form of organizing situated against both far-right street movements and state power in its ideological and repressive forms—liberal “repressive tolerance” and police forces.

In what follows, I will draw parallels between Ajith’s critique of Brahmanism and the perspective of the three-way fight (hence there are many aspects of his analysis that I cannot cover here, such as his critique of Brahmanist metaphysics and ethics). Though the terms may not directly translate, given differences between the North American and the Indian contexts, there are many features of Ajith’s analysis that resemble a three-way fight approach. The spirit of his critique is encapsulated in the epigraph to Critiquing Brahmanism, Dr. B.R. Ambedkar’s observation, “Brahmanism and Capitalism, these two are the real enemies of the workers.” Brahmanism, according to Ajith, undergirds Indian ruling-class ideology, ranging from the Indian National Congress (INC) and the parliamentarian left which has attempted to capture the Gandhi-Nehru legacy, to the Hindutva far-right. Ajith’s critique has clear parallels with the three-way fight, though the two have been developed independently of each other. I have argued, from the latter perspective, that in North America, both liberalism and far-right movements accept the basic coordinates of settler-colonialism (Shaw 2020). Despite instituting some protections for minority rights, liberalism’s ideology generally upholds the tenet that “we [sic] are a nation of immigrants,” which occludes the ongoing legacy of Indigenous dispossession and slavery, while far-right movements tend to demand the re-entrenchment of settler capitalism’s specific forms of oppression and exploitation on terms more conducive to white settlers. Hence the following parallel: fascism cannot be permanently defeated until the conditions which give rise to it are overthrown: capitalism and settler-colonialism in North America; capitalism and Brahmanism in India. Therefore, those interested in the three-way fight and a thoroughgoing revolutionary criticism of Brahmanism will find much of interest in Critiquing Brahmanism.

Ajith contends that Brahmanism forms the hegemonic centre of the comprador-bureaucratic bourgeoisie who emerged under and through colonialism and assumed power in post-colonial India. As a religious and cultural system, Brahmanism has undergone numerous changes over time, sometimes shaped by ruling classes’ interests and at other times under pressure exerted by particular oppressed castes—for example the Shudra (menial workers) and Avarna (“untouchables,” Adivasi, and other castes)—throughout these changes its caste system and support for patriarchal oppression has remained (11–12). Brahmanism is able to play its ideological and hegemonic role due to a degree of cultural and religious flexibility; “it allows space for some of the beliefs, deities, customs” of assimilated peoples to be accommodated, but by integrating them at “lesser levels in its own theology, pantheon and ethics. The whole process allows Brahmanism to appear as quite tolerant, even while it firmly consolidates its hegemony” and nurtures racism (8). Ajith surveys previous critics of Brahmanism: some have conflated it with Hinduism (when some currents of Hinduism are anti-Brahmanist, and thus it remains “possible and necessary” to differentiate them); some, such as the aforementioned Ambedkar, did not integrate their critique with anticolonialism and anti-imperialism; more recently, the parliamentarian left foreclosed on a radical critique of Brahmanism by positioning itself as the true defender of the Gandhi-Nehru legacy. By contrast, he argues that social revolution and emancipation requires “a wholesale attack on Brahmanism; an attack that aims at annihilating it at the ideological, political, social, cultural, psychological and economic levels” (24).

The hegemonic role of Brahmanism in contemporary India is inseparable from the history of colonialism. Despite the fact that Brahmanism, and its core philosophy of Advaita (characterized as non-dual thought or absolute monism), enjoyed limited hegemonic success prior to colonization, it was elevated to “the foremost achievement of South Asian philosophy and the world outlook of Hinduism” through colonial Orientalism (9). For example, nineteenth century German philosophers took Advaita as one mystical progenitor of Western philosophy, albeit one which they thought either needed to be subsumed and explained through the rational (and Christian) religion of the German idealists or proffered as a vitalistic counterpoint to the rigidity of Kantian ethics, as in Schopenhauer.

Of course, in India, Brahmanism’s caste system facilitated British colonial rule. Marx predicted that British rule and development of industry “will dissolve the hereditary divisions of labour, upon which rest the Indian caste, those decisive impediments to Indian progress and Indian power,” which would facilitate the creation of the material conditions necessary for social revolution (1973: 323). Contrary to Marx, Ajith observes that the development of capitalism in the colonies did not follow the path of the Western metropoles. Instead, capitalism in India “served both imperialism and feudalism” (12). The comprador-bureaucrat bourgeoisie that assumed power in post-independence India emerged from upper castes (Brahmin, Kshatriya, and Vaishya) with elements of Jain, Christian, and Muslim upper castes. As a set of religious, philosophical, and cultural beliefs and values, Brahmanism functions as the basis of ruling-class ideology. It provided an ideological link between the emerging new bourgeoisie and the feudal classes that persisted through the colonial period and beyond; it provides, for both the liberal project of the INC and Hindutva nationalists and fascists, continuity between pre-colonial and post-independence India. For Gandhi and the INC, Brahmanism offered a vision of “unity in diversity,” accommodating some concerns of lower castes and ethnic minorities, while at the same time producing an imagined Indian nation existing from antiquity, seeking to regain “its assumed world status and glory through anti-colonial struggle” (15). Ajith observes that Gandhi was instrumental in weaving together modern bourgeois elements of nationalism and economic development into “Brahmanic fabric with the liberal deployment of Hindu symbols” (15).

This imagined India has served an entirely different purpose for the Hindutva far-right (including the prominent Rashtriya Swayamsevak Sangh and Bharatiya Janata Party), who have pursued an “explicitly Brahmanist, North Indian version of Vaisihnavite Hinduism” that steamrolls distinct belief systems within Hinduism as well as the differences of practices and worship Hinduism between castes (6). Ajith argues that Brahmanism has played an important role in reshaping hegemonic consensus around Hindutva nationalism. Because the Hindutva movement, historically speaking, kept away from the struggle against British colonialism, Brahmanism has played an important role in burnishing the movement’s anti-colonial credentials.

The far-right has also reshaped Indian nationalism around the collective rebirth of an imagined India of antiquity and inflated scientific advancement—Hindutva ideologists assert, for example, that “ancient Hindus developed plastic surgery and flew airplanes” (Bello 2019: 77)—brought to ruin by “Muslim invasion” (78). Just as Ajith emphasizes the Orientalist and colonial roots of the modern elevation of Brahmanism, he dedicates an entire chapter to demonstrating that the scientific decline in Indian history is a product of European colonialism and Brahmanism, which share scorn for the scientific heritage of “local knowledge systems and practices;” the former in order to further the colonial project, while the latter drew a stark division between manual and mental labor, severing local knowledges and practices from theory (77-87). Finally, Hindutva reshapes the idea of “unity in diversity” around Hindu nationalism and the re-entrenchment of caste oppression.

We are now in a position to compare Ajith’s critique of Brahmanism and capitalism with the three-way fight, which holds, first, that the struggle against fascism cannot be collapsed into the broader struggle against capitalism, even though capitalism is one condition which gives rise to and enables far-right movements; and second, that militant antifascism rejects the idea that reestablishing liberal or democratic norms constitutes a victory against far-right movements. Ajith draws a crucial distinction between Brahmanism and capitalism, which cannot be reduced to a relation of superstructure and base (as a more orthodox Marxist approach might). Thus we cannot readily assume that so-called superstructures implemented in exploitative societies immediately dissipate under the pressures of successful proletarian revolutions. Class, he observes, is mediated by other social relations, such as “caste, gender, ethnicity, regionality, nationality and religious community … each of these have their specific dynamic that impinges on that of class” (55). Though Brahmanism plays an important hegemonic role under the present system of capitalism in India, Ajith argues that overthrowing present relations of exploitation is not sufficient to “eliminate all grounds for another adaptive adjustment of Brahmanism” (24). He concludes then that as long as remnants of caste and patriarchy exist, Brahmanism remains a rallying point for reaction.

In terms of the three-way fight, Ajith identifies Brahmanism as the line of adjacency between the comprador-bureaucrat bourgeoisie aligned with the INC and that of the Brahmanic Hindutva far-right. Though the latter departs from the supposed secular democratic norms of the former, Brahmanism and capitalism enable both. Therefore it is not enough to push for a return to these norms—from the Brahmanic Hindutva “unity in diversity,” which subsumes diversity to Hindu nationalism, to a more liberal emphasis on diversity. Hence Ajith’s critique of the revisionist Communist Party India (Marxist): by positing itself as the true defender of the Gandhi-Nehru legacy, it is unable to develop a thoroughgoing critique of Brahmanism. Instead, its emphasis on “diversity” rather than Hindutva “unity” remains “firmly placed in a common frame set up by Brahmanism. This causes a blunting of the ideological, political attack on Brahmanic Hindu fascism. Worse, it traps many who wish to join this struggle in a pretence, a superficial opposition, allowing the ruling classes to contain it within safe channels” (54).

Finally, one other feature ought to give us pause. In North America, the far-right often frames at least part of its program on the explicit rejection of tolerance. If Ajith is correct, that Brahmanic Hindu fascism builds hegemony and retains its position through assimilation and the outward appearance of accommodation or toleration, then we must use that insight to fight back against international points of contact and possible ideological exchange between different forms of far-right organizing. Critiquing Brahmanism, then, is an important tool for militant antifascists.