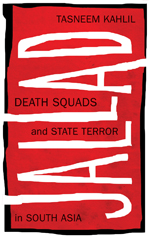 Guy Lancaster, Ph.D., is the editor of the online Encyclopedia of Arkansas History & Culture, a …

Most studies of state terror, especially the use of “death squads” for the torture and murder of dissidents, center their analysis within an explicitly genocidal context. They view armed squadrons as a tool for eliminationist campaigns against racial or ethnic others, or they examine these death squads as part of the system of governance for dictatorships, serving at the pleasure, and for the preservation, of a small clique of elites, by cracking down upon “agitators” and their ilk. Either way, the presence of death squads allegedly constitutes an exception to the traditional liberal order; this type of organization would surely be anathema in a functioning democracy, or even a government in transition. Moreover, governments that employ such death squads are popularly viewed as having turned their backs upon the modern, international order in favor of a more limited and barbaric worldview.

That is, indeed, the popular conception, but as Tasneem Khalil documents in Jallad: Death Squads and State Terror in South Asia, this view proves incorrect. Khalil, a journalist who survived kidnapping and torture at the hands of Bangladesh’s Directorate General of Forces Intelligence, surveys the apparatus of state terror in South Asia and arrives at the following conclusions: 1) death squads are a continuation of models of oppression instituted by the old colonial powers of Europe, 2) death squads function within the capitalist order even within nations like India, which has dubbed itself the world’s largest democracy, and 3) these death squads are part of an international system of terror supported by the likes of the United States, China, and Israel. The title of his book, Jallad, comes from a word common to Hindi, Urdu, and Bengali, meaning “hangman” or “executioner”.

Khalil opens his book by hearkening back to the Rowlatt Act of 1919, described as a “black law” by Mohandas Ghandi, which allowed the Raj to impose a permanent state of emergency in British-occupied India, complete with preventative detention without trial, warrantless search and seizure, and juryless trials. Such laws, imposed during the colonial era, serve as a template for modern “black laws,” such as India’s National Security Act of 1980/1984, or the Armed Forces (Punjab and Chandigarh) Special Powers Act of 1983. These laws allow special police forces to use lethal force against civilians while protected by blanket immunity. These laws target not just armed insurgents, but also the poor and downtrodden, who reside in the impoverished “disturbed areas” at the periphery. ‘Marred by socio-economic injustices, these can be entire regions in a country or areas within the metropolis, like Punjab in 1919 or the present-day slums of Mumbai. These are the new colonies of the post-colonial mother country’ (10). Post-colonial states, asserts Khalil, have adapted colonial forms of repression, becoming modern national security states.

Khalil devotes individual chapters to five separate South Asian states, explicating the emergence of the national security state apparatus in each, beginning with his native Bangladesh. There, Pakistan inaugurated a wave of genocidal oppression as what was then East Pakistan sought its separation, but the rise of Sheikh Mujibur Rahman, former leader of the independence movement, unleashed his own reign of terror, creating the Jatiyo Rakkhi Bahini, a paramilitary death squad, in 1972. Similar units, such as the Bangladesh Rifles and the Rapid Action Batallion, have been employed against various groups—the former against the indigenous jummas of the nation’s hill country, the latter against “common criminal and petty thugs who come from the slum,” so-called “economic terrorists” who eventually “outlive their usefulness or become burdensome for their political sponsors” (22). Khalil next moves to India, where the government has made use of black laws from the colonial era, and even paramilitary units originally founded by the British themselves, such as the Assam Rifles, in order to repress a population. As he writes, ‘The history of India’s independence is the history of coercive recolonisation campaigns and brutal repression in the new colonies…. It is also a history of pervasive structural violence and massive economic exploitation endured by the people of the peripheries—the adivasis of the Red Corridor and internal migrants living in the slums of Mumbai, Delhi, Kolkata and other metropolises’ (44–45).

Nepal provides one exception in this book, given that it was never part of the British Raj, but its conflict with Maoist rebels led to the formation of paramilitary units and to the nation coming under the influence of the international “War on Terror” coalition, as well as regional powers like India. ‘For many Indian national security experts, Nepal’s war against the Maoists was an extension of India’s own war against revolutionary Naxal groups’ (58). Next, Khalil moves to Pakistan, where death squads have been employed against a number of groups, most notably those advocating for the independence of the mineral-rich Balochistan. That nation’s own international partnerships for the sponsorship of its regime of state terror transcend ideology; not only has it partnered with both capitalist and communist powers against each other and against India, but ‘Pakistan, the Islamic Republic, was a major US ally in its war against Islamic terrorism’, and has been one of the states ‘in the periphery of the world capitalist system’, where ‘Western national security states outsourced their torture needs’ (71, 70). Finally, Khalil wraps up in Sri Lanka, a state that has used a number of black laws, including the 1947 Public Security Ordinance enacted by British colonial rulers, to suppress dissent. However, this oppression did not end with the 2009 defeat of the Literation Tigers of Tamil Eelam (LTTE), for, funded by the United States, Pakistan, China, and Israel, Sri Lanka’s national security state continues to target journalists, human rights activists, and others who vie against elite priorities.

Jallad would serve as a good companion to Arundhati Roy’s Capitalism: A Ghost Story (2015), which draws connections between the implementation of black laws in India and a legacy of capitalist exploitation that has left some eighty percent of the population living in poverty. After all, India has laws outlawing even thinking antigovernment thoughts, namely the Unlawful Activities (Prevention) Act, and the Chhattisgarh Special Public Security Act, backed up by military and paramilitary groups that can murder those even suspected of insurrectionary activities. But this goes further than a critique of regional subjectivities. Not only does the international system of state terror, exemplified in the five nations under examination in Jallad, operate in support of capitalist exploitation, but it actually, according to Khalil, follows the capitalist model, exhibiting all the traits of a franchising operation. ‘That is to say, at the global level, the business of state terror is always dependent on the relationship between the sponsor (franchiser) states and the affiliate (franchisee) states. In our world, without exception, terror is perpetrated by states that are either affiliated with global or regional hegemons or that are hegemons themselves’ (118).

Also, Khalil’s exposé calls into question the very weakness of our concept of “democracy” itself. After all, if we can see the death squad as part and parcel of a formal democracy like India, then we may well describe other phenomena in history by the same term. For example, the typical American lynch mob could be viewed in the light of the death squad model, especially what W. Fitzhugh Brundage has dubbed the “private mob”, the small group of armed men, often masked, who conducted kidnapping, torture, and murder under the cover of darkness. Lynching, after all, was regularly employed against dissidents, especially African Americans who “forgot their place”, and challenged white authority in some fashion. The fact that such acts of violence were rarely prosecuted made them essentially a component of state terror, given that the motives of lynch mobs and the state aligned in the preservation of white supremacy and the capitalist order. The United States had its own death squads, but, in true American fashion, they were democratic and existed on an ad hoc basis. So if a formal democracy can exist alongside black laws and death squads, then, perhaps, we need to redefine the term to represent not just ostensible political equality but also true economic equality, that is, if we want “democracy” to be a true term of aspiration, to represent a concept that excludes state terror.

Jallad suffers from some repetition, and its journalistic style means that some content is arranged more for fostering a captivating narrative than for providing a logical progression of development. However, Tasneem Khalil has packed a lot of information into this slim volume, drawing linkages that are often overlooked and demanding justice as only one who has suffered the opposite can do (a closing chapter relays his own experience of kidnapping and torture). Jallad not only demands a deeper study of state terror in both South Asia and the world at large, but it also demands justice for all the victims thereof—past, present, and, unfortunately, future.