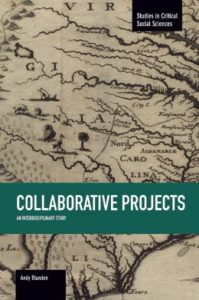 In the midst of an era in which populist resurrection of deep-seated fears and prejudices have fostered the resurgence of individualism and isolationism as key facets of public policy, Collaborative Projects offers the alternative of hope for the resurgence of community organizing and collective thinking at a fundamental level. Through anecdotal accounts and the careful unpacking of evidence and results, the aforementioned volume provides both the theoretical framework for collaboration and the incentive for implementation of collaborative-based strategies, effectively tendering an assurance that real, positive change is possible by advancing shared needs and common goals in concert with rational praxis.

The review of literature presented in Andy Blunden’s introductory text provides the historical and theoretical foundations of the projects discussed in this volume, with appropriate emphasis on the Marxist tradition and the real-world application of Vygotskian theory. To be sure, some quick study and learning via context is in order for those who are not well acquainted with Soviet-era psychology and Vygotsky’s Activity Theory in particular. But Blunden’s exposition offers a succinct overview of key terms with their respective historical contexts, including the concept of a “project” as a molar term rooted in Activity Theory and, by extension, Classical German philosophy. Subsequently, what emerges from this discussion is a carefully woven tapestry depicting a much-needed alternative to predominant models of problem solving and policy making.

The first part of Collaborative Projects profiles twelve research projects, providing narrative accounts and statistical data concerning a variety of endeavors in fields including child development, substance abuse treatment, and higher education. Of particular note to readers interested in obtaining a broad and somewhat longitudinal perspective on a multifaceted, community-oriented collaborative project is the volume’s overview of the 5th Dimension Project, in which the program’s founders initially set out to study literacy initiatives for “learning disabled” children and ultimately took on the role of actually educating “problem” children with an unprecedented synthesis of the technological advancements of the day and educational approaches drawn from Activity Theory.

Innovative endeavors including Copenhagen, Denmark’s U-turn facility for young people with drug problems, and the university-based initiative for “collaborative learning space”, are also presented to readers with a consistent emphasis on the importance of sustained participation of key stakeholders.

Jennifer Powers’ ‘Change Through Collaboration: Gay Activism and HIV/AIDS in Australia’ brings added dimensions of prejudice, culture, and socio-political differences into the larger discussion at hand, recalling the difficulties faced by activists in the earliest period of AIDS awareness. Powers recalls that the persistence of Australia’s gay community – an “organized community” that “really demanded the implementation of new public health principles in response to a direct threat” – pushed governmental entities and institutions into a position of action (256). Along the way, activists built bridges of cooperation with doctors and journalists, converting doubters and skeptics to concerned and invested allies.

The authors of the works that comprise Collaborative Projects candidly share accounts of victory and success as well as difficulties and setbacks. Indeed, the struggles faced by the academics, activists, and organizers who contributed to the volume are perhaps best stated in Beaton and Blunden’s exposition in Australia’s protracted campaign to ban asbestos in which they note the institutionalized challenges of collaborative work.

“(T)he behavior, loyalties, and beliefs found in the world of work in a capitalist economy cannot be grasped solely in terms of economic categories or theories of social reproduction,” explain the authors. “In the order of Nature, so to speak, individuals occupying the same economic position are in competition with one another” (262).

In the second part of this volume, twelve writers share reflections regarding the benefits of collaboration in projects small and large, exploring the theoretical concepts behind collaboration and the implications of a broader application of collaboration as both a strategy and catalyst for change. Although it falls late in the book, Greg Thompson’s ‘Spirited Collaborations’ serves as a kind of conceptual core of the volume as a whole. Reflecting on the book’s earlier chapter ‘Rhythms of Collaboration’ by Vera John-Steiner, Thompson notes the rather pressing “need for an alternative to the ideology of the isolated individual” (347). Drawing upon the social ontology of Durkheim and Hegel – with a tip of the proverbial cap to Rousseau’s dialectical conception of the individual and society – Thompson ultimately brings the discussion to Marx, noting the Marxian foundations of contemporary social activism.

Although it would likely prove beneficial for prospective readers of Collaborative Projects to undertake some preparatory reading on life and work of Vygotsky as well as some of the more widely-known applications of Activity Theory – including Golden Key Schools and The 5th Dimension afterschool program – astute readers will ascertain the necessary tenets associated with these concepts through an attentive reading of the text.

But despite a probable learning curve for readers who are unacquainted with Activity Theory and related Vygotskian concepts, Collaborative Projects is an engaging volume, providing useful insights and strategies for organizers and activists. Indeed, the cumulative lessons shared by the authors of the works that comprise this book present a persuasive message that collective action, achieved by communication and collaboration, brings about the meaningful changes that ultimately lead to profound improvements to the lives of individuals as well as to their respective social conditions.