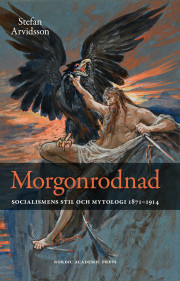 Dr. Guy Lancaster is the author, co-author and editor of several books on racial violence, most …

In the prologue of his 2001 book Christ: A Crisis in the Life of God, Jack Miles notes that the centrality of the crucifixion in Western culture has long had revolutionary implications that often go unrecognized by those powers that use the figure of Jesus to justify their own rule. The revolutionary implication is that there remains within Western culture a suspicion that political or religious authorities may be the bad guys of this story — after all, if it turns out that this upstart itinerant preacher, and accused criminal, was actually the Son of God, then might any suspected criminal be Christ, and any authority, in turn, be Herod or Pilate? Indeed, many have sought to overturn the order of the day: from the early Protestant reformers, to abolitionists in the United States, and revolutionaries in Central America. They all embraced the figure of Jesus for the support it symbolically provides their own ventures, taking on his revolutionary mantle against the Pharisees and Caesars of this present era.

As Stefan Arvidsson notes near the end of his new book, the title of which translates to Red Sky at Morning: The Style and Mythology of Socialism, 1871–1914, that “[t]he mythologizing of a past epoch and culture — that is to say, its construction as an ideal for one’s own time — is, of course, a process that always occurs in concurrence with the dream of the future: the picture of yesterday is colored by the dream of tomorrow, which, in turn, is colored by the past, and so on” (“Mytologiserandet av en förfluten epok och kultur, det vill saga uppställandet av dessa som ideal för ens egen tid, är förstås en process som alltid sker i växelverkan med drömmen om framtiden: bilden av dåtiden färgas av drömmen om framtiden vilken i sin tur färgas av dåtiden och så vidare”) (217). A professor of religious history, Arvidsson examines socialism in the period between the Paris Commune and World War I as a culture, with an interest in how the movement repurposed the symbols and motifs, such as religious images or the rituals of fraternal groups, dominant in the culture at large, as the means of advancing a political ideology while also creating a sense of community. After all, “ideologies and religions not only spread, and convince, through their clear analyses, well-argued proofs, and sharp logic. No, they win as many adherents through an appeal to feelings, by waking up hope and giving a shape to anger” (“ideologier och religioner inte bara sprids och övertygar genom sina klara analyser, välargumenterade bevisföring och skarpa logik. Nej, de vinner i lika hög grad anhängare genom att appellera till känslor, genom att väcka hopp och ge form åt vrede”) (13).

Arvidsson begins by illustrating what he identifies as two sub-traditions within the socialist movement: romantic and classical socialism. The first is typified by an idealization of rural and small-scale life, a suspicion of industrialization and bureaucracy, and a focus upon the artistic and existential side of human emancipation. The latter emphasizes the liberating power of education, scientific truth, and secularism. Both strains, however, employed “mythical politics”, or the rhetorical employment of images and allusions drawn from the Bible, such as Babylon and Mammon, and Jesus the son of a carpenter; medieval romances, especially the figure of the knight; classical mythology and history, with heroes like Spartacus and villains like King Midas; and monstrosities drawn from the Western bestiary, such as vampires).

Arvidsson devotes two particularly rich chapters to the Knights of Labor, founded as a secret society in Philadelphia, Pennsylvania, in 1869 but which went public in 1878, and spread rapidly, claiming some 700,000 members by 1886. The Knights of Labor encoded much of its ideology into a regime of rituals adapted from Freemasonry, rituals that would appear out of place in the modern labor union. However, this practice was designed to create a sense of brotherhood, the fraternité of the French Revolution’s tripartite motto: liberté, egalité, fraternité. As Arvidsson notes, fraternité is typically rendered today by the gender-neutral term “solidarity,” which does not quite capture the shared condition implied by “brotherhood,” or “the ambition to build a cultural foundation that can constitute a real alternative to the alienating cultures of class society” (“strävan efter att anlägga ett kulturellt fundament som kan utgöra ett reellt alternativ till klasssamhällets alienerande kulturer”) (93). Moreover, the complex rituals carried with them the implication that the priest did not possess the only path to salvation, while the employment of biblical rhetoric helped to frame the idle rich as trespassing not only on decency but also the ordained laws of God, particularly the mandate, given to Adam and Eve, that they must labor in order to feed themselves. And, of course, the very name, Knights of Labor, recalled medieval stories of chivalry and heroism.

Another product of romantic socialism was a certain utopianism, or the expectation that socialism “shall recreate the beautiful, authentic, and organic society of the Middle Ages, a society where work is more free and more enriching” (“ska återskapa medeltidens vackra, autentiska och organiska samhälle, ett samhälle där arbetet var friare och mer berikande”) (128–129). Though many looked toward the past for their perfect societies, or established them in fictional accounts on some strange continent or unspecified location, Edward Bellamy’s 1888 novel Looking Backward: 2000–1887 was one of the first within the utopian tradition to set its utopia in the future. As Arvidsson notes, such literary creations by Bellamy and others drew from a long symbolic tradition in their depiction of a paradise that could be created: the Elysian Fields, the Second Coming of Christ and the descent of the New Jerusalem, Avalon, and Eden (147). The various artists of the socialist movement traded in their own utopian visions, as with Walter Crane’s 1891 The Triumph of Labor, which mirrors the classical Roman triumphal procession in its depiction of a Labor Day parade. Though utopianism may be a moderate expression of political idealism (Bellamy saw the perfect society arising slowly from a series of changes), such can serve a rhetorical function by the opposition it produces, the conservative, and rather Panglossian insistence that this present world is the best of all possible worlds, never mind its many obvious deficiencies.

Of course, although socialists may have employed religious symbols and rhetoric in working to rouse the working class, socialism, for the most part, still constituted a critique of organized religion, especially the idea that God had ordained the distribution of earthly wealth. As Arvidsson notes, the critique of religion generally followed along three lines: 1) the Enlightenment stance, which opposes religion as wholly false given its discord with scientifically-gained knowledge, 2) the rebellious stance, which was more anti-clerical, against the privileged position of priests, than philosophical, and 3) the Young Hegelian stance, which saw religion as the heart in a heartless world, the opiate of the masses, to use Marx’s famous description. However, there were many socialists who sought not to expunge religion from the world, but instead to replace it with a “World Religion”, to use the term employed by British socialist E. Belfort Bax. Though such efforts were much more common in the late 1800s than they are now, they were generally not successful, “[e]ven if it was a kind of religion, it was a symptom of—and a contributing factor to—the profaning of the cultural landscape in the West” (“Även om den var ett slags religion var den samtidigt ett symptom på, liksom en bidragande orsak till, profaneringen av det kulturella landskapet i västvärlden”) (177). Likewise, though many tried to see socialism itself as a kind of religion, a totalizing force, within the political culture of socialist groups there was little attention to the kinds of existential questions that drove religious movements.

Arvidsson’s book is more than an intriguing study of literary or artistic motifs, it is also a warning. After all, fascism has always made terrible (and successful) use of symbols, has always claimed to represent the Right and the Good, and has always advanced its own dark utopian visions. To abandon the symbolic world of culture is, therefore, to abandon the rhetorical tools needed to combat such movements. Especially for historians of religion, like the author, it is important not to limit one’s studies to how elite powers deployed their symbolic arsenal but also understand how those symbols might take on new meaning in the hands of the oppressed. To modern sensibilities, trained by the modernism and postmodernism that arose in response to world wars, the expression of socialism’s critique of capital and class through arcane rituals and utopian yearnings might strike one as naive or misguided, but these manifestations of idealism played important roles within the movement, as their memories must today. “A culture that aims to be truly humanist must try to remember the efforts of the dead, their stories and expressions—regardless of whether we know, beforehand, that we sympathize with their ambitions and solutions or not” (“En kultur som vill vara sant humanistisk måste försöka minnas de dödas försök, deras berättelser och uttryck—oavsett om vi på förhand känner att vi sympatiserar med deras strävanden och lösningar eller inte”) (223). Moreover, socialism’s explosive growth from the 1870s onward, such that it ranks as possibly the fastest growing ideological movement, stems, in part, from the diversity of its manifestation—from radical communes and secret societies to political parties and even attempts at creating new religions. There is a lesson in this, and Arvidsson has done fantastic work in uncovering it. Morgonrodnad pursues these oft-unremembered experiments in socialism with a true delight and intellectual curiosity that is the mark of excellent scholarship, and that will no doubt expand the horizons of inquiry for years to come.