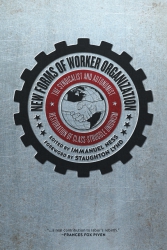 Some of the most important debates in contemporary radical theory are about organisational structure and strategy. Since the Occupy movement in particular, there have been multiple discussions about the importance and structure of radical organisations, especially about internal structures of deliberation and decision-making, about the avoidability and desirability of hierarchy and leadership, the importance of prefigurative politics, whether political parties are a necessary and/or useful component of revolutionary politics, how to relate to the state, and more. These debates have brought numerous different strands of Marxism, anarchism, and other forms of radical thought into sorely needed dialogue, a dialogue to which both the books reviewed here contribute in different and important ways.

Chris Dixon’s Another Politics: Talking Across Today’s Transformative Movements is a discussion of contemporary radical movements in Canada and the US. It surveys, through extensive research and interviews with participants, the developing politics of what he calls their ‘anti-authoritarian current’ (3). In Part I, Dixon traces this current to a variety of influences, emphasising in particular anti-racist feminism, prison abolitionism, and a modified form of anarchism. He argues that this current is based on an opposition to authoritarianism, capitalism, oppression, and imperialism, and that it is centrally committed to developing new forms of social relations and structures in order to prefigure a future society. These prefigurative forms include ‘nonhierarchical decision-making structures, efforts to develop more caring ways of relating, and activities aimed at transforming dynamics of privilege and oppression’ (17).

Part II moves on to questions of strategy. After discussing some common pitfalls of recent anti-authoritarian movements, Dixon argues that a movement-building orientation is being developed to overcome them, without sacrificing any of the core commitments discussed in the foregoing part. He goes on to explore how the North American anti-authoritarian current is beginning to develop a promising way of relating reform struggles to long-term revolutionary goals and their efforts to develop the infrastructure of a new society within the shell of the old through building counterinstitutions.

Finally, the chapters of Part III examine some of the practical issues currently facing the anti-authoritarian current in the US and Canada. Here he argues that members of the current are increasingly distinguishing activism from organising, and developing an organising orientation focused on bringing together activists and non-activists to form large movements and organisations in order to build the collective power needed for social revolution. He also discusses the much-vexed issue of leadership, arguing that claims that such movements have no leaders are mistaken and often contribute to concealing dynamics of leadership, and goes on to examine the various attempts by North American anti-authoritarians to attend to these issues and develop anti-authoritarian practices of leadership and leadership development. Lastly, Dixon discusses the different organisational forms that these movements take, examining their strengths and weaknesses and arguing that movement-building approach to organising is guiding anti-authoritarians to focus more on the features of organisations than on any specific forms, increasingly taking a more pragmatic and context-sensitive approach to the latter.

Dixon’s book has a number of significant strengths. It draws on the knowledge generated by and for social and political movements themselves, in an effort to bring together and develop their lessons further. Although focused exclusively on movements in the US and Canada (though excluding, as the author points out, much of the French-speaking Canadian movements due to language issues), it still retains an important historical perspective. For one, the author is careful always to distinguish between the kinds of anarchism prominent in many contemporary North American movements and the historical anarchist movement in general. Still, readers may wonder to what extent anti-authoritarian and non-hierarchical modes of organisation are suited not just to such social and political movements, but also to people organising at the point of production in parts of the world very different to Canada and the US. Immanuel Ness’s edited collection, New Forms of Worker Organization: The Syndicalist and Autonomist Restoration of Class Struggle Unionism, discusses a range of current organisations and movements across the world that are attempting just that.

New Forms of Worker Organization ranges across a variety of attempts in different parts of the world to develop an autonomous and non-hierarchical workers’ movement to fight for a future society beyond capitalism and the state. In his introductory essay, Ness argues that this sort of organising is critical to reinvigorating the labour movement, which has suffered greatly from the disempowering and pacifying impact of bureaucratic union structures, increasingly dependent on attempted, and failing, cooperation with management and political parties. He argues that the ‘new forms of antibureaucratic and anticapitalist forms of syndicalist, council communist, and autonomist worker representation’ that developed during the early to mid-twentieth century are gaining ever wider currency today, and are successfully ‘expanding the democratic capacity of workers to advance their own economic, political, and social interests without external intermediaries’ (1). As this indicates, the movements in question draw on a variety of Marxist, anarchist, and other sources, demonstrating in practice that fruitful dialogue between these two traditions is possible. Among the case studies, every continent is represented, from the development of autonomous workers’ struggles in China and the rise of the Italian COBAs, to struggles for workers’ self-organising in India, South Africa, and Argentina, to the Swedish SAC, both the American and British IWW, and an experiment with worker self-management in Australia.

As Ness points out in his illuminating introduction, these forms of organising have a number of converging components. They are: 1) ‘typically rooted in the class solidarity that emerges in the workplace and community’; 2) they ‘seek to counter the growth of precarious labor and reformist labor relations by cultivating democratic structures at the point of production’ (2), relying on participatory democratic structures and workers’ self-activity rather than on professional intermediaries; 3) they envision and strive towards ‘a self-managed, stateless, and socialist future’ (11); and a number of them also 4) try to ‘establish a prefigurative politics of worker organization, setting the basis for the transformation of the entire economy’ (2). In general, there is also 5) en emphasis on tactics of direct action; and 6) a rejection of relying on political parties or protracted negotiation with state and capital by means of intermediary bureaucracies.

With the evident and widespread failure of existing (bureaucratic) unions to defend and assert workers’ rights in a context of neoliberal crisis, what hope does this emerging trend of worker organising hold for the future? The case studies Ness has collected indicate that they can indeed produce victories for workers, as well as arguments for preferring them to traditional, bureaucratic organisations. Despite opposition from capitalists, governments, and bureaucratic unions, self-organising British cleaners, South African miners, and US fast food workers have been winning important victories. Many are also growing in number and activity.

Key to these successes, the book’s contributors argue, is the fact that these organisations deliberately avoid being bound to political parties that participate in elections and existing government activities, as well as developing or accepting existing intermediary layers of bureaucrats. This is based both on prefigurative commitments to avoiding unnecessary hierarchies within would-be revolutionary organisations and on the experiences of how such bureaucracies have tended to develop interests distinct from and opposed to other workers, tend to become co-opted by capital and the state, and thwart worker self-organisation and thereby weaken workers’ struggles. Predictably, one of the common responses to these forms of worker organising by states and capitalists has been attempts either to strengthen or create bureaucratic union structures which better suit the interests of capital.

A common critique of such organisations is that they are merely spontaneous in nature, lacking the kind of on-going organisation that can develop the necessary theory, strategy, and coordination needed for social revolution. In some of the cases discussed, there is indeed a notable lack of on-going unified organisation – e.g., the Italian COBAs as a whole, though not all of the individual organisations, autonomous workers’ struggles in China, and the South African autonomous workers’ assemblies and committees – and in others we are talking about organisations that are still finding their feet – e.g., the IWW in both the US and the UK. A related lack of on-going organisation and coordination has plagued the movements that Dixon discusses, though this is, he argues, currently changing. However, this pattern is far from uniform. This is shown in the Ness collection for example by organisations such as the Swedish SAC – the world’s oldest anarcho-syndicalist union at over 100 years old – and Dixon too mentions a number of lasting dedicated anarchist organisations – though unfortunately he does not go into them in detail. Notwithstanding these weaknesses, many of which are in the process of changing, the movements and organisations under discussion in both books cannot all accurately be described as spontaneous in nature. In many cases they are lasting organisations with formal rules and procedures, determinate memberships, they develop strategy and tactics, and they consciously act on that basis.

Another common concern about such organisations is that by rejecting political parties and the introduction of socialist ideology from without, they will be unable to develop beyond a trade union consciousness. What exactly ‘trade union consciousness’ is supposed to amount to varies across commentators, but on any of its definitions both books refute the claim. The organisations Dixon discusses, though focusing on a wide variety of different issues, all share a multitude of commitments, such as anti-authoritarianism, anti-capitalism, anti-oppression, and anti-imperialism; their goals are therefore revolutionary in nature and go far beyond any single issue, including ones of improved wages and working conditions; and they are and have been developing visions of a future society and about the appropriate strategy for getting there. Similarly, many of the organisations discusses in Ness’ collection – such as the Subte workers in Argentina, many members of the COBAs, and the SAC – are also explicitly anti-capitalist in their goals. They address a multitude of different struggles not only in workplaces, but also in their local communities, including struggles against austerity and anti-immigration policies; and have a broad vision of a future society and the correct means of reaching it that play important roles in guiding their activities.

In short, both books are essential reading for anyone interested in radical political theory and practice. Both offer critical insight about contemporary radical movements, recovering a history of the radical present which we all too often know too little about, and which is vital for debates about developing radical movements and organisations today.