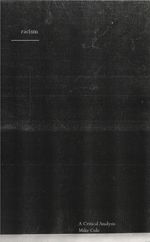 Cole, in his clearly written and well researched Racism: A Critical Analysis, accomplishes two main goals. The primary goal of the work, as the title suggests, is an analysis of the history of racism in three Anglophone countries: the United Kingdom, the United States, and Australia. Secondly, Cole devotes substantial effort to a section which serves as an introduction to and situation of critical race theory. Toward the primary end, the book breaks interesting academic ground by adding to the usual story of color-coded racism in the three nations, notions of race that go beyond color as such; and, importantly, it explores some of the most explosive topics of today’s politics: Islamophobia, and the recognition of the Anglo world’s treatment of the native populations on both the Australian and North American continents. Despite the book’s relatively complex subject matter, the analyses and accompanying theory sections are written with a thoughtfulness and clarity that make the material accessible not only to seasoned academics, but also junior scholars and students. Overall, the reader is left with a richer understanding of the history of racism in the three aforementioned nations with an aim at improving lives going forward.

The initial chapter gets much of the theoretical heavy lifting out of the way, which makes for a much easier read of the three case studies that compose the novel contributions of the book. This theoretical section makes few assumptions on the knowledge of the reader and explains racism as a social construction which is often done by the process of racialization. Following this, clear explanations of Marxism, including its neo-, humanist, and structuralist varieties are provided, which serve to give a sense of this particular strand of philosophical thought without bogging the reader down in unnecessary jargon and situating the book within the broader field of Marxist thought. Finally, critical race theory is given a somewhat lengthier treatment, which is understandable given that the book is, indeed, a work of critical race theory. While the book is primarily a set of three case studies, some of the praise of the work must be placed squarely upon the theory section. As an introduction to Marxism in several of its flavors as well as critical race theory as an extension of Marx’s thinking, the initial section could stand alone as a well-crafted pamphlet on the topic. The chapter provides useful introductions to the topic, gives the reader the necessary language to read the rest of the book and engage in meaningful discourse on the subject matter and, just as important, points interested parties to the primary works of theory.

The cases begin with a study of the United Kingdom; in which the histories of race and class tensions, Cole argues convincingly, cannot be meaningfully disentangled. Along similar lines, the oft-repeated story of British racism as something of an outgrowth of the sometimes violent and usually repressive experiences of British China and Hong Kong in the nineteenth century make an appearance here. What is new in Cole’s work is the focus on postwar Britain, with the influx of poor migrant labor in the years immediately after the war and the most recent arrival of poor immigrants, many of them Muslim. His argument, that race has been and continues to be a mask for and component of larger class struggles in the British context, is both compelling and consistent with the Marxist focus of the work. A point by point analysis of the rise of UKIP in this context provides interesting reading, especially for foreign audiences. The chapter concludes considering the idea that racism in modern Britain is essentially the attempt of the bourgeoisie to keep the proletariat divided and bickering over everything from football to Islam. This claim makes clear the conceptual links between the British case and the previous theoretical chapter and provides much food for thought. Of special interest is that this chapter begins a major theme of the work, understanding racism against different groups as part of a broader scheme of racist and classist phenomena rather than as unique events that are simply to be understood historically. This more structural understanding provides scholars with more conceptual tools with which to understand the patterns of behavior that we are wont to act against.

A second substantive chapter focuses on the United States. The chapter attempts to break the black/white binary of popular discourse on race in the United States and provides histories of the often violent repression of Native Americans as well as considering the immigrant experiences of Latino/as, Asians, and, focusing on the post 9/11 period, Muslims. Similar economic arguments are made in this chapter when comparing to the English case; it is the ruling classes that, more or less deliberately, exploit race as a dividing factor for economic gain. This argument is perhaps an easier sell in the American context, given the history of economic justifications for slavery in the South as well as the Indian Removal Act and the exploitation of immigrant labor. Similarly, the increasingly white nationalist tone of certain elements within American politics, as well as continued episodes of violence along racial lines, make the presence of racism in America less tricky to uncover than in the British case. One major fault of the chapter is the seeming lack of coverage on the non-color-coded racism that the United States has experienced, such as that experienced by Irish and Italian immigrants in the late nineteenth and early twentieth centuries. This omission is somewhat puzzling given that many of the same injustices we see now against African Americans were at one point perpetrated against the Irish; including the stories of these groups would only strengthen the argument of the book as a whole and ought to be included in any future editions.

A final case, Australia, focuses on the legalized maltreatment of the Aborigines, which is a much under-developed subject of scholarship within the field of political theory, and thus it is a relief to see it done justice here. In fact, a summary provided serves as an introductory history of the settler colonialism conducted in Australia, bringing the reader up to speed on what is almost certainly new to most readers. Sticking to the critical race theory framework, Cole makes the connection between the colonial experience and the poverty experienced by the Aboriginal population today, an argument strongly paralleled in the American and British cases. The section on anti-Asian racism makes the process of othering exceedingly clear along the lines of color, resulting in demeaning and demoralizing rhetoric toward non-whites. Beyond color-coded racism, Cole makes a special example of the Irish and Jews being considered as inferior whites, making the lack of such a section in the American chapter all the more puzzling. Finally, the growth of anti-Muslim racism is catalogued.

Concluding, the author notes several troubling trends, such as the failure of multiculturalism and the seeming tenacity with which racism maintains itself in the Anglophone world. Additionally, the Islamophobic trends found in all three cases, which seems to be building in the American context as this reviewer writes, gives some cause for alarm. And alarmed we should be, as the author makes clear in his final words. This alarm ought to be tempered with the knowledge that we can, and should, include matters of race into intellectual and practical struggles.

Racism: A Critical Analysis presents a clear introduction to the relevant fields of Marxist thought as situates itself as an entry into critical race scholarship. The three cases presented help the reader understand how the historical processes of empire and domestic expansions, as well as the explosion of global capitalism, have made and continue to make impacts on racism today. The American case could be better examined in terms of non-color coded racism, but this is a small blemish on an otherwise interesting, clear, and thoughtful piece of scholarship.