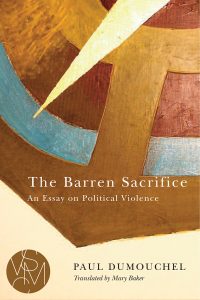 The reason that people like Joseph Stalin and Pol Pot managed to oversee regimes resulting in the deaths of millions but died in relative comfort themselves, is, according to the comedian Eddie Izzard, that they killed their own people: “We’re sort of fine with that. ‘Oh, help yourself. We’ve been trying to kill you for ages.’” By contrast, “Hitler killed people next door. Ohhh, stupid man. After a couple of years, we won’t stand for that, will we?” Of course, world leaders cannot actually proclaim their indifference to another ostensibly localized case of mass atrocity in another obscure corner of the globe, even if (or especially if) said violence does not threaten their own national interests, and the combination of relative inaction paired with the pervasive feeling that something simply must be done inevitably leads to headlines asking why the international community, yet again, allows this sort of thing to happen. However, an important question goes perennially unasked: why does the institution of the modern state, yet again, serve up violence on its own citizens, the citizenry from which it derives its very legitimacy?

As Paul Dumouchel notes at the beginning of The Barren Sacrifice, there is a scandal that “comes from the contradiction between the official function of the state, namely, protection of its members, and policies that target the extermination of a very large number of those members” (xi). In order to uncover the source of this apparent contradiction, Dumouchel applies to classical social contract theory and the emergence of the modern state René Girard’s analysis of sacred kingship and the sacrificial mechanism. Where modern political theory holds reason to be the foundation of the state, with rational individual actors giving to the state a monopoly on legitimate violence, Dumouchel holds that reason does not produce the state but rather flows the monopoly of violence; that is, until the emergence of such a monopoly, it remains perfectly reasonable for individual actors to employ violence as a means of securing better opportunities for themselves: “That is why, when the monopoly of legitimate violence yields under the blows of political violence, the distinction between violence and reason disappears…. Recourse to violence then looks to individuals not only like a rational option, but also, very often, eminently reasonable” (xvii).

In the modern state, individuals meet as individuals, economic atoms bonded together by a mutual self-interest rather than the profound obligations of solidarity common to traditional, close-knit groupings. The lack of reciprocal obligations to one another increases the moral distance between individuals and facilitates an indifference to the fate of others. “What makes the most atrocious evil banal,” writes Dumouchel, “is not the indifference itself, but the social arrangement that authorizes it and leaves us to our individual responsibility” (27). But why is this indifference a defining feature of the modern state? Observing that “the social contract is the measure by which we gauge the legitimacy of power, but it is not a mechanism that explains its emergence in history” (36), Dumouchel engages in an excavation with the aim of uncovering the genesis of political power. Beginning with pre-political societies, which, according to many anthropologists, tend to order their space of social relations generally within three concentric circles: 1) the space of kinship or clan identity, where solidarity is unlimited; 2) the space of adversarial relations or exchange; and 3) the space of warlike hostility, where ties of reciprocity do not exist. The relations manifest in such an arrangement, Dumouchel notes, can be summed up by the Arab proverb: “I against my brother, my brothers and I against my cousins, my cousins and I against strangers.” In other words, “the unanimity postulated by social contract theories cannot be reduced to an insipid agreement of opinions” but requires some kind of enemy or exterior (59). The modern state attempts to remove relations of enmity to a place outside its own territorial borders, but at the same time the institution of the state weakens traditional solidarity ties, in that everyone theoretically accedes to the social contract as rational individuals rather than as groups with their own, specific collective interests: “‘Universal’ solidarity detaches agents from their specific bonds of solidarity, and brings into contact individuals who, a priori, nothing but the prohibition of violence unites into a community. It leaves them free to choose, in their relationships with one another, between indifference and optional affinities” (69). History, heritage, and culture are thus employed to fill the space left in solidarity’s absence, to foster some sense of collective identity.

The reduction of human relationships to “friends” within the nation corresponds to a conflation of the relations of enmity without, so that all of a nation’s enemies exist within the realm of warlike hostility, marked by a lack of common norms that could limit the violence. With the emergence of totalizing “moral” wars, there also re-emerges the sacrificial principle, this time focused upon the figure of the “enemy within” as much as it is the “enemy without.” Here, Dumouchel employs as a touchstone the public, prolonged torture and execution of Alain de Monéys on August 16, 1870, before a crowd of nearly 800 people at the Hautefaye fair in southwestern France—for allegedly being a Prussian spy and for having reportedly shouted, “Vive la République!” However, the successful arrest and prosecution of de Monéys’s murderers makes this a revealing case, as it failed to become a true instance of political violence. Following Girard’s mimetic theory, Dumouchel observes that political violence “is violence that legitimizes itself. It is violence with which those other than those who commit it identify” (90). At Hautefaye, no one identified enough with the cause of the convicted to embrace it themselves. Dumouchel also sees in de Monéys the external foe who was also the enemy within, whose sacrifice was supposed to reunite the nation, adding that the failure to shift political violence upon a single adversary can, in some cases, lead to a search for more and more “enemies,” especially when paired with a system that allows individuals to exploit the state’s monopoly of violence for their own ends—in other words, genocide.

The case of de Monéys also pairs sacrificial violence with the banality of evil, as many people passed by unconcerned about the lynching taking place in their midst. What is the source of such indifference? Dumouchel traces its genesis back to the action of Christianity in history, particularly exhortations toward charity and forgiveness, which do not “bind [people] together through reciprocal duties” and create “no obligations from the person who receives” them (119). Relationships occur primarily at the level of exchange, the condition of which is supposed to be just and equitable. The reality, however, is far different, and market economies (the product of indifference) eventually and inevitably produce stark inequalities, as people are free to take advantage of those to whom they are not bound by ties of solidarity. Moreover, the absence of any identifiable victimizer transforms the plight of the poor into their own fault, thus making charity not recommended, as poverty is apparently the result of a moral failing: “Indifference toward the outcasts of exchange … is the everyday, ordinary form of the banality of evil. This rational, and rationalized, indifference transforms them into substitute victims,” substitute sacrifices (139). But the emergence of such victim groups challenges the state’s claim to equality and brotherhood—and, consequently, the state’s monopoly of legitimate violence. Thus the contemporary disorder marked by “the rise of special claims, multiculturalism, the return of religions as political players, and the fact that in many places it is becoming increasingly difficult to tell political groups from bands of criminals” (157). A globalized world means that the original friends-foes dichotomy can no longer be traced along national borders, and the disappearance of territory not only facilitates a dismantling of the state’s monopoly of legitimate violence but also “goes hand in hand with the disappearance of quality and the rule of law, features of the territorial order” (167).

Dumouchel expertly explicates the contradictions that lie at the heart of the modern state project, and how those contradictions are producing emergent transnational networks that successfully incorporate pervasive states of violence into the larger global economy. However, operating at the broad level of theory, he overlooks exactly how the modern state can, in fact, maintain its sovereignty, and its monopoly on legitimate violence, through an arrangement that permits the maintenance of group identities. Studies of lynching in the United States have typically concluded either that the U.S. constituted a weak state, in that it was unable to prevent the open (and celebrated) murder of African Americans, or that the U.S. was a fully-fledged (illiberal) apartheid state, the federal government being an active supporter of racialized violence. By contrast, Daniel Kato, in Liberalizing Lynching: Building a New Racialized State (Oxford University Press, 2015), employs the framework of “constitutional anarchy” for understanding the federal government’s role, observing that each branch of the federal government perpetuated a policy of nonintervention—by interpreting relevant laws in such a way as to constrain itself—that allowed localized racial violence to flourish. American liberalism was, itself, a deterrent against the expansion of liberalism across racial boundaries. The sacrificial mechanism, in the cases of American lynching, operated at the level of localized groups while, as lynching became increasingly racialized, aiding the production of a new group—namely, whites.

That small criticism aside, The Barren Sacrifice is one of those rare, truly revelatory works, as readable as it is enlightening, broad in its theoretical scope but nonetheless demanding practical application—for it forces those engaged in the work of justice, for example, to reflect deeply on how the best of intentions can, in fact, reify zones of exclusion and perpetuate violence, even if that violence is only of omission. Dumouchel ranks as a real successor to René Girard, doing for the realm of politics what Girard’s own Violence and the Sacred did for religion, revealing both the fundamental role of violence in state formation and how the contradictions inherent in the modern state have brought us to this present moment of transformation and confusion.