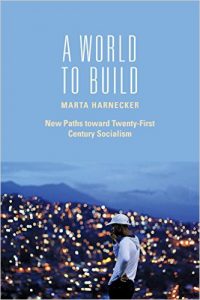 More than in any other comparable region of the planet, the history of contemporary Latin America has followed a clearly discernible pattern. In simplified terms, which is how it is often told, the story goes like this: The 1960s and 1970s were the dark times. The United States’ Cold-War manichaeanism empowered high-ranking military officials across Latin America, who executed a series of brutally efficient coups against populist and Left-leaning presidents, followed by extended periods of iron-fisted martial law. Only three Latin American countries were democratic in 1970: Colombia, Costa Rica, and Venezuela, and all three were in truth two-party plutocracies in which competing elites had arrived at satisfactory power-sharing compromises. Communist parties, for instance, were banned in all three countries. Both dictatorships and “democracies” had to contend with increasingly expensive import substitution economies, rising inflation, bloated bureaucracies, unprecedented income inequality, and militant Left-wing organizations (many of which took to armed rebellion). The international banks, flush with “petrodollars”, were eager to lend them money, and Latin American governments were quick to jump at the opportunity. When the cash spigot dried up the “debt crisis” ensued. The exact same process has led to the current chaos in Greece. “First as tragedy, then as farce,” as the Old Man said.

The 1980s were the time of “dual transitions”. By 1990 all Latin American countries were liberal democracies except for Cuba and Mexico, which officially underwent its democratic transition in 2000. In the economic realm, every country except for Cuba undertook a program of “structural adjustment”, designed to liberalize national economies so that they could become more competitive internationally, and so they could pay back their accrued debt. The first country to undertake structural adjustment was Chile, under the rule of General Augusto Pinochet. However, most other nations did it after the return of democracy. This “lost decade” was followed by the 1990s, in which structural adjustment gave way to the “Washington Consensus”, which dictated that Latin America was to follow the principles of neoliberal economics, enforced by international financial organizations, particularly the International Monetary Fund. This led to a relatively short period of economic growth followed by an extended period of stagnation and eventually a new crisis. From this crisis emerged the most recent era of Latin American history: the era of countrywide popular mobilizations that toppled presidencies as if they were sandcastles, and brought electoral victory to Left-leaning leaders across the region. There are two types of Left in the new Latin America, according to the story: there is the “moderate” Left of Brazil, Chile, and Uruguay, and then there is the “radical” Left of Argentina, Bolivia, Ecuador, Venezuela, and elsewhere. Then there is Cuba, of course, but the Caribbean nation, which used to be a protagonist of the story, plays nothing but the smallest of parts these days.

Marta Harnecker’s A World to Build is intended to be a keystone intellectual statement for the present times, one that both explains the current historical juncture in which Latin America finds itself, and points the way forward toward a socialist future. Much like Eduardo Galeano’s The Open Veins of Latin America provided rhetorical ammunition for supporters of the import substitution regimes of the 1960s, and as the multi-authored Guide to the Perfect Latin American Idiot did for the neoliberal regimes of the 1990s, Harnecker means to establish the narrative for one ongoing political experiment: Hugo Chávez’s Bolivarian Revolution in Venezuela. The book, she informs the reader, was completed “one month after the physical disappearance of President Hugo Chávez” (7), and dedicated to the departed leader and the “marvelous work that he began to build”. It is clearly, then, a work of hagiography, but in this sense not nearly as thorough or bombastic as Harnecker’s 2005 book-length collection of interviews and essays, Understanding the Venezuelan Revolution. In this new work she sheds light on, but significantly overstates, Chávez’s contributions to political theory and to Latin American economic development, as well as to the language the Left is to use in its quest for a “twenty-first century socialism”. It is, on its own terms, an enormously ambitious book. Unfortunately it does not remotely live up to the expectations the author sets for it.

When the Guide to the Perfect Latin American Idiot was first published in Spanish, it came accompanied by a preface written by the venerable leftist-turned-liberal Mario Vargas Llosa, still a few years away from winning the Nobel Prize for Literature. Vargas Llosa’s son, Álvaro, was one of the authors, and the book seemed to address many of the criticisms of the Left that both father and son had engaged in for decades. There was one problem; the Guide is a vociferously tendentious text, which explains in much detail, but not much nuance, why anyone who does not accept the basic principles of neoclassical economics is an “idiot” – ignorant, irrational, reactionary, and then some rather more colorful adjectives. It is not surprising that the elder Vargas Llosa could not bring himself to fully endorse the book. Rather, he praised it for belonging to a long tradition of controversial writings; a “pamphlet,” he called it, a blunt instrument of discord. Though much less vitriolic, and on the opposite side of the ideological spectrum, Harnecker’s book is likewise best understood as a pamphlet. It is simply too shallow and unreflective to be considered a serious work of theory or empirical analysis.

The book is divided into three parts. Part 1, the most empirically focused, means to outline the current political and economic situation. Harnecker takes two recent developments as the bases for her own version of the story: the rise of the Latin American Left both as social movements and victorious political forces, and the reduced influence of the United States on the region In this telling, the key figure of the leftward turn was Hugo Chávez. The particular ways in which Chávez in fact aided like-minded allies in other countries – for instance, the massive amounts of cash contributions the Venezuelan government made to their electoral campaigns – are not mentioned. Harnecker simply quotes some of Chávez’s favorite aphorisms and assumes everyone just followed his ideological lead. She makes little of the very real differences between the two Lefts, and in fact is more forgiving of the moderates, such as Brazil’s Luis Inácio “Lula” da Silva, than many supporters of the more radical wing. She has not a word to say about the criticisms directed at Chávez from the Left, in Venezuela and elsewhere, for the immense economic boon chavismo has turned out to be for a narrow class of government-sponsored millionaires, known as the boliburguesía – the Bolivarian bourgeoisie.

Harnecker is fond of providing lists instead of arguments to support her positions. For instance, early on she offers a catalog of important recent mobilizations against neoliberalism. The examples are not given equal treatment, however. Harnecker seems to have spent little time researching, relying instead on her previous knowledge of specific events, whether sufficient for this project or not. Thus, a discussion of a small-scale mobilizations of the Mapuche indigenous peoples in Chile gets a page and a half (17-18) while the monumental protests in Argentina in 2001 and 2002 get a short paragraph (22). Worse still, the less the author seems to know about a topic, the more she resorts to hyperbole to describe it. She informs the reader, for example, that “the entire population of the [Mexican] state of Oaxaca rose up in June 2006” and “established its own self government” which lasted for six months (24). Taken at face value, this is an incredible turn of events, but Harnecker hurries on and never explains what the “Oaxaca commune” accomplished, how it came to be, why it went away. Anything that does not match with the story is tossed aside with no comment. Another list purports to show the ways in which the United States has interfered with leftist politics in the region. Among the examples she includes an attempted 2010 coup against Ecuadorian president Rafael Correa, even though “there are no indications that the United States was behind this coup” (44). Indeed, she does not seem to mind when she contradicts herself. She never unravels the apparent paradox that she extolls Chávez for calling for a rejection of representative democracy and its replacement with participatory democracy, while at the same time bragging that Venezuela has the “highest satisfaction rating” for representative democracy among the Latin American states (28).

Parts 2 and 3 turn to political theory, specifically a defense of socialism as the best alternative for humanity and as a realistic political goal. Harnecker spends an inordinate amount of time trying to convince the reader that Chávez “was the first to have the courage to call this alternative society socialism” (58) and recounting how the Venezuelan leader evolved from a naïve belief in “Third Way” accomodationism to his coining of the phrase “Twenty-First Century Socialism” in 2004 (chapter 5). She then offers a perfunctory discussion of Marx and Engels’ notion of socialism (chapter 6) only to declare that we “have to go beyond” it (68). The bulk of this second part of the book (chapters 7-10) is dedicated to outlining the characteristics she believes are crucial to the new socialism; in a nutshell, participatory democracy is embodied by localized popular councils and assemblies, and embraces indigenous forms of communal living. Chávez, it is true, spoke a great deal about this alternative form of democracy. He also, as is well known, worked throughout his long tenure as president to concentrate power around himself and the movement around his Jesus-like persona. His successor, Nicolás Maduro, is currently paying the price of not measuring up to the founding leader. Harnecker does not seem to consider this problematic. After all, as long as “state institutions are run by revolutionary cadres” loyal to the leader (105), what could possibly go wrong?

Hanecker’s unwillingness to confront the very real lacunae in her theoretical approach and her brazenly selective use of facts are most evident in her non-treatment of the Cuban case. She spends a great deal of the second part of the book differentiating between Soviet socialism, outmoded, undemocratic, and the twenty-first century brand she is selling. How does Cuba fit into this dichotomy? Harnecker never says. She alludes to Cuba as the “honorable exception” that resists American imperialism, and she occasionally quotes approvingly from Fidel Castro’s speeches. However, she never criticizes the country’s lack of democratic elections or transparency, and she never as much as suggests that a nation ruled by the same family for half a century might be ripe for some reform. To do this would require a degree of intellectual honesty that would clash with the pamphletary nature of the book. It would get in the way of the story.