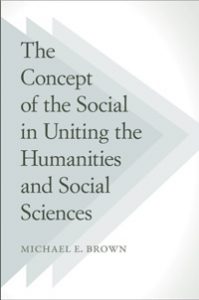 In this dense tome, the author attempts to outline a framework for the unification of the humanities and social sciences (what he refers to as ‘the human sciences’) centred on the idea of the social, which, he argues, is an irreducible and irrepressible ontological reality. This is an ambitious project that essentially attempts to bridge major and disparate discourses within Western thought including sociological, ontological, epistemological, political, and theories of action. The work encourages the reader to carefully consider the nature of inquiry, in those fields, and raises some important questions about their methodological assumptions. However, the sustained argument lacks cohesion, is underdeveloped and does not always adequately address the literatures it purports to speak to.

A summary reconstruction of this work is difficult because, unfortunately, the author has done little to outline the general argument and its progression, instead leaving it up to the reader to connect the various pieces presented. The following is this reviewer’s best attempt to reconstruct a largely fractured argument. Essentially, Brown puts forth the proposition that human affairs are, at their core, social ‘through and through.’ This sociality, he argues is an ‘irreducible’ fact and stands as a sub-theoretical background condition influencing all understandings of human affairs. Since it is a condition that exists prior to theory, sociality itself resists theorization. Brown seeks to move beyond this impasse by suggesting that this sociality should not be conceived of as an object, which has been the case in the disciplines he seeks to unite. Instead, they should be conceived of as a ‘course of activity.’ Brown is somewhat vague as to what this actually means, though he does distinguish it from an action, which he classifies as an event (8). This suggests that he means it as an uninterrupted, continually metamorphosing movement. Understanding sociality thus undermines ‘traditional theories of action’ which posit identifiable causal variables impacting the actions of individuals. Understanding sociality as a course of activity effectively means, then, the disappearance of individuality, which is merely an ostensible product, produced at a moment of reflection within the course of activity. It seems that this moment of reflection is important for Brown because it provides an opportunity to also reflect on the condition of theorizing (itself a course of activity) and allows insight into the condition of sociality, which resists theorization.

Another key point Brown makes is about the nature of the objects of investigation in the human sciences. According to Brown, in contradistinction to objects of investigation in the natural sciences, they involve ‘agency-dependent reality,’ meaning the reality of the object (the social) is dependent on how agents make sense of it at any ostensible moment while engaged in a course of activity. Essentially, Brown argues that, in the human sciences, agents are examining themselves through constantly altering theoretical possibilities, while simultaneously their object is also altering. It’s like examining a moving target with a moving implement. Brown suggests this to be a fundamental and unalterable condition of inquiry in the human sciences and that those engaged in them should realize and accept this. Ultimately, this means that knowledge in these fields is ostensible and fleeting, or as Brown puts it, it is knowledge of something, ‘as things stand.’

There are several valuable insights that can be gleaned from Brown’s work. The foremost is his argument for understanding human affairs as a course of activity. While it does certainly add complexity to modeling human activity, the added complexity would allow us to show how historical moments and social relations that are seemingly remote from behavior intertwine and set the conditions for that behavior. In other words, behavior is not a simple matter of one’s prior intentions.

Another important insight (although certainly not an original one) is that social conditions help to determine what sense can be made of the social world, and that the social world is constantly changing, and thus so too is the type of sense that can be made of that social world. This formulation brings to the fore the vital question for Marxists of how humans construct their own reality and the emancipatory potential of understanding this process.

In this book, Brown also brings an eclectic and unexpected set of authors to bear on his arguments. While his commentary on diverse sources is illuminating, it is not clear exactly why the thinkers are being brought into the discussion. This is partially due to the fact that the author has failed to situate this work within an identifiable literature. Clearly these authors reveal something Brown wants revealed, but their inclusion needs to be justified on grounds other than simply revealing what the author wants revealed. The selective use of the scholars and even limiting the discussion on a thinker to a specific text to support his position makes the reader wonder why, out of all the various literatures available, the author just examines the ones chosen. Are they somehow meant to be representative of a broad discourse? If so, this is not established. Or do they help reveal a larger truth that other works don’t, or don’t do as well? An answer isn’t made explicit. Furthermore, this work tends to characterize large literatures without actually establishing the validity of those characterizations. This is done throughout the book with various intellectual shortcuts: for example, by citing unspecified things like “most philosophical accounts” (231), “enumerable critics” (311) or “often identified” (353) ideas. This is also seen when the author refers to “the standard theory” (229) of action, which he takes to mean a theory of action that assumes agents taking account of others when considering their actions. It is unclear what exactly is ‘standard’ about this theory given that the author himself takes great pains to demonstrate that scholars like Hampshire, Hornsby, Nagel, and Searle have all shown the vulnerabilities of it (264). These techniques provide convenient representations of literatures for the author to work with in making his own argument; but, they also effectively compel the reader to accept largely unsubstantiated accounts if (s)he desires to read on.

Some of the closer readings of specific authors are also problematic. Chief among them is Brown’s admittedly interesting and clever assertion that Rousseau’s use of the concept of a state of nature was a device used to reveal the basic fact of sociality, which is “immediate and certain”, but “is beyond what mere argument” can show (51). Essentially, Brown argues that the notion of the state of nature fails on logical grounds because humans are social ‘through and through’ and it was Rousseau’s intention to set up the idea so that readers will see that it fails on logical grounds and thus come to the conclusion of the irreducibility of the social. Brown argues that the truth of the irreducibility of the social “cannot be demonstrated effectively by any means other than the one adopted by Rousseau” (90). This is thin. Basically, the argument is that Rousseau wanted to demonstrate the basic fact of society by constructing a narrative that portrays an a-social condition so that the reader comes to the conclusion that, in fact, what is being portrayed is an impossibility. If this is the only way to reveal that truth, how is Brown able to reveal it through a discussion of his reading of Rousseau? If this claim were true, then Brown would seemingly also have to express this truth in the same manner Rousseau did instead of making an argument based on a particular reading of Rousseau’s work. Furthermore, the author’s claims as to Rousseau’s intentions are unconvincing. The only evidence presented is the author’s own interpretation and moreover, this is a reading which addresses On the Social Contract outside of the context of Rousseau’s entire corpus; a controversial proposition for many Rousseau scholars. This reviewer is not opposed to the idea that Brown’s interpretation is a useful one. In fact, such innovative readings are a welcome contribution. However, Brown attempts to make a claim about Rousseau’s intentions and the evidence for that is tenuous. A better strategy may have been to simply present the reading of Rousseau as one’s own conclusion about the text and avoid the always very tricky proposition of having to establish what the intentions of another person were—a proposition which gets even trickier if we view actions (as Brown suggests we should) as something more than the sum of prior intentions but as products of humans engaged in a course of activity.

Overall, the book raises a few thought-provoking points about social inquiry, though the path taken to raise them is left wanting for the reasons just expressed. So too is the main conclusion that the concept of the social can unite the human sciences, which is ostensibly the main point of the book. It is unclear exactly how the author envisions this happening. There seems to be two conflated versions: 1) that they have a common object (what Brown identifies as the irreducible social) and 2) that they are bound by a particular epistemic condition, the constantly altering theoretical possibilities and object which are the consequence of humans engaged in a course of activity. The former is about getting scholars in these fields on board based on the recognition of a common object of inquiry, while the latter is essentially about getting everyone on board based on epistemological assumptions. Certainly these points are connected for Brown; but they need to be teased out if the theory is to have practical application, as the title of the book suggests it should.