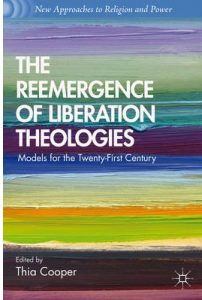 Thia Cooper
The Reemergence of Liberation Theologies: Models for the Twenty-First Century

Peter Admirand is a Lecturer in the School of Theology, Mater Dei Institute, Dublin City University. …

It is no surprise that with the election of Pope Francis, the Catholic Church, and liberation theology specifically, have seen resurgences. Forged in the context of poverty-ridden barrios, amidst the context of Latin American despotic regimes and terror, liberation theology has been a beacon of hope and integrity for the Church from its beginnings in the 1950s, through its official formation following the impact of the Second Vatican Council (1962­‑5) and the conferences of the Latin American Episcopal Council (CELAM) held at Medellín (1968) and Puebla (1979). Arguing that the Church must be a Church of the poor, and as developed through the preferential option for the poor, the theologies of liberation analyzed contemporary socio-economic and political structures in contemporary society that exacerbated the life of the destitute and deemed those structures (and the actions of people supporting and sustaining them) ‘sinful’, demanding widespread structural change. But there was a catch: some of liberation theology’s proponents (priests and nuns even!) were employing Marxist analysis in their thinking. A smaller contingent was even calling for violent revolution to combat the oppressive suffering and terror unleashed by government and paramilitary forces against the poor (often with the support of the United States).

The two most powerful people then in the Vatican, John Paul II from Poland and Cardinal Ratzinger (later Pope Benedict XVI) from Germany, had endured the evils of totalitarian regimes, and could only envision Marxism as an atheist creed bent on destroying everything the Church claimed to represent. In the context of the Cold War, liberation theology became suspect: many of its leaders were theologically censured, silenced, or replaced with individuals (initially like the young Jesuit Jorge Mario Bergoglio of Argentina) who would follow the Vatican line against liberation theology. With the crumbling of the Soviet Union and the apparent victory of capitalist and market forces, Marxism was deemed dead – and anything associated or supposedly associated with it, like liberation theology. But of course, the poor continue to suffer from malnutrition, disease, and squalid living conditions. If jobs are even available, living wages for most people, especially for families, are virtually non-existent in most parts of the world. And in the papacy of Benedict, with liberation theology marginalized more than ever, the Church seemed mired in the child abuse scandal and ever growing alienation from many believers and non-believers. As with Marxists post-1989, it was embarrassing to be a Catholic with these ever-growing scandals and focus on less relevant issues (divorce and the nature of homosexuality, for example).

Sinclair’s essay is the only one in the volume that explicitly and prominently refers to Marx. Its main concern, building upon the work of black liberationist James Cone, is to contend how society has structured and created categories of race (and through a Marxist reading, class) to marginalize and oppress certain people; in this case, black Americans, that hinder their human flourishing and relations. Acknowledging that Marx’s analyses are often reduced solely to discussion of class, she points out that they have ‘much wider implications and are deeply concerned with the analysis and disruption of oppressive and alienating social relations’ (166). However, issues of race are often overlooked, which is why she wants to combine Cone’s focus on the role of race in subjecting, forming, and controlling ideas of self (hence, ontology) as a means to correct ‘a white Marxian analysis that ignores the historic role of blackness and the privileged “property-ing” of whiteness in the capitalist production process’ (188). Sinclair also adds helpful comments on how Marx and Cone differ on the role of God and religion in the liberationist process. We thus have the seeds for a deeper Marxist-Christian dialogue, or one more broadly perceived as a religious-secular one, of particular import in our multi-religious, pluralist, and more agnostic or atheist-friendly world.

Complementing Sinclair’s essay, Jung Mo Sung argues eloquently for why economic systems need the ethical language and focus of liberation theology. In this regard, consider Thomas Piketty’s Capitalism in the 21st Century (2014, reviewed here) and its deep resonance with many liberation theology initiatives (like arguments for a global tax on wealth) – though never explicitly cited. Unfortunately, Sung does not mention Marx in her piece, though it is implicit in Joerg Rieger’s trenchant and valuable theological reading of contemporary society from a class and race-conscious focus. Rieger is particularly invested in finding ways to build solidarity among the poor and working class beyond other societal markers of division like race and ethnicity. As he writes: ‘While it sounds paradoxical, working people are also connected by the fact that they are played off against each other as well as against the unemployed by their employers’ (25). Elsewhere, Rieger has written about the goals and worthy values of the Occupy movements and turns to postcolonial (and biblically-based) analysis to present conditions for a more just world. This is a fine addition to that project.

Building from his excellent book, Theology, Liberation, and Genocide, Mario Aguilar (2009) contends that theology must be present and work in the context of mass atrocity, remembering these difficult truths of loss, but working in the name of such losses for liberation and change. Such sites are especially relevant in the context of indigenous communities which have witnessed such horrific degradation and violence and continue to be exploited or ignored, as most recently pronounced by the United Nations, which acknowledged that the Millennium Development Goals (MDGs) have been virtually bypassed within many indigenous communities. Not surprisingly, almost a third of the essays in the book examine these issues from, or connect them to, indigenous contexts of the most vulnerable.

Tink Tinker, for example, has been a tireless advocate for Indian rights and has deeply challenged the hegemonic, Euro-focused, and genocide-guilt past of Western colonialism (and capitalism). In his important essay, “American Indian Liberation: Paddling a Canoe Upstream,” he challenges the relevance of liberation theology for Natives Americans and demands further acknowledgement of and concessions towards the pain and suffering inflicted by Native Peoples in the name of Jesus, God, and Church. As he writes: ‘In sum, while the claim for liberation can play on christian and biblical themes, these are not our themes or our language. We will have to look elsewhere for freedom’ (63, italics and capitalization as in original). He also highlights how native peoples have their own challenges and obligations to fulfil, especially in living and affirming native values through care and concern for spiritual and political life in harmony with community and nature. It goes without saying that Marxist and philosophical conceptions can deeply benefit from Native American concerns, language, and themes.

Néstor Medina’s essay is a helpful complement to Tinker’s, critiquing the state of liberation theology in Canada from a Latina standpoint and highlighting the flaws and hypocrisies in Canadian society which claims the success of multiculturalism while immigrant and nativist groups continue to suffer and struggle disproportionately from the majority population. Mitri Raheb’s essay examines similar themes from a Christian Palestinian perspective, and while helpful in framing the issues from such an oppressed standpoint, (like Rosemary Radford Ruether’s essay) he seems to see the horrible plight of many Palestinians in an us/them dichotomy towards the State of Israel. This is combined with little mention of liberation theology principles among many Jewish advocates and liberation theology’s foundation in prophetic and ethical passages from the Tanakh (Old Testament). This is an important issue to highlight as many early proponents of liberation theology were often insensitive to living Judaism and the problem of supersessionist theology (believing for example that Christianity has replaced Judaism as the true religion).

Another tension and theme of the work is how and whether liberation theology employs (or is employed by) the social sciences. Benjamín Valentín does not want to invalidate the importance of the social sciences but to ensure that theology remains a needed and distinct voice in the conversation. Ivan Petrella, moreover, interestingly contends that more theologians need to go undercover (148) and be experts and well-conversed in fields like political economy, sociology, and law (147) – and I would add urban planning, marketing, finance, architecture, and medicine – in short any professional fields which can make a large impact on the quality of people’s lives, including but also going beyond core basic needs and rights. An issue here is how one nurtures and sustains the values of liberation theology if it is too far removed from its theological foundations, but in this sense a deeper dialogue with secular humanists would also be particularly helpful. As with the core ethical values of some Marxist analysis, which are often overlooked or rebuked because of a bias against Marx, liberation theology (because of a bias against theology in some contexts) needs to find other avenues and contexts to promote and develop its values and praxis.

Returning to Pope Francis, liberation theology has found a new and important ally in the current Pope. Echoing much of the language of liberation theology in his call for a Church of the poor, his criticism of capitalism and his public support of liberation theology founder Gustavo Gutiérrez, among other symbolic acts, have reinvigorated the movement (for the story of Bergoglio’s change of heart towards liberation theology, see especially Paul Valery (2013)). It has even led to allegations that the Pope is a Marxist (!), which of course he had to deny: I say ‘of course’ because Marx’s critique of religion remains anathema to the Church, but there is no denying the rich symmetry and complementarity of elements of liberation theology and Marxism. To hone and develop such ideas, The Reemergence of Liberation Theologies is a good place to start – or to start again.