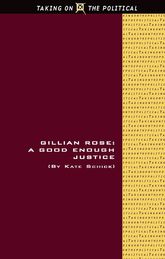 Adrian Wilding is currently a visiting scholar at the Institut für Philosophie, …

A new book on the philosopher Gillian Rose is an opportunity to reappraise one of the most original and incisive voices in recent British social and political thought. Rose, who cited Hegel and Adorno as the great influences on her philosophy, was an uncompromising intellect, and her untimely death from cancer in 1995 robbed British philosophy of an invaluable mind.

The first two chapters expound Rose’s ‘speculative’ Hegelianism and her later account of modernity as a ‘broken middle’. For Rose, Hegelian philosophy is essentially ‘speculative’ rather than ‘dialectical’ (Marx is one of many followers guilty of a ‘dialectical’ misreading). Rose’s Hegel is a thinker of openness rather than totality or teleology and the famous ‘identity of identity and non-identity’ is equally an account of their non-identity. Hegelian ‘spirit’ is no trans-historical demiurge but names ‘the structure of recognition or misrecognition in a society’ (28). Rose plays on recognition’s English connotations: an initial experience must be re-experienced and re-cognised before it can be comprehended. In her classic early work Hegel Contra Sociology, Rose argues that Hegelian philosophy rests on the possibility of ‘thinking the absolute’, Hegelian politics on conceiving an ‘absolute ethical life’ which transcends the ‘relative ethical life’ of bourgeois property relations and the dualisms of bourgeois thought. Bourgeois freedom and equality are insubstantial, dividing individuals into abstract ‘persons’ who are ‘identical and, therefore, able to be governed by exchange relations’ (33). Rose’s later thought redeploys the contrast between speculative and dualistic thinking against various intellectual trends, notably postmodernism. In works such as The Broken Middle and Mourning Becomes the Law, Rose strikes a less sanguine note, seeking out not the Aufhebung of dualisms but a tertium quid which comprehends their terms. In Rose’s later thought we are – socially and politically – always in the ‘middle’ of ‘triune structures’ of recognition and misrecognition (32), always in the midst of a breach between universal, particular and singular, always caught up in ‘law’ (a network of norms, institutions and determinations which runs deeper than the State or bourgeois legal status). Philosophy’s task becomes a paradoxical one: tracing the difficult path (aporia) towards ‘full mutual recognition’ (97) without the fantasy that what is ‘broken’ was once – or will one day be – completely whole.

Having presented these elements of Rose’s philosophy, Schick proceeds in Chapter 3 to rehearse Rose’s critique of post-modernism. The particular target here is the post-modern tenet that Enlightenment ideals and rationality have failed in the face of events such as the Holocaust. Using sources from psychology and ethnography, Schick reprises what Rose called ‘inaugurated mourning’ against any ‘melancholic’ attempt to place traumatic political events such as the Holocaust beyond representation or comprehension. The pious view of the Holocaust as ineffable masks the harsh reality that its causes and its mechanics may be ‘all too understandable’ (72). For Rose, the Hegelian, there is nothing a priori incomprehensible or inaccessible to reasoning, even if the path to comprehension is a difficult, aporetic one.

Chapter 4’s discussion of liberal cosmopolitanism targets ‘the cosmopolitan dilemma’, where the emancipatory impulse towards universal liberal values such as rights and justice leads to ‘marginalisation of the Other’ as ‘difference is sidelined by equality’ (81). Here is the flip-side of postmodernism’s over-emphasis on particularity and Schick finds an antidote to both in Rose’s speculative Hegelianism: Rose ‘sets her face firmly against the extremes of abstract universality and identity politics, which fall into dualistic reification of universal and particular, respectively’ (82). The way beyond these false alternatives is by ‘embarking on a journey towards recognition’ (89), though importantly, Rose’s own ‘aporetic universalism’ refuses ‘the temptation of positing a mended middle’ (89). Alive to the possibility that a politics waged in the universal interest may conceal merely particular interests or have its best intentions inverted, it nevertheless holds on to the universal without which ‘there is no political risk’ (90).

Under the heading of ‘political realism’ Chapter 5 discusses Carl Schmitt and the lesser known figure Hans Morgenthau. Both took leave of liberalism only to develop a more cynical or ‘tragic’ view of politics as mere power-play. Morgenthau identifies domination as the hidden principle of liberalism: instead of the ‘open violence’ of militarism, liberalism instigates a system of ‘indirect domination’ which conceals power behind ‘a network of seemingly egalitarian rules’ (108). As in Chapter 4, this outlook has its abstract antithesis: the tragic view of politics finds an equally abstract counterpart in the ‘utopian’ or ‘messianic’ politics of such thinkers as Walter Benjamin, Jacques Derrida and Slavoj Žižek. These figures present ‘an increasingly influential alternative to both the optimistic pursuit of progress under modernity and the pessimistic refusal of progress by political realism’ (113). They share a ‘politics of the impossible’ which finds utopian hope in a ‘rupture of the given order that would halt the descent into the abyss (Benjamin), affirm a future-to-come (Derrida) or signal the traumatic Real underlying the social order (Žižek)’ (112). For Schick, political realists and utopians alike fail to confront the (Rosean) trinity of recognition, law and political risk. For Rose we are always already caught up in normatively- and institutionally-mediated relations of recognition and misrecognition which sever political ideals from political actuality, demanding their constant reconfiguration. In political terms Rose situates herself between tragedy and utopia, refuses to rule out the possibility of progress and recognises that all political action is the ‘struggle-filled pursuit of a ‘good enough justice’’ (119).

Schick grasps the movement of Rose’s thought, particularly the later works, quite well, and any such revival and application of the Rosean worldview is to be welcomed. At the same time, some translation out of Rose’s language (and terse style) would have helped make the book accessible to a wider readership: concepts are sometimes moved around like pieces in a game whose rules haven’t been fully explained. Critical distance from Rose herself rarely, if at all, opens up.

Throughout the book Schick seems more confident summarising Rose than Rose’s sources. Hegel, Benjamin and Adorno in particular suffer in the paraphrasing. It is hard, for instance, to recognise the ‘left-’ and ‘right-Hegelian’ readings of Hegel’s Phenomenology of Spirit set forth here (30-1) and probably The Philosophy of Right was intended. It is surprising to read that Walter Benjamin’s Trauerspiel book ‘advocates an open-ended melancholy’ (47) and that Benjamin’s writings ‘actively embrace the traumatic event and resist the work of mourning for fear of politicizing it’ (69). This seems to confuse an early work of Benjamin’s on a very specific literary form (one which it would be hard to say ‘advocates’ anything) with his later writings on history. Nor does it really capture Benjamin’s later writings which, if anything, champion a labour of historical comprehension: for him we awake from historical trauma by using an active collective memory to understand the past (think of the historical labour involved in his own encyclopaedic work on 19th Century Paris, for instance). Schick claims Benjamin’s later writings are either ‘anti-political’ or merely ‘gesture towards a relation between political action and apocalyptic transformation’ (117). A square peg is placed rather forcibly into a round hole here. Equally arresting is Schick’s claim that Adorno never developed a ‘theory of political action’ and that his praxis ‘was only a praxis of thought’ (24). Certainly Adorno believed that radical political action was often ‘blocked’ in modern societies. He warned too of an anti-theoretical ‘praxisism’. But he didn’t lack a theory of ‘social relations’ – far from it. While Schick may be faithful to Rose’s interpretation here, a close reading of Adorno’s late lectures or his essay ‘Marginalia to Theory and Practice’ or his Spiegel interview would not bear out such claims. If anything, Adorno under-estimated the contradictoriness of domination and the extent of resistance to it, but this is different from lacking a theory of social relations or a praxis (itself a far-from-straightforward concept). More precision with these key influences upon Rose’s thought would have strengthened the argument.

Schick’s critique of postmodernism is more persuasive, though it reveals – perhaps unwittingly – how far debates about ‘otherness’ and ‘unrepresentability’ were of their time. A Good Enough Justice, with its emphasis on Rose’s The Broken Middle and Mourning Becomes the Law, sometimes feels like it is fighting an old battle, at least in philosophical terms. In the 1990s, at the time I was studying with Gillian, postmodernism did seem hegemonic. Since the turn of the century, however, the postmodern fog has – by and large – lifted and philosophy departments have seen a welcome return to metaphysics and to a nuanced appraisal of the Enlightenment and of reason (did Rose’s writings in some small way contribute to this?) More than ever, there exists a potentially receptive audience for Rose’s ‘aporetic universalism’ and her Hegelian focus on ‘social and historical forms of misrecognition’ (75). Even if the recent return to Hegelian philosophy and politics is driven by thinkers like Žižek (whose Lacanianism, Schick is right, Rose would have abhorred) the broader intellectual correction would have met with her approval.

Schick’s Rosean criticism of left-wing ‘messianism’ does find echoes in some Hegelian circles today. Robert Pippin (2013) makes similar criticisms in his review of Žižek’s Less Than Nothing, as does Axel Honneth in a recent interview (Honneth 2013). Whether the label accurately fits Benjamin, Derrida and Žižek is questionable, though, as is whether the correct antidote to ‘messianism’ would be to ‘reconcile’ ourselves to ‘the rose in the cross of the present’ (Hegel 2008, 15) – the original ‘broken middle’. While it’s easy to see the problems that might beset a politics which sets its sights too high, the problem today is surely that most political outlooks set their sights too low. The via media, taken rightly or wrongly in Hegel’s name, is not necessarily the wisest or most virtuous way. I’m not convinced there is some synthesis of left- and right-Hegelianism, nor that the ‘middle’ which works so well as philosophical critique can translate well politically. And I think Gillian Rose, at least in her earlier work, was aware of this. Her book Hegel Contra Sociology, dealt with too briefly by Schick, is arguably the most timely and politically relevant of her works, its arguments vindicated by a new generation of readers rediscovering how – to quote the book’s closing line – reading Hegel may help us grasp the ‘conditions for revolutionary practice’.