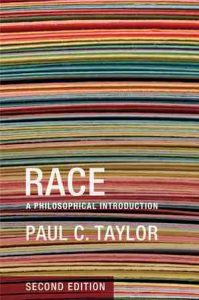 In 1929, Ronald Knox, a British clergyman and novelist, issued his “ten commandments” for mystery novels. Written largely in response to the era’s sensationalist fiction, they include such admonitions as “3. Not more than one secret room or passage is allowable” and “10. Twin brothers, and doubles generally, must not appear unless we have been duly prepared for them.” However, smack in the middle of this Decalogue of narrative common sense is “5. No Chinaman must figure in the story.” While such a rule these days sounds somewhat segregationist in the literary sense, Knox was actually responding to a proliferation of stories which all featured evil Chinese masterminds—Sax Rohmer had brought Fu Manchu to literary life in 1913, and even Agatha Christie herself employed the sinister Chinese trope with super-villain Li Chang Yen in her regrettable 1927 novel The Big Four.

One can easily imagine Ronald Knox, in other times and places, cautioning writers against employing the bestial African, the primitive but spiritual Native American, the hotheaded and passionate Latino/a, and the fanatical Arab, among other stereotypes, depending upon their relative popularity in the culture at large. As Paul Taylor observes in the beginning of Race: A Philosophical Introduction, this sort of race-talk “has been one of the principal media of modern Western society and culture, insinuating itself into our ideas of citizenship, family, education, crime, poverty, entertainment, and sex” (5). How this happened, how the idea of race came to be, has been explored by numerous other writers, but the broader philosophical implications of race as a system for classifying people remain debated, and these debates stand at the center of Taylor’s book, which manages to square the circle of providing a classroom-worthy primer on the subject, summarizing the literature to date, while also advancing its own compelling approach toward a description of something that is arguably not real.

In his introductory chapter, Taylor explains in detail how a philosophy of race “involves studying the consequences of race-talk, the practices of racial identification for which race-talk provides the resources” (11)—that is, rather than tackling the disputed reality of race, Taylor instead aims to analyze the meanings people assign to human bodies, especially as those meanings have been shaped by Europe’s path to modernity. Right off the bat, he sets out to answer three challenges to the project of building a coherent philosophy of race: the idea that any kind of race-thinking itself leads to racism, the falsity of racial biology, and the assertion that race is simply a cover for other sorts of variation, such as class divisions. Taylor points out that race continues to have a referent, even if discursive rather than biological, manifest in what “everybody knows,” but that race-thinking in isolation has not led to racial atrocities—rather, it has always been paired with “other factors, like a shaky commitment to democracy, or a failure to constrain the pursuit of profit, public order, or political power with norms of decency and justice” (30). Regarding the third objection, he admits that “[r]acist practices can certain result in the concentration of one race or another in particular economic niches,” but adds that “[r]ace-thinking isn’t class-thinking, essentially, because the two categories can get out of phase with each other,” while class, like ethnicity or caste, can, in turn, be racialized, “as when the callused hands and sun-darkened skin of the worker come to signify rudeness or inferiority (58-9).

The cornerstone of the book is the third chapter, covering the metaphysics of race. Grounding his work in the American experience, Taylor first examines the developments of late-modern racialism, as perhaps best exemplified by the 1965 Monynihan Report, which explained the persistent racial inequality in the United States as the result of deficiencies in black culture, rather than inherent black inferiority. And after that comes post-modern racialism, or what some call color-blind racism (to use Eduardo Bonilla-Silva’s favored term) or racial neoliberalism (to use David Theo Goldberg’s), being the ostensibly progressive push to eliminate any form of racial classification for purposes of determining public policy; in this system, “the legacy of emancipatory struggle gets turned into a standing rebuke to any kind of race-consciousness—where ‘race-consciousness’ is expanded to include ostensibly ameliorative policies, like affirmative action” (80). So what does current Western race-talk point to? Taylor defines races as “social constructs. They are things that we humans create in the transactions that define social life. Specifically, they are the probabilistically defined populations that result from the white supremacist determination to link appearance and ancestry to social location and life chances” (89–90). In defending the reality of race, Taylor compares it to money, which is also ontologically subjective but epistemically objective, dependent upon human agreement for its existence: “Just as institutional context turns a properly produced piece of paper—a paper with the right ancestry and appearance—into legal tender, institutional context turns a person with the right ancestry and appearance—the right causal history and physical features—into a member of, say, the Asian race” (111). Of course, different societies will have different conventions, for both money and race, but this does not eliminate the power of those conventions.

While Part I of the book deals with theory, Part II examines practice, what race means for people’s existence in our society, especially how race impacts the existential condition, producing what W. E. B. Du Bois termed a “double consciousness” or what Ralph Ellison called the experience of “invisibility,” and how undoing the depredations caused by racialist thinking likely depends upon continued use of the race concept. Taylor tackles such issues the intersection of endogamy and ethics (whether, for instance, a black man might have a duty to marry a black woman in order to facilitate social cohesion against white supremacy) and the value of affirmative action, the assault upon which illustrates “how the cultural inclination toward individualism and away from collective goals leaves us oblivious to the social dimensions of educational opportunities” as well as the extent to which white supremacy “was not simply a matter of individual prejudices and slights but an affair of statecraft, of meticulously crafted distributive schemes, and of methodically expropriated resources” (176). The last chapter addresses how race intersects with the growing concerns over immigration in America, as well as the increased securitization of society. Taylor explicitly defines immigration enforcement as a racial project, no matter how much proponents want to argue that they are simply “upholding the law,” by pointing out that “the most familiar arguments and ideas about what the USA is… descend from traditions that were forged in the fires of classical racialism,” especially in the implicit, unstated assumption that America proper is a white man’s country, dating from the first European settlers to touch down here (195-6). Likewise do globalization and securitization define certain populations as problematic, as being the incarnation of specific weaknesses rather than struggling against the policies of hegemonic powers—constant American intervention in Haiti (including the installation of dictators) preventing that nation from managing itself, just as the prison-industrial complex in the United States regularly lobbies for an ever-expanded criminal code, one filled with laws that disproportionately (and purposefully) target minority populations, as with the well-known disparity in sentencing faced by users of crack cocaine versus the powdered form. (Lisa Marie Cacho refers to these as “de facto status crimes” in her 2012 book, Social Death: Racialized Rightlessness and the Criminalization of the Unprotected.) Like a virus does old-fashioned racialism mutate into new forms.

Many historians like David Roediger understand the modern Western view of race largely as the product of unequal social relations in a capitalist society—race as we understand it emerged in that great triangle of an expansionist Europe, Africa, and the New World, in that ferment of exploration and the persistent desire to justify exploitation. Seeing race as intimately caught up in manufactured economic inequality, many on the Left have operated on the assumption that the elimination of class will, accordingly, eliminate the salience of race as a social division. But race is not simply another word for class, and an emphasis on class to the exclusion of all other modes of division and oppression overlooks “the complex nature of Negro life,” as African-American writer Richard Wright put it in Black Boy (1993). As Wright listened to communist street speakers in 1930s Chicago, he ruminated these speakers had taken “the first step toward a creative attitude toward life” but seemed to be lacking the bigger picture, that “if the Negro solved his problem, he would be solving infinitely more than his problem alone. I felt certain that the Negro could never solve his problem until the deeper problem of American civilization had been faced and solved. And because the Negro was the most cast-out of all the outcast people in America, I felt that no other group in America could tackle this problem of what our American lives meant so well as the Negro could” (350).

It is a point that Babacar Camara makes in his 2011 book, Marxist Theory, Black/African Specificities, and Racism (reviewed here in June 2013)—the struggle for justice must occur at the intersection of all forms of oppression, or it will simply end up recreating old forms of social division and not even recognize them. This is what makes the witty and clearly-written Race: A Philosophical Introduction such a valuable book, for Taylor not only thoroughly dissects the concept of race to show its inner workings but also provides a cogent and rational argument for the continued employment of race as a category for both describing our present social reality as well as serving to undo the harm inflicted by ever-evolving forms of racialism. As he writes, “Unlearning our version of Race-thinking would require a massive effort at public education, and anything related to public education won’t go anywhere unless it works through a variety of racial neuroses and through an assortment of issues in ethnic politics that we misleadingly think of as racial” (128). True liberation occurs at both the collective and individual levels, and with this book in hand, we can begin the process of learning to challenge our own easy assumptions (after all, both racist and anti-racist ideologies can fall prey to simplistic thinking) and to discover our own racial neuroses with the goal of at long last dismantling the system of white supremacy in all its manifestations.