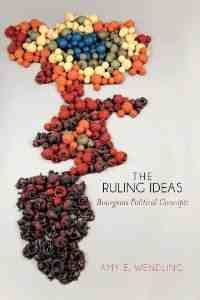 In his 1908 book Orthodoxy, English author G. K. Chesterton expresses a yearning to write a romance “about an English yachtsman who slightly miscalculated his course and discovered England under the impression that it was a new island in the South Seas,” a mistake which allowed him the privilege of viewing his homeland with the eyes of a stranger, finding wonders where previously he had but experienced the doldrums of everyday life, experiencing everything anew. Chesterton imagined such a romance to reflect his own attempt to create for his reader a “romance of faith,” reinvigorating a Christian belief so commonplace in England with a sense of the fantastic and exotic. Philosopher Amy Wendling, in The Ruling Ideas: Bourgeois Political Concepts, executes a similar scheme of rendering the familiar strange, though her fundamental goal is not to instill an ancient religion with a new aesthetic but rather to denature anti-emancipatory concepts common to our everyday lives, to break people from the ruling class frame of reference—that is, to offer “a more immediate form of salvation than the garden variety,” as folk singer Utah Phillips once put it.

Wendling first tackles the concept of labor itself, pointing out that, though the modern era celebrates the “hard-working man”—that is, takes labor “as an ontology of the self, invariant over time, present in all forms of human activity”—ancient thinkers emphasized the necessity of “leisure as their foundational moment” (4, 5). However, capitalism projects the present concept of labor “back onto other historical forms of human activity,” ever expanding the category until there occurs a collapse of “other modes of conceptualizing human activity under its hegemonic purview” (10). As Wendling notes, labor constitutes a central place in most people’s self-identity, with the question “What do you do?” being commonly understood as an inquiry after one’s job rather than a reference to other activities. (Indeed, why the privileged position of work when most people sleep—or are supposed to—as long as the eight-hour workday, and probably achieve greater satisfaction from it, or at least look forward to it more?) Because labor constitutes such a great measure of selfhood, of personhood, the “peculiar forms of human embodiment, and especially one’s birth; illnesses; death; and need for food, drink, and rest are looked upon as flaws, weaknesses, and liabilities” (12)—especially in so far as such “weaknesses” consume that second category under Wendling’s scrutiny—time.

Like labor, time, too, becomes abstracted out, especially when labor is measured by time rather than, for example, by the objects one creates, so that the “self begins to be perceived as a field of abstract units disjointed from tasks and events,” disconnected from the physical world (16). But is abstract time really a system of domination? Wendling answers in the affirmative by observing how the bourgeois concept of time overrides physical and physiological necessity in the working environment. Drawing upon the literature relating to rest and bathroom breaks, Wendling notes that the inadequacy of such breaks (based upon abstract notions of productivity rather than human needs) “proves to be an excellent tool in the capitalist arsenal of weapons designed to humiliate, alienate, subdue, and infantilize workers” (18). The failure to live up to the standards of abstract time easily lends itself to racial, ethnic, or class stereotyping (the quality of “laziness” as applied to non-whites, especially). Bourgeois temporal domination has reached such a level that even those actions popularly seen at odds with it actually serve to reinforce its reign. Procrastination, for example, depends upon the individual calculating “the absolute minimum of abstract time necessary to accomplish a particular task” (38), while even boredom results from an “extrinsic environment of abstract temporal pressure” and often is alleviated through distraction-oriented, consumerist behaviors (40).

As Wendling continues, she reveals how each of these “ruling ideas” does not stand alone but rather exists in a recursive and reifying relationship with the others. This becomes especially obvious with the concept of property. After all, labor is supposed to establish property (though, for pre-modern populations, the performance of labor usually indicated a lack of property), and so property becomes an ontology of the self by extension, if one more abstracted out, concerned now less with actual material objects and more the display of ownership. Indeed, the increasing abstraction of property serves to divorce the classical duties and responsibilities of ownership from their related rights and entitlements, as exemplified by the characteristics of liquidity, in which “the capital resources of a particular property are easily rendered fluid and transferable into another business or property holding,” and the dissipation of a fixed owner, which leaves no particular person or persons held responsible for misuse (59). These characteristics facilitate short-sighted, exploitative actions rather than the stewarding of resources—the overwhelming tendency of capitalists to take the money and run. Moreover, as with labor, the category of property begins to absorb items once considered beyond its purview, such as water or a person’s own body—examples which highlight the ongoing degradation of the commons as well as liberalism’s continued investment in the body-mind dichotomy. Even labor itself becomes conceptualized as property, at least intellectual labor, which is the only true manifestation of labor in an increasingly abstract bourgeois regime, given its non-bodily and non-alienated status.

Intertwined with labor, time, and property is the concept of value, though the moral sense of this particular word has steadily been subsumed by the economic sense. In fact, Wendling argues that the application of the economic value concept to issues of ethics and morality can be traced to the emergence of the bourgeois class, so that a person becomes “entitled to the piano, the apple, the book, the surrogacy services, the prostitute, a new liver, salvation, and a child from abroad because one has worked hard, saved one’s money if not one’s health, and can now afford these things” (90). Morality is reduced to economic expression as people are conditioned to “quantify nearly all of our goods, and even our experiences, in terms of universal equivalent exchange value” (95). (And is not part of the problem with boredom or leisure the nagging suspicion that we could be doing something so much more valuable with our time?) The author offers up, as an example of the increasing occlusion of moral value by the economic, modern ethanol production, which is carried out with a narrow focus upon the exchange value of corn and nary a question to the morality of diverting staple agriculture to the manufacture of fuel and thereby raising food prices globally—indeed, that only creates a feedback loop, raising the exchange value of the corn yet further and thereby encouraging more investment.

Wendling ends the book logically enough with an analysis of crisis, as crisis results from the maintenance of the other values already discussed. Basing her account primarily upon Karl Marx’s own work on the nature of crisis, being regular recurrences due to the internal inconsistencies of capitalism rather than isolated events upsetting the general equilibrium, the author recounts how capitalist production eventually undermines its own rate of profit before focusing upon the 2008 housing market crisis in the United States, which stemmed in large part from the role of the aforementioned bourgeois values in the systematic nature of crisis. After all, the 2008 “recession” had as its foundation the desire to own property so long instilled in most Americans—especially as property denotes value, makes one a true citizen and person—combined with the fact that ownership is abstracted out through the operations of credit. Just as the dominant rhetoric of labor does much to undermine labor, so, too, does “the rhetoric of crisis not so much threaten bourgeois society as become a containment strategy for its various excesses,” allowing society “to process what social changes it must in order to leave other basic structures intact” (116). The bourgeois understanding of time aids these efforts of deception, for if time is conceived as a succession of isolated units independent from each other, then how are people supposed to link thematically the current crisis with any which has preceded it?

An absolutely invaluable volume, The Ruling Ideas possesses enormous cross-interdisciplinary appeal, far beyond the realms of philosophy or political science. For sociologists, the question arises as to how much group behavior is shaped by these exploitative concepts. Environmentalists and bioethicists will find in Wendling’s detailed discussion of the characteristics of property, as it relates to water conservation issues and the buying and selling of body parts, much theoretical background for their own work. Historians, especially, will discover their own research bolstered by the analysis offered herein; indeed, Wendling’s analysis of home ownership in the light of the 2008 housing crisis calls to mind Barbara M. Kelly’s Expanding the American Dream: Building and Rebuilding Levittown (1993), which offers a detailed examination of how post-World War II suburbs were explicitly designed in order to isolate families and eliminate class consciousness—that is, to promote the bourgeois values under scrutiny here.

The Ruling Ideas reveals just how distant we remain from the horizon of true emancipation. Little wonder the continuing state of class-based oppression when even the concept of labor, for example, can so easily serve to reify bourgeois values, lending itself to the notion (even if not explicitly stated) that only those who labor—who perform specific acts of labor—have value, are citizens, are full persons. By making the commonplace uncommon, by uncovering the inhuman core of these ruling values, Wendling gives us the space to imagine a world truly different: a world in which people’s experience of themselves no longer reflects that tired Cartesian dualism but instead joins mind and body in a seamless whole; a world in which time is not separate from real, lived experience; a world in which an ethic of obligation has replaced the discourse of rights, especially as those rights pertain to the ownership of things; a world in which moral value is not the measure of one’s workday but rather embodied in one’s basic existence. As she notes in her conclusion, “A true liberation will require that we look more deeply into the structures that bring recurrent crises about: that we unmask the dialectic between control and crisis on which capitalism rests” (117).