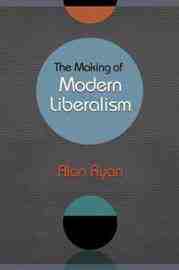 Daniel Duggan is studying for a PhD in Politics at Durham University. …

After a career thinking and writing about liberalism, Alan Ryan has collected in one volume thirty-three of his essays published over the last forty-eight years. Ryan tells us he was motivated to publish the essays by former students and colleagues who ‘suggested that both the essays and their readers would benefit if some of these essays were collected in one place’ (1).

This is primarily a work of political theory. Unlike the intellectual historian, Ryan is more concerned with analysing concepts and arguments rather than their antecedents and consequences. Charting the development of liberalism from Hobbes onwards, Ryan discusses a wide range of issues, such as the death penalty, terrorism, education and work.

Given Ryan’s background it is unsurprising that his focus is on the liberalism of the English- speaking world. The reader will thus find a focus on Hobbes, Locke, and especially Mill. Some attention is, however, paid to thinkers such as Rousseau, Hegel and Tocqueville. Unfortunately, little attention is paid to less well known liberal thinkers, such as L.T. Hobhouse, with Ryan preferring to focus on the canonical thinkers (although his essay on John Dewey is an exception to this). More recent liberal theorists, such as Isaiah Berlin, Karl Popper and John Rawls are discussed more briefly, with an essay dedicated to each.

The book is divided into five parts. The first part, ‘Conceptual and Practical’, provides an account of what liberalism is. In doing this, Ryan offers a philosophical analysis of freedom. These rather abstract discussions will appeal to the more philosophically-minded, and are complemented by later essays in this section on the death penalty and terrorism. A particularly interesting essay is ‘Liberal Imperialism’, where Ryan argues ‘liberalism is intrinsically imperialist and that we should understand the attraction of liberal imperialism. But I argue against succumbing to that attraction. This is for low reasons of practicality rather than on high moral principle’ (107). Ryan does not just employ J.S. Mill to make his case, but points to the example of Marx, who, he argues, ‘held that the EIC [East India Company] was justified because it dragged its Asian victims into modernity’ (111). However, reference to other nineteenth century liberals who were anti-imperialist, such as Herbert Spencer, Richard Cobden and John Bright, would have been welcome. Ryan’s focus on a canonical thinker like Mill has led to a neglect of the anti-imperialist strain within nineteenth century British liberalism.

The second part, ‘Liberty and Security’, focuses mostly on Hobbes, and to a lesser degree Locke and Rousseau. His essay ‘Hobbes and Individualism’ will be of particular interest to those familiar with C.B. Macpherson’s argument that Hobbes was an an ‘economic’ individualist. Ryan suggests ‘Hobbes’s individualism was moral and intellectual, not economic’ (186). As Ryan writes, ‘Hobbes does not admire merchants and does not admire most employers, who, he thinks, are interested in driving people to work at the lowest possible wages. Moreover, he is explicit about the need to create some sort of welfare arrangements for those who are too old or ill to work. Equally, and entirely at odds with the ethics of capitalism, he advocates sumptuary legislation to diminish class antagonisms’ (199-200). Although Hobbes may not have been an ‘economic’ individualist, Ryan does not succeed in showing that Hobbes was not a precursor to capitalism.

The third part, ‘Liberty and Progress, Mill to Popper’, focuses mostly on Mill, although it also discusses Rousseau, Russell, Berlin and Popper. Ryan returns to Mill and imperialism in ‘Bureaucracy, Democracy and Liberty: Some unanswered questions in Mill’s politics’. Ryan’s tendency to contrast thinkers, for example Mill’s attitude towards India with Tocqueville’s views on Algeria, is a useful approach which sharpens and clarifies our understanding of thinkers.

The fourth part, ‘Liberalism in America’, focuses on Tocqueville, Dewey and Rawls. Ryan’s discussion of Dewey’s politics in ‘Staunchly Modern, Nonbourgeois Liberalism’ portrays him as an anti-Marxist who ‘swallowed too much of a too-simple class analysis and a too-simple materialism’ (470). This is an interesting avenue to pursue, yet Ryan focuses more on his views on education and argues that we should remember Dewey as a ‘philosopher rather than a political activist’ (472).

It is the fifth part, ‘Work, Ownership, Freedom, and Self-Realization’, that is likely to be of most interest to those of a leftist persuasion. In ‘Locke and the Dictatorship of the Bourgeoisie’ Ryan challenges Macpherson’s assessment of Locke as providing a moral defence of a dictatorship of the bourgeoisie, arguing that ‘in the joint-stock company that is Locke’s state, all men are shareholders’ (537). Unfortunately, there is relatively little discussion of Marx. This is unfortunate, as we can gain new insights about liberalism by studying those who opposed it, and their reasons for doing so, as well as those who advocated it. However, in ‘Justice, Exploitation, and the End of Morality’, Ryan discusses ‘the familiar fact that Marx both appears to condemn capitalism as unjust and immoral and to repudiate moral assessments as practically futile and intellectually worthless’ (603). Ryan argues that for Marx capitalist exploitation is neither just nor unjust ‘because there is no such sense’ (604). Although this view is more persuasive when discussing the older scientific Marx, it is not as powerful regarding the younger humanist Marx.

This is a well-written and accessible work. Some essays have a more informal style than others, for example, ‘The Right to Kill in Cold Blood: Does the Death Penalty violate Human rights?’, is based on a public lecture. However, most of the essays are based on published articles in academic journals or contributions to books, and their style reflects this.

Ryan has chosen to leave his essays almost entirely unaltered. A consequence is that discussions which employ cases, such as the IRA, can appear rather dated. Nonetheless, the arguments such examples are used to support are in no way diminished by this. A further criticism is that the many discussions of Mill at times feel as if they are overwhelming the work. Although Mill is of great importance to liberalism, and a collection of essays will inevitably carry some repetition, this long Millian shadow tends lead to the downplaying of the significance of other liberal thinkers, such as the New Liberals, who also merit attention.

An especially fruitful approach is Ryan’s use of biography. Although Ryan argues that his approach is not biographical, we nonetheless see references to his own background, for example in his essay ‘Culture and Anxiety’, as well as discussions of biography in a range of the thinkers he considers. This is a particularly helpful approach in Ryan’s discussion of Russell’s thought. For those who associate Russell only with anti-Americanism, due to his fierce opposition to the Vietnam War, there is much to learn here. As Ryan writes, Russell appeared to hold to the ‘paradoxical position that the United States is both intolerable and the only hope for the human future’ (383).

Although the degree to which his essays ‘hang together’ is limited by the nature of the format in which Ryan has chosen to present his views, he succeeds in drawing connections between the thinkers he discusses in such a way as to hold this diverse collection of essays together. For example, he argues that ‘Mill built a very un-Hobbesian superstructure on Hobbesian foundations’ (8). However, a strength is that the reader is often left to identify their own connections, overlapping concerns and contrasts, for example, between nineteenth-century attitudes towards education in ‘Liberalism and Anxiety’ and Dewey’s attitude towards education in the essay ‘Deweyan Pragmatic and American Education’. Whilst succeeding in this, The Making of Modern Liberalism maintains an advantage that collections of essays always possess, namely, that each essay can be read as a stand-alone contribution.

This book will appeal to anyone with an interest in liberalism. It will be of interest primarily to political theorists who are concerned with philosophical discussions of liberalism, and its application to contemporary problems. However, historians of political thought, particularly those with an interest in Hobbes and Mill, will also find much of interest. This is a challenging and thought-provoking collection of essays, which are a testament to Ryan’s wide knowledge and deep understanding of his subject.