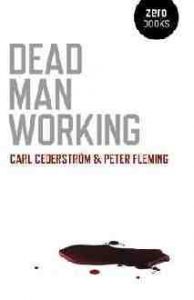 Zer0 Books are a new publishing phenomenon associated with online access by a mass higher education readership. Their paperback books are short cultural studies that can be read at a sitting without the usual citological apparatus of references and notes to quotations plus films and music that can be googled up, loaded down and viewed if required. (Possibly, virtual versions for kindles and other e-readers contain, or could contain, the links enabling these connections.) Zer0 declares their aim to contest the ‘cretinous anti-intellectualism’ that has turned public space for debate into ‘bland conformity… cheerled by expensively educated hacks in the pay of multinational corporations’. So they aim to be ‘intellectual without being academic’ and ‘popular without being populist … committed to the idea of publishing as a making public of the intellectual … convinced that in the unthinkingly, blandly consensual culture in which we live, critical and engaged theoretical reflection is more important than ever.’

So this book by two lecturers in two university schools of business management addresses ‘what it means to live and work in a dead world’. Like other Zer0 authors, Cederstrom and Fleming accept a post-ideological reality in which there is no alternative to a capitalism that has outstripped any useful or progressive function it once had and yet is ‘more powerful and influential than ever’. Thus, in a striking image with which their book opens and to which it returns in conclusion, the populations of developed economies live in the wastes of an ebb tide that draws back only to gather in the tsunami already visible on the horizon that will wipe away all our manic achievements.

However, since this formulation of ‘moribund capitalism’ was applied by Stalin to Lenin’s characterisation of Imperialism as The highest stage of capitalism, capital has shown unpredicted resilience and is still booming in China and other developing economies though at an increasingly debilitating human and ecological cost. Here, despite Cederstrom and Fleming’s examples of extreme exploitation in the workers driven to suicide at Foxconn City in Shenzhen, state capitalism – avoiding what is regarded there as ‘the Western financial crisis’ – seems far from exhausting its possibilities.

Similarly, ‘the harrowing journey’ on which Cederstrom and Fleming take their readers ‘through the petrified world of dead work’ is a world that still works. In a voyage au bout de la nuit, they highlight the absurd management practices they have observed in call centres, customer services, sales forces, shops and restaurants – not to mention management consultancies and brothels! Here there is no relief from the constant demands for individuals to sell themselves on- or off-line as packaged edutainment and training merge with the ‘compulsory fun’ that in the ‘formalised informality’ of work mimics busy leisure. Sleepless nights, drugs and floatation tanks offer only temporary oblivion to the harassed self-managing worker and working manager trapped alike in ‘horizontalized hierarchies’. Yet this way of life is set within a wider context for the rising generations who grow up into it and to whom this book is presumably primarily addressed.

The seven million and more full and part-time students and trainees in the UK today may be running up a down escalator of inflating qualifications towards an ever-receding goal of genuine independence demanding deepening indebtedness, but many are adapting by pioneering new relations of interdependence and altering their expectations to extend the boundaries of youth. This may be a moratorium but it is also not necessarily moribund and perhaps offers room for exploration of new possibilities, including new relations to the old forms of organisation and education for resistance, particularly if these can change and adapt to accommodate rather than exclude often disaffected youth. Thus, the so-called lost generation may not be so much lost as only finding its way!

After all, the processes of alienation are not new and Cederstrom and Fleming revisit Engels’ graphic descriptions of Victorian Manchester, as well as C. Wright Mills’ explorations of how working for the 1950s corporation dulled the spirit. Even if, as the authors say, ‘disaffection today is much worse’, transforming authenticity into what they call ‘emotional administration’. They also contrast Richard Sennett’s real knowledge and skill acquired in communities of meaningful practice with today’s itemised competences reduced to the ubiquitous ‘personal and transferable’ so-called ‘skills for employability’.

So in the new post-industrial utopia, even the US Postal Service, which – as Cederstrom and Fleming remark – ‘would only with great difficulty pass as a progressive symbol of the “new economy”’, one year spent $1.2 million on team building exercises, including a collective rendition by its participating post(wo/)men of ‘We Are Family’. But these inanities too have their antecedents in 1970s deskilling, which Braverman argued was inherent to the application of automated technology under monopoly capitalism. Now the same processes have reached up the employment hierarchy from deskilled apprenticed labour to strip professional expertise of its exclusive mystique and render it similarly transparent and flexible, reducing it to the condition of waged labour – paraprofessional at best.

In part, professional status was previously confirmed not only by self-managing professional bodies but by association with higher education. HE today is turning into FE and education to training for the paraprofessions for which it prepares the mass of its students. Cederstrom and Fleming, like many others, attest to this through their autobiographic examples of academic labour. Higher education and its professional pretensions can now only distinguish itself – as Pierre Bourdieu has long revealed through his studies of the French academy ­– by claims to exclusivity. These are primarily indicated by price but, in what has been called ‘a quasi-market’, qualifications function as proxies for more or less expensively acquired cultural capital. Outside of the stem subjects of science, technology, engineering and medicine, these written examinations test mainly levels of literacy.

Oxford literary critic John Carey has pointed to the invention of a new elite reading public by modernist authors during ‘les années entre les deux guerres’ through the principle means of heightened elusiveness and exclusion. ‘These fragments I have shored against my ruins’, as Eliot wrote at the end of The Wasteland, which Pound had doctored to make even more inaccessible and obscure. Similarly, name checks to Deleuze, Heidegger and that ‘old Nietzschean’ Foucault (as he described himself) pepper Zer0’s texts, as they do radical higher education struggling to maintain itself against the banalities of mainstream business studies which has become the template of mass, modularised HE. The computers in Goldsmiths’ College library, for example, until recently displayed a screen-saver with the admonition ‘When in doubt quote Deleuze’!

I am not arguing here that Deleuze’s mastery of metaphor is of no value. Never having read him, I am not qualified to say. However, I wonder how much an induction into the use of such forms of language really help ‘the lost generation’ to find its way and how much they entangle them still further in the commodified codes of capitalism. Indeed, Cederstrom and Fleming wonder the same about their own academic labour expressed in REFable quantification.

But this applies not only to elite but also to popular culture: ‘Let’s put on some Morrissey’, as Cederstrom and Fleming say, giving away their own generation to introduce a sizeable chunk of the melancholy Mancunian. Previous generations have also been here before: ‘Let us not talk falsely now/ The hour is getting late!’ they will sing. Or ‘sit in one of the dives/ On Fifty-second Street/ Uncertain and afraid/ As the clever hopes expire/ Of a low dishonest decade’.

Indeed, Dead Man Working, like other Zer0 texts, is more akin to prose poetry than it is to rational argument and considered weighing of evidence – and not the worse for that! But in conclusion, as the tsunami looms near, ‘what is to be done?’ as the authors pose the eternal question. Not the appropriated authenticity of just being yourself, nor the failed escapes and varieties of ‘The Big Exit’ described in the last sections of the book with acknowledgement to Hume’s essay on suicide and to Pliny’s claim that this antique option asserted man’s only superiority to god; instead, with a transcendence that verges on mysticism, they ask in a postscript ‘What Does a Little Girl Want?’ comparing the central roles of children in two 1980s films with reference to Deleuze and Guattari’s A Thousand Plateaus. ‘Unless ye become as a child …’ but child-like rather than childish, letting go to live again on her own terms.

This seems a complete abnegation but perhaps represents the ideal in which the lost generation can find itself, pioneering a new way of life against the dogma of work that derives identity from occupation in the official obsession with career to prepare as far as is possible to dam, channel and divert that tsunami in whose shadow we now stand.