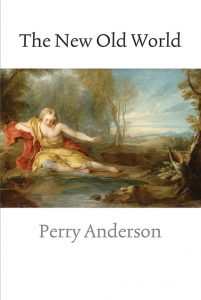 This impressive array of essays brings together a wealth of knowledge regarding the modern evolution of Europe in the twentieth century. Anderson displays his usual striking erudition across ten chapters, each in effect a self contained essay, which review (in sequence) the intellectual evolution of the European Union as a construct, the modern day political evolution of the ‘core’ states of France, Germany and Italy, and thirdly the so called ‘Eastern Question’ (Cyprus and Turkey), before then concluding with a series of intellectual ruminations on the possible future of the union as a whole. For a work of such immense intellectual spread, demonstrating both great linguistic fluency, but also a more striking intimate familiarity with both academic debates and national controversies occurring within French, Italian, and German culture, the most impressive aspect of the work perhaps remains nonetheless its general overall coherence. Several key themes run through the book. The first is clearly the intellectual debate – filtered curiously, as Anderson points out, almost wholly through American academe – over the origins and ultimate political/cultural purpose of the European Union itself. The opening chapters of the book review the existing literature on this question in an impressively comprehensive fashion. Anderson remains a supporter of the union as a concept (xv), but pulls no punches in terms of analysing the internal difficulties with the construct itself. These date back to the moment of creation itself, when Monnet’s supranational federalist vision of Europe, initially strongly (if largely covertly) supported by the US, soon came into conflict with the more nation-state based view of the European community supported (for subtly different reasons) by first de Gaulle and then later Margaret Thatcher. By the time of the signing of the Single European Act in 1986, orthodox Anglo-Saxon liberal economic discipline was being bolted on top of the older model to produce growing internal contradictions. Mrs Thatcher, as Anderson points out, was comprehensively out-manoeuvred regarding the single currency – one wonders if her fans have ever closely examined the former Prime Minister’s fairly disastrous record in the field of foreign policy. The outcome of the clash between Thatcher and Jacque Delors nonetheless represented a conundrum – Delors lost to Thatcher over structural financial deregulation, but Thatcher was no more successful in her fight to sweep away what she saw as the ‘detritus of socialism and corporatism.’ Consequently ‘[b]oth leaders parted the scene in anger, convinced the other had won.’ (94, Anderson quoting John Gillingham) The conundrum remains over both how the union should be interpreted, and where its future truly lies. The fundamental weakness of the union, as Anderson repeatedly underlines, remains its lack of a real democratic mandate – a weakness dismissed by supporters of the union as largely a technocratic regulatory body, who argue that advanced democracies inevitably seek to shield overarching regulative and administrative functions from populist demagogues. Andrew Moravcsik and Giandomenico Majone each in their own way praise the master-stroke of the European Union as being ‘just a regulative body writ large’ (109). Anderson himself however has admirably little time for such views, noting that there is a strong political agenda behind this supposed steady glide path towards becoming an allegedly non-political regulatory body – neoliberalism as a whole aspires in fact to supplant redistribution as a social principle with regulation.

To this fascinating overview of the evolution of the union in the eyes of those who have analysed and written on it most in the past, Anderson then adds his own trenchant surveys of French, German and Italian political and social development in the twentieth century. Each review seeks to weave together the intellectual and cultural discourse in each country with its political history. Of these overviews, the study of France is perhaps conveyed in the warmest tones, Germany receives perhaps the chilliest and most detached review, whilst the most acerbic criticism of all is reserved for Italy. The author offers a particularly devastating (because so accurate) appraisal of the collapse of the Italian Left from the 1960s onwards, alongside the culture of corruption, and political and moral infantilism (spregiudicato, or the peculiar Italian concept of lauding a politician demonstrating a systematic lack of scruples, 291-2) which has culminated in the Berlusconi phenomenon. In Italy, Anderson believes ‘[t]he years since 1993 have, in one area of life after another, been the most calamitous since the fall of Fascism’ (323). For France by contrast, the author’s affections are perhaps in clearest view – de Gaulle is praised as a statesmen greater than Churchill (an accurate, if for some perhaps uncomfortable, analysis), and the decline of French cultural production since it’s undoubted peak in the 1960s – the era of Godard, the New Wave, Rohmer and Chabrol – is genuinely and openly lamented. Anderson is perceptive on the percolation of Anglo-Saxon economic thought into French discourse in the 1970s, and the paranoid cultural mobilization against the French Left that occurred in the autumn of 1978, from which neither Mitterrand or the French Communist Party subsequently ever really recovered. The ‘anti-totalitarian’ front that emerged within France during these years, under the wing of Raymond Aron and Francois Furet, also of course involved a re-evaluation of the French revolution itself – historiography and contemporary political discourse in France were here, as in many other areas, intimately intertwined. Yet Anderson also retains greater hope for France than for other countries that it could yet genuinely rebel against neoliberal economic orthodoxy – Furet’s last texts were in fact tinged with doubts over the growing tawdriness of contemporary political discourse, and the growing monolithic worship of ‘human rights’. The 1990s as a whole saw a new wave of French literature attacking the advent of an unbridled capitalism, and French governments pursuing neoliberal economic doctrines proved serially unpopular with the French electorate, leading Furet’s intellectual followers to lament that ‘[t]he liberal graft has not taken’(171). Anderson in fact concludes by noting that ‘France is the only major country …where high school and university students have mobilized en masse, year after year, against the governments of the day, creating a sub-culture of libertarian and solidaristic impulse likely to mark a generation’ (213). The relative undercurrent of optimism here stands in contrast to both the scathing – though highly accurate – assessment of Italy, and the rather cooler view taken of Germany, which was arguably far more genuinely radical in 1968 than Paris.

To his studies of ‘the core’, Anderson then adds fascinating overviews of developments in Cyprus and Turkey. The Cyprus chapter here evolves as an eye-opening survey of what Anderson rightly terms ‘the peculiar malignity’ (375) of the British colonial legacy – after a devastating attempt to establish a police state in response to a powerful local insurgency during the 1950s, the British government then largely stood aside, despite a multitude of instruments available to deter Turkish aggression, when Turkey invaded in 1974. The study of Turkey is eloquent both on the long shadow still cast by Ataturk himself, and the more recent personality cult around Erdogan, leader of the AKP. Turkey’s role as (politically) essentially a fascist collaborator during the Second World War is exposed, and the long dark decade of the 1970s also receives valuable consideration. Questioning whether the Turkish state can ever be compelled to acknowledge the Armenian genocide or Kurdish demands for cultural autonomy, Anderson then concludes his work by returning to a dark review of the impact of the ongoing financial crisis on Europe itself. Anderson here nonetheless views the adrift state of the European project at present, in a time of fiscal downturn, as a potential source of opportunity to revisit and review first principles – an opportunity in other words to avoid the glide towards acting like an empire, as some wish the EU to become, and instead profit from the ‘dynamic disequilibrium’ (547) which has laid at the heart of the project from the start. Though more recent events may give cause to doubt this potentially more benign evolution, the present book provides a valuable review of the many contradictions that continue to lie at the dark heart of modern Europe.