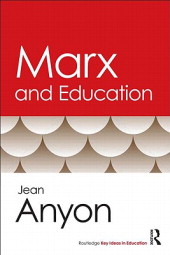 ‘Citizen Marx said there was a peculiar difficulty connected with this question [of education]. On the one hand a change of social circumstances was required to establish a proper system of education, on the other hand a proper system of education was required to bring about a change of social circumstances; we must therefore commence where we were.’ (CW21: 398) Where we are in England following the government’s reception of the Browne Review is at the end, not only of higher education as it has developed since Robbins but – more broadly – of a whole phase of policy intended to change society through education.

For, if carried into legislation, the Coalition Government’s proposals will close a phase of progressive reform that began with Robbins’ repudiation of a limited and fixed ‘pool of ability’, opening Higher Education (HE) to all those ‘qualified by aptitude and ability’. This was complemented two years later by the official introduction of comprehensive schools from 1965. These freed primary schools for child-centred education and paved the way for expansion of further and higher education, including the polytechnic experiment. Unlike 11+ selection, which became a thing of the past in 80 per cent of English secondary schools and more in Scotland and Wales, reforming education at all levels no longer aimed to reinforce existing social hierarchies but sought to break down class divisions by opening equal opportunities for all. The logic of comprehensive reform carried forward to inclusion of children with special needs, a common exam at 16 and a National Curriculum sold to teachers as a universal entitlement, as well as more recent widening participation in HE to nearly half of 18-30 year olds. Now these efforts are to be abandoned as education returns to shoring up existing privilege.

Perhaps therefore it is time to recognise how impossible it was to expect education to change society by solving its economic problems. Indeed, this has been evident since the end of the post-war period of limited upward social mobility that was associated with expansion of the welfare state and more or less full male employment. That this period came to an end coincident with but not as a consequence of ending grammar schooling can be seen by a comparison with the USA which had all through high schools since the war but where, similarly, short lived social mobility was a product of specific economic conditions. Since then requiring educational qualifications for redefined occupations has sustained an illusion of professionalising the proletariat, while disguising a proletarianisation of the professions. Now this bubble has burst, it is time to return to Marx ‘as a theoretical and practical tool for educators’ (106).

This is Jean Anyon’s motivation in contributing to this new US series edited by Greg Dimitriadis and Bob Lingard who declare in their introduction that they ‘look to shape ongoing discussions in the field of education by putting the field’s contemporary luminaries in dialogue with its foundational figures and critical topics’. Another volume on Freud is announced but Jean Anyon, Professor of Social and Educational Policy in Urban Education at the City University of New York, traces the trajectory of her lifetime research in schools ‘as an example of how Marx has been used as a guide to educational analysis’ (4). This flowed from three basic Marxist precepts:

capitalism is a primary source of systemic social, economic, and educational inequality; social class is an explanatory social and educational heuristic; and an analysis of the culture that accompanies the capitalist system can be a source of neo-Marxist practice – critical classroom pedagogy. (5)

Explaining the ‘Basic ideas of Karl Marx’, Anyon asserts that ‘while there was only one Karl Marx, there have been a multitude of Marxisms’, all of them ‘neo-’ as far as she is concerned since Sam Bowles and Herb Gintis’ 1976 Schooling in Capitalist America. Following them, ‘As a new professor, I engaged in research exploring the notion that schools were not neutral: they contributed to the reproduction of social classes, the economy, and racial and gender exclusion and subordination.’ (3) She illustrated this in five socially segregated New Jersey schools, providing ‘empirical confirmation of Bowles and Gintis’ theory of the correspondence between traits and skills learned in the education system and the needs of the economy’ (32). However, Michael Apple’s 1979 Ideology and the Curriculum ‘demonstrated that not only does the experience of schooling have reproductive qualities, but so does the content of learning’ (33), introducing American educators to Bourdieusian cultural capital, Raymond Williams’ notion of a selective tradition and Gramscian hegemony, all contributing to ‘a well theorised body of knowledge concerning critical teaching for student empowerment’ (35). This reprise of US educational scholarship serves to illustrate and summarise the insights and contributions of what Anyon calls ‘neo-Marxism in education’, including acknowledging the agency of resistance by students that carried over into what she calls ‘the next period’ that recognised race and gender as contributing to the primary educational determination by social class.

Again Jean Anyon recounts her own 1997 work on Ghetto Schooling in which ‘I concluded that in order to reverse the decline of schools in cities like Newark, we needed to … make the reform of schools part of a broader strategy for social change’ (53), including a minimum wage and – above all – jobs. ‘I drew on the vision of political struggle that was part of Marx’s theory’ (58) ‘to make schools and classrooms into social movement building spaces’ with ‘educators at the center’ (60). Because ‘Teachers, principals and urban students are not the culprits – as reform policies that target increasing testing, educator quality, and the control of youth, assume’ (64). This brings her to the present and Obama’s Race to the Top as successor to Bush’s No Child Left Behind, which are ‘policy substitutes for economic reform’ (67).

The last chapter extends Marxist theory by drawing on David Harvey’s identification of ‘accumulation by dispossession’ to develop also ‘the paradigm of our dominant type of neo-Marxist practice (classroom critical pedagogy) to suggest student activity in the political realm’ (85). Harvey returns to The Manifesto’s ‘absurdity of overproduction’, not of commodities but now that ‘the financial system has imploded’ (88), of too much speculative capital which in the absence of profitable productive investment seeks new public services to commodify.

This suggests a new orientation to fighting injustice … to halt the theft of public goods by a small elite of investors. While traditional organizing of people at their work sites remains important, organizing in communities and schools increases in importance. And thus critical pedagogy becomes even more crucial to our efforts. (96)

Critical pedagogy means much more than classroom radicalism confined to proving ‘another school is possible’. It is, in the words of another of Anyon’s colleague and contemporary at CUNY, Stanley Aronowitz, Against Schooling because in privatising state education from vouchers for schools through to fees for HE, ‘accumulation by dispossession’ is turning institutionalised learning at all levels into its opposite, a means of maintaining ignorance and of controlling youth. There is little ‘correspondence’ of education with employment any longer and the old social democratic nostrums are dead. That we cannot educate our way out of recession has been grasped by the student resistance to fees, joined by sixth-form and Further Education students protesting the loss of Education Maintenance Allowances (EMAs) who know they are being robbed of their future. Their radical reaction is likely to go far beyond the schools to which Anyon’s application of Marxism in education is largely confined.

Just as she has done, teachers’ and lecturers’, in their current campaign to protect their pensions, for instance, need to go beyond calling on students and parents for support. They should link with campaigns against undergraduate tuition fees and the abolition of EMAs, as well as to more concrete proposals for how education can be reformed in the interests of a viable future for all. This means rethinking the education of the future – ‘the only means of producing fully developed human beings,’ as Marx wrote in Capital. Even though Marx and Engels said little directly relating to education, the implications of their theory for humanity making itself through praxis in circumstances not of its own choosing and as part of nature – ‘man’s inorganic body’, is, as Robin Small says in his philosophical exploration of Marx and Education, ‘the basis of the Marxian concept of education’. It rejects the alienated learning foisted upon us by the current dispossession of public education into privatised and competitive academic cramming for tests of more or less expensively acquired cultural capital on the one hand and vocational training without jobs on the other. Instead, by rethinking education, humanity can regain its species being as what William Morris called, ‘the learning animal’, ‘to face with sober senses the real conditions of our existence and our relations with our kind’. Jean Anyon’s short and accessible book dealing with urban schooling but less with colleges and universities is a contribution to refounding Marx in education, but, as she herself would surely recognise, there is so much more.