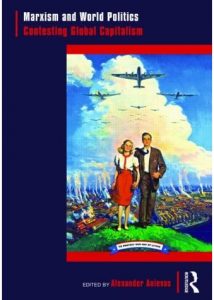 If the 1990s was the decade of globalisation, the first decade of the twenty-first century was marked by theory’s return to imperialism. This shouldn’t have happened according to those hyper-globalisation theorists who preached the death of the state in the decades before 9/11. Nonetheless, the invasions of Afghanistan and Iraq, and more latterly the halting NATO’s eastward spread by Russia in South Ossetia have put the concept of imperialism back at the centre of intellectual debate. If posers like Niall Fergusson celebrate the practice, more serious work has reengaged with the classical Marxist theories – associated with the writings of Lenin, Bukharin, Hilferding, Trotsky, Luxemburg, and Kautsky. The collection under review is an important contribution to these debates, and deserves serious consideration by anyone interested in understanding how the modern world works.

After a useful introduction which frames the recent return to imperialism, the book’s first substantive essay is by Alex Callinicos. Originally published in the Cambridge Review of International Affairs in 2007, Callinicos’s piece acts not only as a taster for his important Imperialism and Global Political Economy (Polity, 2009) but also as a useful introduction to the debate amongst Marxists on the nature of imperialism. On the latter point, Callinicos points to three main currents amongst contemporary Marxists. The first, showing the most continuity with the debates of the 1990s is associated with the works of William Robinson. He deepens the globalisation argument to posit contemporary imperialism as a strategy to extend capitalist social relations underpinned by a developing transnational capitalist class rooted in transnational capitalist production. A second group, associated with the editors of the Socialist Register and to a lesser degree with those of New Left Review conceives contemporary imperialism primarily through the lens of America’s struggle for hegemony to which other leading capitalist powers are subordinate. A third approach, exemplified in the work of David Harvey, Ellen Wood, Peter Gowan, Callinicos himself and his late comrade Chris Harman continues to emphasise, as did Lenin and Bukharin, inter-state competition albeit with important differences from the period of Europe’s thirty year crisis from 1914 to 1945. Substantively, Callinicos attempts to defend a variant of Marxism which posits a ‘realist moment’ in international relations without succumbing, as he suggests Harvey does, to explanatory pluralism.

The remainder of the book, made up of essays mainly but not exclusively published in the Cambridge Review of international Affairs, is given over to contributions to a debate both on Callinicos’ thesis and to the broader concept of imperialism. First Benno Teschke and Hannes Lacher criticise Callinicos’ position from a perspective influenced by the ‘political Marxism’ of Bob Brenner and Ellen Wood. They argue that the national form taken by modern capitalism is not a consequence of the capitalist nature of modernity, but rather that it is a hangover from the fragmented absolutist state structure into which capitalism was born. By contrast, Kees van der Pijl, posits a deep structural relation between capital and world politics that underpins modern imperialism. He argues that humanity’s relationship with nature is structured through both a mode of production and a mode of foreign relations. More concretely, he traces the trajectory by which the English speaking world constituted itself at the ‘Lockean heartland’ at the core of modern capitalist civilisation, and how this preeminent position has come to be increasingly challenged in the modern transnational age. For his part, Bill Robinson provides a succinct summary of his more extreme version of this transnationalist perspective. He suggests that Hilferding et al’s analyses of the world in the early part of the last century were not wrong, but that they did tend to make unwarranted extrapolations from a historically specific moment in the history of capitalism to a general characteristic of the relationship of states to capital. Robinson argues, by contrast, that capitalism has gone through a series of phases, and that most recently the transitional phase of globalisation has undermined the assumptions upon which the classical Marxists based their theory of imperialism. It is from this perspective that he rejects the characterisation of his work as a form of neo-Kautskyism. If he nonetheless believes that imperialism is still with us, it is based upon the intensive and extensive expansion of capitalist social relations rather than inter-state competition.

Neil Davidson’s contribution to the debate is from the opposite perspective. Deriving from the same tradition as Callinicos – that is from an interpretation of Marx, Lenin, and Bukharin through a lens of the work of Mike Kidron, Tony Cliff and Chris Harman – Davidson argues that Callinicos’s attempt to marry a realist moment onto the Marxist analysis of capitalism marks a retreat from the insights of this tradition. In particular, Davidson develops Harman’s comments about non-market forms of competition as an alternative to the explanatory pluralism he suggests Callinicos effectively embraces. Alternatively, in his contribution to the one logic or two debate, Mark Rupert builds upon the arguments made by Justin Rosenberg and Ellen Wood on the way that capitalism gives rise to a necessary separation of economics and politics, which in turn underpins the possibility of contemporary forms of inter-state completion. From a neo-Gramscian perspective he attempts to root a conception of modern American imperialism in the transition from Fordist to post-Fordist production. He suggests that though American workers have lost out from this change, imperialism offers especially male workers an important source of ideological conciliation.

From a much more materialist position the late Peter Gowan, to whom the collection is dedicated, argues in an important essay that is a fitting tribute to his powerful contribution to our understanding of imperialism, for a conception of imperialism rooted in the structure of modern production. Building on a critique of the neoliberal conception of declining returns to scale, Gowan shows not only that this dogmatic assertion has little basis in fact but also that it acts as a cover for the way that free market policies actually achieve exactly that which they are supposed to prevent: the tendency to monopolisation. Once the reality of increasing returns to scale is recognised, monopoly is best understood not in opposition to the market but rather as its logical conclusion. From this perspective, inter-state competition is best understood as the form taken by competition between territorially rooted monopoly producers. By thus rooting the theory of imperialism in the structure of industrial production, Gowan points beyond both the ‘hopelessly thin’ liberal conception of imperialism and the dualism of Harvey’s and (arguably) Callinicos’s conceptions of capitalist exploitation and inter-state competition. He also suggests, contra modern day Proudhonists, that the key political choice facing humanity is that between the democratic, socialist, control over large scale production or the privatisation of this control: imperialism.

Gowan thus provides the basis of the kind of materialist yet non-reductionist Marxism demanded by John Hobson. Commenting on various Marxist approaches to the problem of imperialism, Hobson suggests that whereas the ‘two logics’ and ‘relative autonomy’ of the state approaches attempt to escape the reductionism of the ‘base-superstructure’ model, the problem with these approaches is that, or so he posits, the base-superstructure model is immanent to Marx’s dialectical method. While Hobson suggests this as a general failing of Marxism, I’d prefer to see it as a basis for criticising all too common rejections of a caricatured version of the base-superstructure metaphor.

In an explicit return to a somewhat under-utilised aspect of the classical Marxist debate on imperialism, Aneivas then reproduces an exchange between Callinicos and Justin Rosenberg on Trotsky’s theory of uneven and combined development. Deployed by these two as a mechanism to conceive the reproduction of inter-state rivalries long after the state system inherited from absolutism had been transformed by capitalism, Callinicos and Rosenberg focus on the historical co-ordinates of Trotsky’s concept. Rosenberg takes it as having a universal significance, while Callinicos prefers to conceive it primarily as a characteristic of capitalist society. This point is extended by Sam Ashman. She argues that Callinicos is right to conceive Trotsky’s concept as referring to historically specific, capitalist, social relations, and that Callinicos is also right to develop an account of inter-state competition from this perspective. Nevertheless, she departs from his claim that this leads to a realist moment in IR. By contrast, in their contribution Jamie Allinson and Alex Aneivas develop a critique of political Marxism while agreeing that Marx does accept a series of transhitorical categories, which combined and uneven development can be conceived alongside.

For his part, Adam Morton applies the concept of uneven and combined development to account for the specific structures of class rule that facilitated Italy’s passive revolution, and later similar social transformations. Finally, Simon Bromley stresses the importance of the moment of politics in international relations, and the necessity of a non-reductionist interpretation of this moment.

The essays collected in this book point to the power of contemporary Marxist contributions to such a project. That Marxists are involved in such a fruitful debate is evidence that, once against, war has forced us to re-conceive our conceptions of the world in order to fight its inhumane aspects. These are fundamental questions, to which, in my view, these essays make important contributions. The nature of imperialism is a key issue not only for Marxists, and this book is a must read for anyone interested in understanding and fighting against modern imperialism.