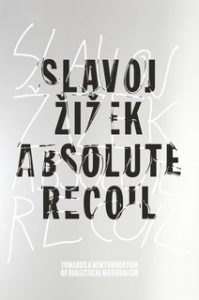 Owen Hulatt is a Teaching Fellow in Philosophy at the University of York. He is the editor of the …

This rather brief book constitutes an attempt by Rancière to demonstrate that the ‘aesthetic regime’ of tragic and modern art made Freudian psychoanalysis possible (3-4), and that Freud’s psychoanalysis of the art to which he owed his new science was thoroughly flawed. Rancière expounds his argument with power and concision, allowing him to develop a theory of art and Freudian psychoanalysis in general with admirable brevity.

Rancière asserts that the condition of the possibility of Freud’s new science of psychoanalysis was what he calls the ‘aesthetic regime’. This regime, which is not temporally specific (beginning with Oedipus the King and periodically reappearing until becoming dominant in the ‘aesthetic revolution’ in modernity / modernism), is a form of thought identifiable by its constitutive ‘identity of contraries’ (23), these contraries being the known and unknown, the meant and not meant, the active and the passive. Rancière sees these contraries as symptomatic of the general dichotomy between what he terms logos, reason and thought, and pathos, which is generally that which is opposed to the structures of logos – awareness of the meaninglessness of life, unconscious influence on thought, etcetera. This dichotomy is seen as instantiated both in artworks, and in agents.

This dichotomy between pathos and logos, which Rancière claims is first articulated in Oedipus the King, introduces a hermeneutic space within which interpretive practice takes hold. It is just this space, claims Rancière, which psychoanalysis makes use of. Oedipus introduces the notion of the sickness of reason, and the determining role of the unintended and the not-meant. Rather than, as on an Aristotelian model, the tragedy being effected by ‘an arrangement of actions’ (18), Oedipus unfolds rather due to the conflict between the agent’s consuming desire to know and that which he does not know. The events of the play cannot be understood simply by observing the actions, as on the Aristotelian model, but instead unfold due to a contradiction between the apparent structure of Oedipus’ intentions (his knowing), and the concealed forces which lead to his downfall (that which he does not, and does not allow himself to know). As such, Rancière claims, the aesthetic regime is itself possessed of an unconscious, this unconscious being identified with the interpretive space already referred to. In order to be understood, the artwork demands that it is not merely observed, but that it is interpreted, this interpretation having reference to the relationship between the apparent and the concealed.

Returning to the constitutive dichotomy of logos and pathos in the art of the ‘aesthetic regime’, Rancière claims that there have been two characteristic interpretive practices. Firstly, one might interpret from pathos to logos. This practice is identified with Hegel’s Lectures on Aesthetics, wherein the apparently thoughtless, ‘insignificant details’ of the artwork are revealed as playing a role in and being determined by the aesthetic whole. Secondly, one might interpret from logos to pathos. This practice is identified with Nietzsche and Schopenhauer, wherein one interprets the apparently coherent structure of the artwork as in fact revelatory of the unconscious drives which occasioned it. Rancière claims that both of these procedures are demanded and necessitated by the artwork.

The characteristic failure of Freudian analysis, according to Rancière, is in its betrayal of this double interpretive practice demanded by the artwork. It is in this critique that Rancière’s argument is perhaps at its strongest. Rancière identifies Freud’s interpretive practice with the ‘logos to pathos’ model (61). While Freud accurately discerns the presence in the rational, logos structure of the artwork traces of some deeper pathos, he invariably forces this pathos to confirm to his pre-conceived psychoanalytic method. In this way, the pathos is excavated only to be forcibly converted once more into the rationally explicable, into logos. As Rancière puts it, ‘[o]nly one thing seems to interest Freud: reestablishing linear causality in the plot’ (58), and he provides a good account of the interpretive violence which Freud often used to forcibly accommodate the artwork to his own analytic method. However, there can often appear to be an odd distribution of effort – much space is dedicated to establishing the failings of Freud’s aesthetic analyses (which are scarcely unknown), but little to a sustained defence of Rancière’s unusual theory of the aesthetic.

While this book’s brevity is matched by its density, there still remain a number of unaddressed issues which mar the plausibility of Rancière’s account. Not least of these is the issue of the constitution of the artwork. Whilst Rancière acknowledges that the artwork is internally autonomous ‘and … forcibly heteronomic’ (87), his use of the terms pathos and logos put this duality into question. Rancière freely equivocates between the meaning of the terms pathos and logos as relevant to aesthetic form (e.g. pathos as the apparently meaningless elements of the artwork) and as relevant to the artist or observer (pathos as the dread of the individual at the meaninglessness of life). Rancière provides no account of how the aesthetic manifestations of pathos and logos relate to the subjective manifestations. This introduces a confusion which is not resolved, and sadly undermines the remainder of Rancière’s discussion.

This confusion appears most explicitly in his discussion of Ibsen’s play The Lady From the Sea. Rancière straightforwardly takes the pathos of aesthetic expressions (the character’s being ‘haunted by the irresistible call of the sea’ (79)) to be congruous with the pathos which Ibsen describes in his draft notes for the play, in which Ibsen asserts that he wants the play to demonstrate the ‘dependence of the human will on “the will-less”’ (80). If the formal aesthetic manifestation of pathos in a dramatic context is to be more than merely analogous to the pathos of the dependence of the real individual’s ‘will on “the will-less”’, we are owed an account of how the latter relates to, or occasions, the former.

Seeing the aesthetic as bearing pathos and logos in the same way as the individual, as implied in the example above, seems incoherent (artworks cannot bear states or drives in the relevant sense). This incoherence can only be removed if we relinquish the autonomy of the artwork – if we see the artwork as merely the expression of human experience, the tension between the aesthetic and individual expressions of pathos and logos disappears, by virtue of construing the aesthetic as merely an expression of the individual. However, this comes into conflict with Rancière’s desire to maintain both the heteronomy and the autonomy of the artwork (87). Alternatively, we might construe the relationship between the aesthetic and extra-aesthetic as merely analogous. However, this posits the aesthetic as not determined by the extra-aesthetic, and hence the aesthetic becomes wholly autonomous. This comes into conflict with Rancière’s desire to maintain the artwork as simultaneously autonomous and heteronomous (87). As such, Rancière’s account, as articulated in this work, is apparently caught in a serious dilemma.

This dilemma may appear irresolvable. However, a possible solution emerges through comparison to a similar difficulty which is encountered in Adorno’s aesthetics. Adorno also attempts to hold the artwork as simultaneously autonomous and heteronomous. As such, he wants to see the aesthetic and extra-aesthetic as being in a determining relationship. This has lead to the criticism that the determining relationship Adorno draws between the aesthetic to the extra-aesthetic is, at least in part, merely analogous (e.g. Dahlhaus 1987 quoted in Paddison 2002, p. 223). However, Adorno has been able to surmount these criticisms due to his recourse to the category of mediation, which provides a detailed explanation of the working of aesthetic autonomy as being constituted by, but not reducible to, the extra-aesthetic (Paddison 2002, p. 226). Without a similarly detailed account of a determining (non-reductive, non-analogous) relationship between aesthetic and non-aesthetic pathos and logos, Rancière’s account as outlined in The Aesthetic Unconscious must be seen as significantly incomplete, and subject to a significant dilemma.