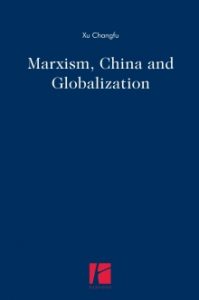 This short book, Xu Changfu’s first to be published in the West, collects six short essays previously published in Western journals. Xu is well known in Chinese Marxist circles. He belongs to thinkers critical of the current regime who desire when plausible to follow Marx at least in spirit. As the title suggests, the papers collected here all concern Marxism, Chinese problems, and globalization. The result, as David McLellan indicates in his short Preface, is a fine introduction to contemporary Chinese social and political thought. According to Xu, the papers share the overriding theme: “why have Marxism and China been tied together?” (xi).

The first chapter is entitled “On the Reception of Marx in China Today.” Xu usefully points out the distinction between interpretations of Marx adopted by the Chinese Communist Party, those tolerated by the Party as irrelevant, and those the Party is unwilling to tolerate. Xu points out that the Party’s view of the relation between Marx’s views and its own is unclear. Xu notes that roughly since 2000, the Party has tolerated views of Marx and Marxism it regards as “irrelevant” to its interests. As a result, Marx has been partially recovered from official ideological views. In this regard, Xu recommends Gao Qinghai, Yu Wujin and Zhang Yibing. He especially recommends Li Zehou, who was forced into emigration, but whom he describes as “the greatest thinker in contemporary China” (10). In sum, there is an increasing tendency to produce a series of “Marxes” ranging from the official Party view to other alternatives.

The second chapter deals with “The Incomplete Transformation of Sinicized Marxism.” Xu’s purpose is to expose what he calls the “de-theorization” and the “de-liberalization” of Marxism in China as well as the more recent but limited “re-theorization” and limited “re-liberalization.” According to Xu, Sinicized Marxism gives up Marx’s theoretical attitude in adopting a so-called hermeneutical attitude. As a result, Chinese Marxism serves as a practical strategy, above all in justifying the Party’s practices. Xu thinks the price to pay for this Chinese approach to Marx is that the Party has never accepted Marx’s idea of freedom (24). Xu, who points out that de-liberalized Marxism is incompatible with Marx’s position, advocates the liberalization, the theorization and the diversification of Marxism.

Chapter 3 studies, as the title indicates, “The Revelations in Marx’s and Kang Youwei’s Predictions on the Social Progress in China.” Kang, who is likely to be unknown to most Western readers, was a Chinese scholar exactly forty years younger than Marx, who pushed for radical reforms before being forced into exile. Xu thinks that Marx is Kang’s only equal (40). Kang thought that China was advancing from absolute monarchy toward constitutionalism, whereas Marx thought it was destined to be a republic. Xu, who reviews parallels between the views of Kang and Marx, thinks they are worthy of further study.

The fourth chapter is entitled “Why Do We Need Practical Wisdom? A Chinese Lesson in the Process of Globalization.” This is a version of the ancient problem of the social relevance of philosophy. Xu here makes a qualified return to Aristotelian practical wisdom that he regards as holding promise for human practice in an age of globalization.

“Shijian zhihui” translates Aristotle’s “phronesis” or “practical wisdom.” “Practical wisdom” is distinguished from “theoretical wisdom” or “sophia,” as well as “productive wisdom” (techne) and “production” (“poiesis”). Xu argues that “practical wisdom” includes two elements: On the one hand, practice is prior to theory, and on the other, everyone should have the right to speak. This last point is practically important, but not clearly related to Aristotelian phronesis.

According to Xu, the present century offers the opportunity to move toward practical wisdom that is characterized not by opposition but harmony. As concerns China, this means looking away from doctrinaire Marxism in learning to apply a series of different theories.

In sum, Xu’s view of practical reason comes down to appealing to different theories to solve concrete problems. He further thinks that in this process everyone must have a voice, though how to bring that about is left unexamined. He closes in stressing that globalization can only avoid polarization if the poor have a voice in their own destiny.

Chapter 5 turns “on the Globalization of Labor: An Argument from a Marxist and a Chinese Perspective.” Xu detects an imbalance between the globalization of capital and the globalization of labor. He claims that when capital is globalized but labor is localized, this leads to conflicts between rich and poor nations. These conflicts can only be overcome when globalized labor becomes an end and globalized capital is a means. The obvious difficulty is how, for instance in a large developing nation like China, such a situation can be brought about. The current “Road and Belt” initiative seems designed to increase the Chinese economy through a form of regional colonialism at the expense of its neighbors without realizing anything like what Xu has in mind. Certainly current resistance in the European Common Market against the movement of labor across national borders points to rather than resolving the problem. Xu suggests that according to Marx the end of capitalism lies in “the free movement of both capital and labor to the extent of the whole earth” (83). He concludes that the globalization of capital without the globalization of labor can only bring about new problems.

The final chapter counts as a Chinese approach to the ecological problem that it treats under the heading “Ecological Tension: Between Minimum and Maximum Changes.” Xu points to four different “modes” in varying the forms of the problem, population and gross domestic product. An example of the absolute minimization of the ecological problem might be might include minimum population plus minimum GDP yielding minimum change, and so on. He understands the ecological problem in general as the destruction of the ecosystem in a way harming human beings. In China it is well known that this problem depends on two factors: population, which is already the greatest in the world; and the world’s second highest GDP, which is rising. Xu thinks ecological problems can be mitigated but not resolved. He thinks the best one can do is to globalize population control as well as strive for greater unity on an international scale.

This book is not an ordinary philosophical treatise. It is rather a sober survey of the recent and present state of the case in Chinese Marxism, in Marxist China and abroad. Xu’s work falls somewhere in between that of Benjamin Schwartz and Adrian Chan. The former formulates what is sometimes called the standard Western view in examining the relation between Soviet Marxism and the Chinese Revolution. The latter provides a staunch defense of Chinese Marxism in theory and practice. Xu’s very different aim is two-fold. On the one hand, it lies in freeing Marx from his current politically orthodox Chinese embrace. On the other, he wants to take a hard look at current problems to whose amelioration Marx can plausibly contribute.

Academics are routinely punished for holding dissenting views, in China even more. Xu’s book helps to grasp contemporary problems as well as Marx’s possible contribute to their resolution. Though very brief, it bears favorable comparison to the best writings on Marx both in China and everywhere.