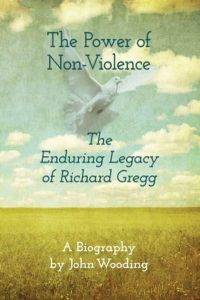 John Wooding
The Power of Nonviolence: The Enduring Legacy of Richard Gregg