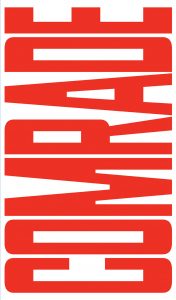 In her latest book, political theorist Jodi Dean seeks to fill what she perceives to be a gap in the literature of politics by explicating the concept of the comrade as an ego ideal. Though previous writers have characterized concepts such as the ‘citizen’ or the ‘prince’ as generic terms, as yet no monograph has been devoted to the concept of the ‘comrade.’ In short, Dean describes the ‘comrade’ as a generic term functioning as a mode of address bearing expectations of solidarity among those belonging to the same side in the emancipatory struggle for an egalitarian world free of racial and patriarchal capitalist exploitation. In contrast to individualistic notions rooted in the rhetoric of self-care, comrades accept the discipline necessary to build the political capacity required for this shared struggle. While she concedes at the outset, that the expression seems out of date in our current politics, nonetheless she holds it worthy of recovery.

Dean devotes the book’s first chapter (‘From Allies to Comrades’) to a comparison of the comrade with the currently fashionable notion of an ally. Dean argues that the ally is a construct within the framework of neoliberalism characterized more by personal development in the form of self-education and discourse than the solidarity required for collective action toward the communist horizon. This shift has also coincided with increasing skepticism towards any commitment to a party as the vehicle for emancipatory struggle. Though allies are desirable, Dean maintains they are no substitute for the discipline and solidarity expected of a comrade, and she identifies four trends within communicative capitalism that provide a more favorable terrain for comradeship: the power of numbers, the inability of identity to ground a left politics, the emergence of common symbols due to increased demands on our attention, and the limits of organizational horizontality. Unfortunately, Dean does not really engage with the claims that marginalized persons make regarding allies. First, allies have an affirmative obligation to engage in self-education as to the oppression experienced by marginalized populations as not to impose undue burden of educating others an education that goes well beyond mere personal growth but is required for effective collaboration in the struggle against racism, patriarchy and heteronormativity. Second, that marginalized people need to lead the struggle against their own marginalization if we are to avoid reproducing the hierarchies we seek to dismantle. Any attempt to update the concept of the comrade for political engagement in the twenty-first century, then, needs to take to incorporate the insights of intersectional politics.

In chapter two (‘The Generic Comrade’), Dean uses historical and literary sources to argue for a non-gendered and non-raced conception of the generic comrade. She pays particular attention to the engagement on the part of the Communist Party U.S.A. with issues regarding the domestic labor of women and the ‘Black Belt’ thesis in relation to the African-American community. Dean calls attention to the Communist Party’s insistence in its heyday that its members risk their persons in actively confronting racism. She concludes that the generic comrade cannot be characterized as a white, masculine concept, but is indifferent to personal differences. The focus on the comrade as generic points toward the universality of the goal of human emancipation. However, given the indifference to personal differences, Dean’s account of the generic comrade is ill-equipped to function in an intersectional environment.

Chapter three (‘Four Theses on the Comrade’) explores in greater detail the substantive conception of comradeship in which the commitment to communism expresses the collective desire for collectivity. Her first thesis calls attention to the utopian element of comradeship characterized by sameness, equality and solidarity. From this, she proceeds to her second thesis that ‘anyone but not everyone’ can be a comrade as they work facing outward to the emancipatory project. Thus, the comrade, as a figure of political belonging in a party engaged in political struggle, is fundamentally different from relations of family, friend, neighbor and citizen. According to her third thesis, the individual as a locus of identity is the other of the comrade, with a concomitant effacing of personal differences. In the fourth and final thesis, comrade relation is mediated by fidelity to truth, of practices that seek to materialize truth in the world. Corresponding to the different theses, she identifies the basic character attributes of the comrade as discipline, joy, enthusiasm and courage.

In her fourth and final chapter (‘You Are Not My Comrade’) Dean engages with the dissolution of the comradeship. She specifically discusses involuntary expulsion and voluntary resignation, both from the party, along with the disorientation, loss of meaning, and end of relationships that result from these processes. However, she avoids any serious discussion of the purges in which governing Communist Parties actually engaged, though perhaps she considers a purge to be a special case of expulsion. But that would minimize the magnitude of the destructiveness of the actual Stalinist practice. In general, Dean exhibits a pattern of ignoring those practices and thereby avoiding a reckoning with Stalinism.

In general, Dean’s book is a welcome effort to recover the concept of a comrade. By calling attention to the expectations and practices of solidarity among those who share a commitment to emancipatory struggle, Dean’s account represents an advance over the much looser conception of allies, those whose alliance may prove to be quite transitory with corresponding fluctuations in organizational structures. Nonetheless the effort is frustrating and disappointing in its execution. As Dean points out early on in the book, ‘comrade’ as a mode of address feels outdated and obsolete, but her approach does little to dispel this feeling. In her selection of literary and historiographical sources, she looks back to a particular historical period that has passed from which she tries to recover an ego ideal applicable to our current political situation, but does so without really acknowledging the failures involved with that ideal and the very different political consciousness of today, both of which would be required to rehabilitate the concept of a comrade.

First, the concept of belonging as she uses it is ambiguous. Are we talking about belonging to the same side of a struggle, to a movement, or do we mean to belonging to the same political party? In the context of her essay, it is clear that, for Dean, comrades are not just on the same side of a struggle but members of the same party, the Communist Party. However, no such party or its equivalent, communist or otherwise, exists today and there are good reasons why such a party no longer exists. Thus, we lack the type of institutional structure required for Dean’s ego ideal of a comrade to make sense, nor does she provide even a brief account of what she considers to be her desired party structure, which would certainly have been useful. We are left surmising that we should seek to reconstitute the old-style communist party that is central to her sources.

Second, if we take seriously Dean’s fourth thesis, then our actual political practice needs to be consonant with the truth that we seek to materialize in the world and the centralized verticality of the traditional communist party simply does not model the type of egalitarian society that an authentically emancipatory movement seeks to create. In her third chapter, Dean does call attention to a pre-Bolshevik and consequently looser understanding of comradeship that holds far greater promise as a starting point in reconstituting left organizational structures as a significant force in this century. Furthermore, rather than rejecting the arrangements pioneered by the occupation movements of this past decade, a truly relevant conception of comradeship needs both to accommodate the insights and correct the deficiencies of these decision-making and organizational practices.

Finally, while Dean’s effort to free the ego ideal of the comrade from any association with white masculinity is certainly important, her formulation of her second and third theses on the comrade would seem to vitiate that effort. By opposing the comrade to the individual, she eliminates those features of our lives that ground analyses of intersectionality, namely, race, gender, sexuality. The concept of the ally does have the merit of being open to and embracing a fuller range of human experience under late capitalism. Now Dean might respond that she is merely trying to lay out one specific ego ideal, which inevitably involves abstraction from a number of attributes, and that it should in no way be taken to denigrate other ego ideals. However, she has done so in a way that makes it difficult to challenge racism, sexism and heteronormativity in the context of emancipatory project of liberating humanity from capitalist exploitation, dehumanization and environmental destruction.

Let us conclude this review by comparing briefly the concept of the ally with that of the comrade. To identify as an ally is to recognize that one is not a member of a particular community engaged in a struggle against oppression. Instead, one’s role is to support members of that community in their struggle. Finally, an ally accepts that the existence of a multiplicity of different struggles; fundamentally, the ally acknowledges of the diversity of struggles. By contrast, all comrades are part of the same common struggle, an overarching struggle for universal human emancipation. Dean is certainly correct in maintaining that we need to reclaim that conceptual space if we are effectively to overcome capitalism, but this requires a reconceptualization that incorporates the insights of intersectionality.