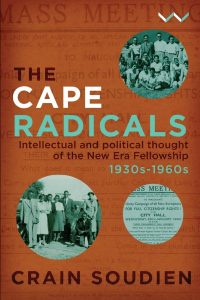 Christopher J. Lee is Associate Professor of History and Africana Studies at Lafayette College in …

South Africa’s liberation struggle during the twentieth century has been seemingly inexhaustible for historians, despite the wide range of scholarship that has been produced before and after the 1994 election of Nelson Mandela. This abundance of work can be attributed to the longevity of activism, the demographic diversity of the country, and the variety of political cultures that emerged. The Cape Radicals by South African sociologist Crain Soudien is a history of leftist activism and intellectual debate in Cape Town during the mid-twentieth century—a crucial period of transition that includes the buildup to the national election of 1948, which resulted in the implementation of apartheid, and the widespread political resistance that unfolded thereafter. In contrast to many political histories that have focused on the South African Communist Party (SACP), the Pan Africanist Congress (PAC), and, especially, the African National Congress (ANC), this book addresses the lesser known New Era Fellowship (NEF), a collective of activist-intellectuals that was neither a formal political party nor a liberation organization. It styled itself as a ‘society’ that placed a premium on debating ideas and culture, rather than pursuing membership recruitment or solely planning political strategy. The Cape Radicals consequently shines important light on the political and intellectual ferment that existed in Cape Town from the 1930s through the early 1960s.

Consisting of eight chapters, Soudien’s account not only restores the NEF to wider notice, but, in doing so, he demonstrates how liberation politics in South Africa were not exclusively shaped by nationalist parties like the ANC. Activists also drew their energy from reading clubs, intellectual circles, and other informal community groups that cultivated critical views of the politics of the time. Such communal organizations for social gathering served as crucibles for producing new voices as well as affording spaces for members of different political parties to interact, debate, and compromise with one another. As Soudien writes, the NEF was founded with the intention of ‘spreading enlightenment’ (1) as worded in the fellowship’s constitution. The NEF sought to provide its members ‘not only a sense of entitlement to dignity but also an awareness of new human possibility’ (1). This ambition signaled the ‘new era’ aspired to in the NEF’s name. Soudien subsequently argues that despite its relatively small size and marginalization in the historical memory of the present, the NEF was vital in promoting a global understanding of the problem of race for local Capetonians, in addition to articulating ideas of hegemony that explained white minority rule in South Africa. Of fundamental importance was the fact that many participants in the NEF were teachers, who transmitted these perspectives to students—and future activists—in the Cape Town area.

Founded in 1937, the NEF came in the wake of a range of organizations started after the formation of the Union of South Africa in 1910. The South African Native National Congress, later renamed the African National Congress in 1923, was among the first, established in 1912, but it was soon followed by the Industrial and Commercial Workers’ Union (ICU) in 1919 and the Communist Party of South Africa (CPSA) in 1921, later to be renamed the South African Communist Party (SACP) in 1953. The ICU was far more popular in terms of membership than either the ANC or CPSA during the interwar period through its blending of trade unionism, Garveyism, and African nationalism. Its collapse during the early 1930s has been attributed to its pace of growth that exceeded its institutional capacity for effective coordination. Nonetheless, the ICU and the CPSA founded a tradition of radicalism that continued to inform South African politics in the decades ahead. It is one backdrop that the NEF must be set against. A second backdrop is that of local ‘Coloured’ politics in Cape Town—the term ‘Coloured’ referring to persons of multiracial background who formed one of the largest demographic groups in the Western Cape. The African Political (later People’s) Organisation (APO), founded in 1902, represented this community under the leadership of Abdullah Abdurahman (1872-1940). His daughter Zainunnisa ‘Cissie’ Gool (1897-1963) later became involved in radical politics marking a generational shift in the community. With the APO moribund by the mid-1920s, the 1930s witnessed the rise of new entities such as the Lenin Club (1932), the Workers’ Party of South Africa (1935), the All-African Convention (1935), and the National Liberation League (1937), which furthered this radical turn. As Soudien writes, the NEF was an ‘engine room’ (31) for this new militancy.

The radicalization of Cape Town politics reflected shifts in communist internationalism during the same period. The split between Stalin and Trotsky, resulting in the latter’s expulsion from the USSR in 1929, impacted South African politics with the CPSA following the Stalinist line. Members of the NEF, on the other hand, largely embraced Trotskyism. Indeed, a brief, but significant, correspondence occurred between Trotsky and local activists. Shortly after Trotsky established the Fourth International in 1938, the Fourth International of South Africa followed. Furthermore, preceding organizations like the Lenin Club had included expelled members of the CPSA. Attempts were made to bring the Stalinists and anti-Stalinists together under the umbrella of the National Liberation League. However, such efforts at reconciliation were limited. Though Soudien is somewhat inconclusive about the precise ideological and organizational beginnings of the NEF, this uncertainty echoes the archival record, which provides several explanations about the NEF’s beginnings involving the figures of I. B. (Isaac Bangani) Tabata (1909-90), Ben Kies (1917-79), and Goolam Gool (1905-62), the brother in law of Cissie Gool. These three had connections to the preceding organizations, and they shared a Trotskyist orientation. They also reflected the multiracial membership of the NEF.

Despite the murkiness of its origins, Soudien discusses how the NEF quickly became a presence in the political life of Cape Town, specifically in the racially polyglot neighborhood of District Six. As noted in the NEF’s 1939 constitution, the purpose of the fellowship was to sponsor ‘lectures by competent members or non-members, debates and the formation of Study Circles, public meetings, social events such as dances, social evenings, musical evenings, smoking concerts and sporting activities’ (81). With these tenets, the NEF aspired to provide a public education for community members that addressed the whole person. Reading, conversation, and socializing were equal to politics. As noted earlier, a number of members, such as Kies, were teachers, which informed this holistic pedagogy. Yet the rise of fascism in Europe and the start of the Second World War soon preoccupied NEF members, as did escalating measures of segregation that would ultimately lead to the implementation of apartheid beginning in 1948.

As emphasized in The Cape Radicals, a key moment proved to be in 1943 when the South African government established the Coloured Affairs Department (CAD)—akin to the existing Department of Native Affairs for Black South Africans—that created a separate bureaucratic structure for Coloured South Africans. It was immediately viewed as a new measure of segregation, which compelled the founding of the Anti-CAD Movement. This new organization joined forces with the All-African Convention (AAC) under Tabata and the South African Indian Congress (SAIC) to form the Non-European Unity Movement (NEUM). The descriptor ‘Non-European’ was designed as a term of solidarity for the three different organizations that fell under the movement’s federal structure. It also promoted a central idea of the NEUM and that of its members who emerged from the NEF: ‘non-racialism’.

The position of ‘non-racialism’ became the defining feature of the NEUM and a source of its eventual downfall. As Soudien carefully details, ‘non-racialism’ was a logical position to undertake given the pseudoscientific basis of ‘race’ and its employment by the South African government for its divide-and-rule strategy. The position of ‘non-racialism’ was an extension of the critical reason and ‘enlightenment’ that animated the NEF and its intellectual community. Yet ‘race’ was difficult to escape as a feature of political and everyday life in South Africa. The SAIC soon departed the NEUM to join the ANC. The NEUM itself retained a racialized structure through Anti-CAD and AAC branches, which some scholars have argued to be a self-defeating contradiction between principle and practice. However, a policy of ‘non-collaboration’ with race-based events and political organizations proved to be more detrimental by effectively marginalizing the NEUM in national politics, which was soon defined by the ANC and its Congress Alliance during the 1950s, resulting in the 1955 Congress of the People, the Freedom Charter, and the rise of such figures as Nelson Mandela.

Despite its shortcomings on the national stage, members of the NEUM continued to have a strong intellectual influence in the Cape Town area, one that fostered a new generation of activists who later participated in the United Democratic Front of the 1980s. Texts like The Contribution of Non-European Peoples to World Civilisation (1953) by Kies confronted the racism embedded in South African intellectual and political life while also laying the groundwork for a new historicism that foregrounded the rights and contributions of South Africa’s non-white majority. Indeed, it is important to underscore Soudien’s repositioning of the NEF as more significant than the NEUM, which contrasts with many preceding historical interpretations that have favored the latter given its status as a political movement. The Cape Radicals insists on a rethinking of South Africa’s liberation history by emphasizing intellectuals and cultural communities over leaders and political parties.

South African politics is noted for its distinctive regionalism, despite the country’s relatively small size, and the Western Cape is arguably best known for the Cape liberal tradition—a history anchored in the 1853 constitution of the British Cape Colony that established a nominally non-racial franchise for any man who could meet the set property requirements. The Cape Radicals provides a counternarrative to this view by underscoring the importance of the region’s radical politics. Though parts of the book are finely detailed and could have used a stronger editorial hand from Wits University Press, Soudien’s study should garner attention from readers seeking a more nuanced understanding of South African politics beyond the ANC, especially the oft-neglected role of Trotskyism among activists. The Cape Radicals reestablishes the reputation of the NEF in South African history and, in doing so, the significance of intellectual argument and exchange in the making of political worlds.