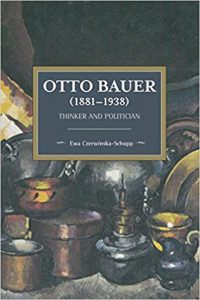 Ken Cheng recently completed a PhD at the Centre for European Studies, UCL, which examined pre-1914 …

The Viennese Marxist Otto Bauer came of political age during the Second International period (1889-1916), joining the Austrian Sozialdemokratische Arbeiterpartei (SDAP) at the turn of the century. At this time, Marxist theory and Social Democratic practice were the twin pillars of the European socialist movement. As ‘co-founder and prime mover of Austro-Marxism from 1906-38’ and ‘ideological leader of Austrian Social Democracy in the First Republic’ (xvii), Bauer was clearly a significant representative of ‘Social Democratic Marxism.’ Indeed, he might be seen as the latest-surviving Marxist of the Second International, insofar as he cleaved to its ideological tradition long after its institutional collapse. With his ‘theory of integral socialism,’ Bauer hoped to foster ‘co-operation between the Social-Democratic and Communist movements’ split apart by the 1917 Bolshevik Revolution, reuniting their respective emphases on ‘democracy’ and ‘revolutionism’ (203). In essence, this would have restored European socialism to the broad-church unity of its pre-1917 days. It is characteristic that Bauer led a major institutional effort towards ‘rebuilding’ the Second International – the International Working Union of Socialist Parties or ‘2½ International’ (31).

The historical epicentre of Social Democratic Marxism was the pre-1917 Sozialdemokratische Partei Deutschlands (SPD). For a generation of socialists, the SPD’s 1891 ‘Erfurt Programme’ embodied the unity of Marxist doctrine and Social Democratic activity. Analyses of Social Democratic Marxism have therefore tended to focus on the influential theorists operating within the German party at this time, including Karl Kautsky and Rosa Luxemburg. Studying related thinkers from other national contexts or historical periods might therefore be justified on the grounds of their relative neglect to date. However, such analyses will surely be of limited worth unless they offer fresh insight into Social Democratic Marxism, rather than simply reaffirming familiar conclusions already reached in relation to Kautsky et al. In this regard, Otto Bauer would seem to be an appropriate target for research.

There are four reasons that examining Bauer could offer new insights into Social Democratic Marxism. Firstly, the ‘Austro-Marxist’ school represented a distinctive interpretation of Marxist theory, carrying unique imprints of ‘Kantianism’ and ‘formal sociology’ (49). Secondly, Austrian Social Democracy confronted a unique set of political circumstances, many revolving around the disintegration of the Austro-Hungarian Empire and the possibility of Austria’s annexation (Anschluss) into the German Empire (xxi). Thirdly, Bauer’s specialized treatment of the ‘national question,’ especially in The Question of Nationalities and Social Democracy (1907), is often seen as a significant and singular contribution to Marxist theory. Finally, due to his longevity as a Second International Marxist, Bauer confronted the interwar ideologies of Bolshevism and fascism from a standpoint that many had abandoned by that time. The last factor is probably the leading cause of scholarly interest in Bauer to date, since his vision of an anti-fascist rapprochement between Social Democracy and Communism drew attention from ‘liberalising Eurocommunist factions of the Communist movement’ in the 1960s and 1970s (xiii).

Czerwińska-Schupp’s comprehensive study of Bauer’s thought covers each of these aspects, and is highly sensitive to the nuances, shifts, and contradictions within his political and theoretical views. Her methodology assumes that different ‘areas of Bauer’s work have a relatively autonomous character and do not form a homogeneous system’ (xix). The book therefore consists of an overarching biographical summary in the first chapter, followed by a series of thematic chapters that, in analytical terms, are largely independent. Her aim is to contextualize Bauer’s ideas within ‘the contemporary socio-historical situation,’ by which she means ‘to depict them in light of the political developments in the SDAP, the international workers’ movement, and the socio-historical processes in Austria and Europe at the time’ (xix-xx). However, whilst this methodological ambition enhances the empirical rigour and historical breadth of Czerwińska-Schupp’s analysis, it detracts from the coherence and significance of her argument – as evidenced in her somewhat-thin ‘Closing Remarks.’ In the absence of a clear representation of how Bauer’s thought functioned as a totality (or quasi-totality), Czerwińska-Schupp’s criticism often carries an ad hoc tone or falls back upon generalities.

The distinctive nature of Austro-Marxism is explored in chapters on historical materialism and the theory of imperialism. Czerwińska-Schupp argues that the ‘Austrian conception of Marxism’ was conditioned by a set of socio-cultural factors that led the ‘philosophical assumptions’ of ‘materialist dialectics’ to be supplanted by elements of Kantian positivism (51). This led the Austro-Marxists to diverge from Kautsky’s orthodox dogma of historical materialism, particularly on the question of ethics (78-82). It also equipped them to respond to ‘revisionists’ within Social Democracy who wished to abandon Marx’s revolutionary principles on ‘empirical’ grounds (50-51). Unfortunately, these propositions are presented in a rather confused and indigestible fashion, in what it probably the weakest chapter of the book. For example, Austro-Marxism’s hostility to revisionism hinges upon an opposition between ‘Kantianism’ and ‘neo-Kantianism’ that is left unexplained. Furthermore, Czerwińska-Schupp posits a ‘watershed’ in Bauer’s thinking in 1916, when he ‘critically review[ed]’ his earlier ‘Kantian point of view’ (47-48). Yet this point is barely developed in the rest of the chapter, except to cite Bauer’s own statement that such a transformation took place (61).

The subsequent chapter on imperialism is more successful, as summaries of Bauer’s views on imperialism as a stage of capitalism and the development of economic crises (largely derived from fellow Austro-Marxist Rudolf Hilferding) alternate with contextualizing discussions of the concrete socio-political problems that drew Bauer’s attention to these issues. A similar approach is taken in a chapter on Bauer’s theory of nationalism. The first half of the chapter outlines the argument of Question of Nationalities, with brief remarks on its influences and reception. The second half, which represents Czerwińska-Schupp’s original contribution to the subject, sets Bauer’s theory against the background of his views on the ‘national question’ broached by the disintegration of the Austro-Hungarian monarchy.

The political dilemmas of Austrian Social Democracy are brought to the fore in chapters on Bauer’s theory of the state, his approach to the problem of war, and his notions of ‘third way’ socialism. The strengths and drawbacks of Czerwińska-Schupp’s methodology are most evident in these sections. On one hand, her close attention to socio-political context illuminates how Bauer’s attachment to certain ideological values was interwoven with concrete calculations of the contemporary political situation. This permits a complex, multi-faceted analysis of Bauer’s thinking at particular historical moments, such as during the revolutionary unrest after the collapse of the Habsburg Empire in 1918. It is shown how Bauer’s ideological preference for ‘a peaceful road to socialism’ was reinforced by practical considerations concerning Austria’s economic and political standing within Europe and the state of its class relations (185-87). On the other hand, the manner in which a shifting succession of political-historical circumstances forms the scaffolding of Czerwińska-Schupp’s analysis arguably diminishes its conceptual and critical force. It entails that Bauer’s political thought is continually assessed by whether it responded appropriately to the ‘reality’ of the contemporary political situation in Austria or Europe as a whole – a ‘reality’ that is either stated peremptorily by Czerwińska-Schupp or established through secondary historical accounts. Aside from leaning upon what the author herself calls ‘historical hindsight’ (139), this approach neglects the extent to which revolutionary pronouncements will generally have a performative or propagandistic function, fundamentally complicating the relationship of Marxist theorizing to its immediate historical ‘reality.’

Although his attitude towards Bolshevism has been the subject of much existing scholarship on Bauer, Czerwińska-Schupp dispenses with this subject in a succinct fashion. She argues that Bauer’s position went through three stages: evaluating the Bolshevik Revolution as a ‘historical necessity’ (228); balancing support for Lenin’s New Economic Policy with criticism of Soviet dictatorship (228); and finally ‘pragmatic’ acceptance of dictatorship in the interests of rapid industrialization (239). The concluding statement that Bauer’s analyses ‘had little to do with the reality in the Soviet Union’ is probably fair (245); this ‘reality’ was more than just an ephemeral set of circumstances. Bauer’s theory of fascism is examined in the final chapter of the study. Czerwińska-Schupp shows how Bauer’s model, based upon Marx’s analysis of ‘Bonapartism’ as the response of ‘declassed’ social strata to economic crisis (306-07), had limited success in grasping the development of fascism in Austria, forcing Bauer into adaptations and equivocations. This is probably the theme best suited to Czerwińska-Schupp’s methodology, partly due to the self-contained nature of the subject, which justifies its ‘autonomous’ treatment, and partly due to the strong relevance of Austrian specificity, given the peculiarity of ‘Austrofascism’ compared to its German and Italian variants. Consequently, this is one of the most incisive sections of her study.

Overall, Czerwińska-Schupp’s methodology limits her insight into Social Democratic Marxism. This is best illustrated by the recurrent argument that Bauer’s misconceptions stemmed from a ‘deterministic-economic conception of history’ that assumed ‘the historical necessity of socialism’ (169). Not only is this already a common refrain (bordering on cliché) within SPD-centric studies of Social Democratic Marxism, but it also ignores what Czerwińska-Schupp herself identifies as distinguishing features of Bauer’s Marxism – for instance, ‘his consistent attempts to incorporate the subjective and evaluative aspect into the determinist perspective’ (352). It is certainly true that Bauer’s writings regularly invoked the orthodox Marxist category of historical ‘necessity.’ However, the greater point of interest is surely not this commonplace feature in itself, but rather the way in which Bauer reconciled it with elements that seemed to militate against determinism – for example, Kantian positivism, a recognition of ‘national character’ as a factor in history, and even the collapse of the Second International. The originality of Bauer’s Marxism is only sporadically illustrated within Czerwińska-Schupp’s book, and not forcefully conveyed by its argumentation.

Of course, this criticism may be overridden by an alternative criterion: accuracy as political biography. The lack of an overarching theoretical interpretation may be defended on the grounds of portraying ‘the complex socio-historical reality in which Bauer had to make decisions,’ as well as Bauer’s own ‘political indecision’ and inconsistencies (353). The reader’s assessment of Czerwińska-Schupp’s study will depend on whether they regard the difficulty of political prognostication as a sufficient lesson to draw from the history of socialism.