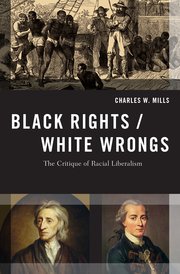 Before Copernicus, those who regularly watched the night sky had to accommodate numerous exceptions to their geocentric model of the universe. For example, at certain times of the year, Mars seems to run in reverse. We moderns know that this is due to the longer orbit that Mars has around the sun, but such inconsistencies at the time were resolved through the institution of “epicycles,” or small circular orbits that heavenly bodies followed even as they revolved around the sun. Copernicus, hired by the Catholic Church to conduct a reform of the calendar, initially employed some ninety of these Ptolemaic epicycles before the geocentric model fell apart under the weight of all the exceptions grafted onto it. Thus do scientific models advance and evolve through an ongoing preference for what is most useful and efficient. However, when it comes to models of who we are as a people, or how best to achieve justice and fairness in a population, old models can prove resilient so long as they remain useful for those in power. For example, while historians have done admirable work exposing the long legacy of violence that has underlain the establishment and maintenance of white supremacy in the United States – everything from strikebreaking and lynching to outright genocide – older interpretations of American history still remain useful to the elite, for they continue to provide a narrative that defines civil rights activists, feminists and labour leaders as outsiders, alien influences to be distrusted or even destroyed.

Promoters of the traditional view can accommodate the facts of genocide and racism as narrative epicycles, as exceptions to the rule, but will resist with every fiber of their being any attempt to remap the heavens according to this new information. This is what philosopher Charles W. Mills describes as a ‘conceptual tokenization, where a black perspective is included but in a ghettoized way that makes no difference to the overall discursive logic of the discipline, or subsection of the discipline, in question: the framing assumptions, dominant narratives, prototypical scenarios’ (188-189). Such a conceptual tokenization remains the norm for the discipline of philosophy, especially political philosophy, where a focus upon ideal theory typically elides any concern for political realities. Does this mean that the philosophical liberalism so dominant in our traditions of thinking is like the outdated geocentric model? Mills does not necessarily think so, and his latest book, Black Rights/White Wrongs, assembles some of his previously published material with the aim of advancing the argument that philosophical liberalism can be salvaged as a viable framework for advancing justice if – and only if – it incorporates the perspectives of those people whose lives have so long been relegated to the realm of “exception” – namely, victims of the titular ‘white wrongs’. As Mills writes, ‘The historic domination of conservative exclusionary liberalisms is the result of group interests, group power, and successful group political projects. Apparent internal conceptual/normative barriers to an emancipatory liberalism can be successfully negotiated by drawing on the conceptual/normative resources of liberalism itself, in conjunction with a revisionist socio-historical picture of modernity’ (13-14). Or as he insists later in the book, ‘one can utilize mainstream values to advance quite radical demands: the key strategy is to contest the factual assumptions with which mainstream theorists are operating’ (116).

Mills firmly grounds his view in non-ideal theory, which emphasizes the corrective measures needed to repair a society already riven by injustice. Part of the corrective process is a contractual model predicated upon the reality of race as a vector of domination and subordination – a recognition that the concept “white supremacy” best describes our lived reality, and that racial exploitation has been the key component of the social contract itself (the thesis of Mills’ 1997 classic The Racial Contract). Ideal theory cannot contribute to the corrective process because it ‘either tacitly represents the actual as a simple deviation from the ideal, not worth theorizing in its own right, or claims that starting from the idea is at least the best way of realizing it’ (75). In other words, the actual struggle for justice means responding to material realities rather than positing immaterial models, and this means recognizing that race functions as a system of domination in its own right and is not simply a subset of class, even if they have been historically intertwined and remain so today, as Mills himself acknowledges: ‘Logical distinctions in theory between US capitalism and white supremacy are all very well, but their fusion in reality into the composite entity of white-supremacist capitalism makes any political project of attempting to separate the two a non-starter, in part because of the reciprocal imbrication of class and race, class being racialized and race being classed’ (126). Rather than the employing the term “white privilege” currently in vogue, Mills pulls from the Marxist tradition when he emphasizes how white supremacy operates as an overarching system that provides its beneficiaries conceptual models for observing and understanding the world. But this actually opens up, for Mills, the radical potential of liberalism by shifting the conceptual ground and making the individual beneficiaries of ‘wrongful white benefit’ as responsible for the reproduction of white supremacy as they are for the personal achievements that ostensibly explain their relative advantage vis-à-vis non-whites.

The last few chapters of Black Rights/White Wrongs offers a concerted critique of the work of John Rawls, arguably the most influential political philosopher of the post-World War II period. First, Mills surveys Rawls’ textual record and finds significant silence on the subject of race, which is indicative of ‘a systematic white idealization away from the ugly empirical non-ideal realities affecting the non-white population’ (153). This silence is especially grating given the centrality of race to the Western tradition, as well as the impossibility of partitioning Europe (or what people generally mean when they say “the West”) from its colonies and subject populations. If ideal theory was supposed to model a means of confronting non-ideal realities, then ‘the fact that Rawls and his disciples and commentators have for the most part stayed in the realm of the ideal represents an evasion of the imperative of dealing with what were supposed to be the really pressing issues’ (159). The problem, however, does not solely lie with Rawls but with the entire field of political philosophy, which has so reconstructed the history of the West ‘that race and racial domination and the emancipatory struggles against them have been eliminated from the record in an intellectual purge, a feat of documentary falsification, as thorough and impressive as anything Stalin’s history rewriters could have engineered’ (200).

For Mills, the best corrective for the historical shortcomings of political liberalism is a healthy infusion of critical race theory, which can correct ‘both Western liberalism’s and Western Marxism’s failure to recognize and theorize the centrality of race and white supremacy to the making of the modern world and the implications for normative theory and an expanded vision of what needs to be subjected to liberatory critique to achieve social justice’ (204). With this, Marxist critiques can actually be synthesized into liberal traditions, creating what Mills dubs ‘black radical liberalism,’ which is no mere framework for the liberation of one racial group but rather a conceptual structure for human emancipation that gladly co-exists alongside movements against patriarchy, capitalism, homophobia, etc. Moreover, his foundation in non-ideal theory allows him to translate the “veil of ignorance” thought experiment from the Rawlsian original position (for the establishment of an ideal society) into a means of transforming a society already damaged by injustice: ‘What kinds of measures would you select to correct for a history of racial injustice, worried that when the veil lifts, you may turn out to be black or a member of some other historically subordinated race?’ (213). Or as the Dalit activist and thinker Bhimrao Ramji Ambedkar argued in The Annihilation of Caste, it is not sufficient for a constitution to contain rights – it must also contain remedies for wrongs.

According to one popular story, someone once remarked to Ludwig Wittgenstein how stupid he thought medieval people who believed the sun orbited the earth, to which the eminent philosopher replied, ‘I agree. But I wonder what it would have looked like if the sun had been circling the earth.’ The point being that subjectivity produces that illusion, and so long as no one interrogated the heavens extensively, it was not necessarily wrong to think the way medieval people did. However, new information and new perspectives demand a rethinking of old models. For a long time, and perhaps without even realizing what they were doing, “Western” philosophers have placed the white male at the center of our social universe and made certain assumptions about the orbits of other bodies. It takes a view from the perspective of these other bodies, a view from the edge, to disrupt this model and reveal the truth about our reality. In the field of political philosophy, Charles W. Mills has been that view from the edge (and often a voice in the wilderness), armed with the observations and equations necessary to unveil the truer shape of our social universe and to model those paths needed to achieve justice. For the scientist, those models are prized which best explain discrete phenomena and offer predictions that can be tested. It is high time that political philosophy similarly engaged with reality.