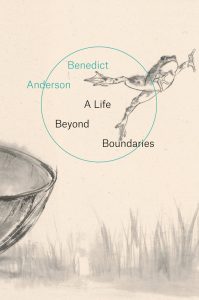 Benedict Anderson
A Life Beyond Boundaries

Benedict Anderson, who sadly passed away in 2015, was one of the great left-wing political scientists and historians of the latter half of the twentieth century. His book, Imagined Communities remains one of the best studies of the origins and development of nations and nationalism, and it is vital to anyone who is interested in the politics and history of nationalism under capitalism. Anderson also produced excellent work on the realities of colonialism and imperialism in South-East Asia, in particular the 1965-1966 anti-communist massacres in Indonesia, and the crimes of the Suharto regime. Anderson, as a left-wing thinker and writer should be remembered, and his work ensures this.

Anderson was Professor of International Studies and Southeast Asia, at Cornell University. He was part of the post-war generation of academic writers and researchers, particularly on the left, who revolutionised their chosen subjects and their chosen fields. In Anderson’s case, that was the study of nations, nationalism, Colonial and post-Colonial Asia. Anderson was also an expert on Indonesia, the Philippines, Thailand, anti-colonial struggle, and South Asian literature. His books covered history, politics and literature. His essays always showed real understanding of his subjects. In many ways Anderson was a great generalist in an age of narrow specialists. His autobiography and memoir, Life beyond Boundaries, published in 2016, and written in the years prior to his death, is a worthy addition to this life and work. In this short review I outline how this book fits with the rest of Anderson’s writings.

Life Beyond Boundaries is an intellectual memoir. It mostly describes Anderson’s life, but its main focus is an attempt, by Anderson, to account for his own ideas and his own intellectual development. Anderson’s life was varied for an academic, even for one who specialised in politics. He was born in China, in 1936, during the rule of the Kuomintang, and educated in Britain and the United States. He came from an Anglo-Irish family, and his Anglo-Irish father was a Chinese Maritime Customs Official during the 1930s. His family background was steeped in the history of Empire and the history of Irish Nationalism in the nineteenth-century. Anderson, too, had an exceedingly cosmopolitan and international career, spanning from the United States to Southeast Asia. As a result of this background, Anderson managed to overcome the limits of personal and social origins, and became a scholar of the modern world in every sense. In political terms, Anderson was always associated with the New Left. All of this is well described in Anderson’s memoir. Many of the best sections of the book deal with Anderson’s very varied life, from his birth in 1936 to his death in 2015. Indeed, Anderson died while checking the proofs of the English edition of this memoir.

Anderson’s greatest contribution, as an academic, was to the study of nations and nationalism. He always understood that nationalism was an important subject for the left to understand, and to not simply dismiss as narrow ethnic chauvinism, or egotism and narcissism. Anderson saw nationalism as a social force ingrained into the modern world, which must be understood if it is to be confronted and replaced with something better, namely with socialism and internationalism. Moreover, Anderson understood nationalism as a dual force in history; it could generate atrocity, but it could also inspire social resistance, and even social development.  Anderson’s study of nationalism, Imagined Communities, highlighted the social origins and social role of nations and nationalism. Both in Life Beyond Boundaries, and in Imagined Communities, Anderson showed that nationalism was a social force with social results, both for history and for politics. Anderson, in particular, showed how nationalism was linked to capitalism, and with the rise of colonialism and print capitalism. Imagined Communities also had the great merit of showing how nationalism emerged out of feudalism and capitalism, and was thereby a recent development in human history. In understanding the rise of nationalism since the nineteenth century, Anderson and his work remains vital and important. His work, alongside the work of Hobsbawm and Gellner, remains the greatest theoretical work on the topic produced in the twentieth century. Anderson’s notes on Imagined Communities, in Life Beyond Boundaries, also shows the continuing power of his definition of nation and nationalism as types of “Imagined Community”.  In many ways, any modern definition of nationalism must start with Anderson and his work, as he never dismissed nationalism, but  instead he sought to understand it.

Anderson was also the pioneer writer and researcher on colonial Southeast Asia. In Indonesian studies and Southeast Asia Studies, Anderson was particularly effective. His work on Indonesia, on the Sukarno government of 1945-1967, and the Suharto government of 1967-1998, still stands to this day. Anderson helped to expose the Suharto regime for its lies and crimes. He also exposed the reality of the events of 1965-1968 in Indonesia, as part of the political origins of the right-wing dictatorship which emerged after 1967 under President Suharto. Anderson’s Cornell Paper also investigated the 1965-1968 coup in Indonesia, the 1965-1966 mass anti-communist killings in Indonesia,  the destruction of the Indonesian Communist Party, and Suharto’s rise to power in 1965-1968. The latter was a subject which was much distorted in the 1960s and 1970s, and often shrouded in right-wing distortions and lies. Indeed, Anderson was banned from Indonesia during the Suharto period for daring to show the truth behind the government mass murders. For the Indonesian left, and the Indonesian Communist Party, Anderson’s work helped to vindicate the historical record and political record regarding Suharto’s Indonesia and the anti-communist purges of the 1960s. Anderson, still, remains one of the great Western writers on Indonesia and the rest of South-East Asia.

The book, Life Beyond Boundaries, in the final analysis, is an excellent memoir. It covers all the aspects of effective memoir and autobiography.  It also covers all the major forms of memoir, from biographical memoir to intellectual memoir, social memoir, political memoir and personal memoir. In the book, Anderson outlines not only his own ideas but also the ideas which have influenced his own, giving excellent insight into the development and influences of left-wing thinkers in the late twentieth-century. Anderson’s book is in this respect a great example of an intellectual memoir. He is always excellent in providing the background of his life with context and depth. The memoir is deeply introspective in places, while decorative and well-structured in others. The memoir is also written in Anderson’s classical and effective style. For those interested in the life of a powerful and still influential twentieth century academic, a thinking man of the broad left, it is compulsory reading along with Anderson’s other books.