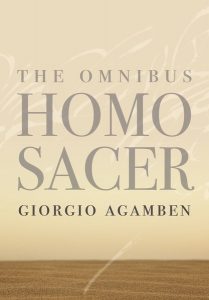 Whatever happened to what’s called, in French philosophical circles, “68 thought”, after the failure of the May’68 Paris student revolts, and the 1970s French, German, and American student movements to radically break with Western capitalist democracies? The answer, of course, is that it became what’s called “Post-’68 thought”, although exactly what Post-’68 thought might be is not exactly clear from critical discussions. Whether Post-‘68 thought might have contributed to the democratizing revolutions in Poland, Czechoslovakia, and East Germany, that led to the downfall of Soviet Communist satellite regimes, is an interesting question beyond the scope of this brief review. But if ’68 thought can be described as that strange combination of Freudian, Hegelian, and Marxist theory found in, for example, Guy Debord’s Society of the Spectacle and Deleuze and Guattari’s Anti-Oedipus, then Post-’68 thought took two distinct forms in reaction to the perceived failures of the Freudian/Hegelian/Marxist synthesis: first, a Nietzschean form, evident in the contemporary texts of Jacques Derrida (The Ends of Man) and Michel Foucault (The Will to Know and Power/Knowledge lectures); and, second, a Post-Marxist political-theological variant exemplified by Derrida’s Acts of Religion, Jean-Luc Nancy’s The Inoperative Community, and Giorgio Agamben’s The Coming Community. Although Agamben once claimed, in an interview with Adriano Sofri of Lotta Continua, to have been “not at all comfortable with ’68”, his connections with Italian radical politics are evident in his first published essay, On the Limits of Violence, first submitted to a radical journal in 1970. Agamben’s The Omnibus Homo Sacer (TOHS) is perhaps the best example of Post-‘68 thought still existing on the contemporary scene, precisely because it describes a Post-Marxist theoretical system capable of critiquing the 20th century Western and Eastern European totalitarian states that were the targets of Post-‘68 critique. Whether Agamben’s political theology also succeeds in describing an effective praxis of resistance and opposition to the 21st Century multinational capitalist system, however, is still another question.

As a contemporary example of Post-’68 thought, Agamben’s TOHS, composed of the nine volumes of the Homo Sacer series written between 1990 and 2015, at least demonstrates that it is possible to make a Post-Marxist theoretical critique of the Stalinist Communist State, as well as the German National Socialist regime, from the antiquated standpoint of the Weimar German political theology of Max Weber, Carl Schmitt, and Walter Benjamin, whose work was promulgated during the struggles between communism and fascism of the 1930s. Briefly, the first three volumes of the Homo Sacer series — Homo Sacer: Sovereign Power and Bare Life, State of Exception, and Stasis: Civil War as a Political Paradigm — are primarily concerned with a critique of Stalinist Russia and Nazi Germany, in which sovereign power ruled under a permanent ‘state of exception’ or a ‘state of emergency’ (i.e., a reign of terror), by exercising its monopoly on violence directly upon the bodies of its citizens, reducing them to the “bare lives” of biological organisms in the Stalinist Gulag and the Nazi death camps. The two central volumes of the Homo Sacer series — The Kingdom and the Glory: For a Theological Genealogy of Economy and Government and Opus Dei: An Archeology of Duty — by contrast, are devoted to the critique of the Western European bourgeois capitalist democracies, as biopolitical administrative systems for the bureaucratic management of biological human beings, whose prototypes, Agamben argues, can be discerned in the Catholic liturgical hierarchies and the Christian economy of salvation described by the Patristic Fathers of the Holy Roman Catholic Church. In Agamben’s political theology, the Catholic liturgical hierarchies are taken as paradigms of the bureaucratic governmental system of the Western democracies, in which subjectified individuals perform the duties of their offices like secularized priests without identifying themselves with their strictly prescribed roles, while the Christian economy of salvation (the divine governance of the world by an absent or invisible god) is taken as the prototype of the contemporary capitalist world-system, in which sovereign violence is exercised more indirectly upon the objectified bodies of its subjects to make them ‘work by themselves’ (in Louis Althusser’s phrase) without the direct intervention of sovereign power.

Taken together, then, these diverse volumes describe ‘the two paradigms’ of Agamben’s political theology, which might be called, after Michel Foucault, ‘the sovereign-and-law paradigm’ and ‘the biopolitical governmentality paradigm’, which constitute ‘the twin poles’ of ‘the political machine’, by which contemporary human beings are constituted as subjects and made to ‘work by themselves’ in the 21st Century multinational capitalist system. The Homo Sacer paradigm (the sovereign-and-law paradigm) reaches its penultimate statement in the description of the Nazi concentration camp inmates (the Musselmanner) in Remnants of Auschwitz, which provides the most striking example of how sovereign power reduces its abject subjects to ‘bare lives,’ stripped of all civil and human rights and exposed to sovereign violence. The Kingdom and Glory paradigm (the biopolitical governmentality paradigm) reaches its penultimate statement in The Highest Poverty: Monastic Rules and Forms-of-Life, with the description of the Franciscan monastic community, in which the communicants (the Franciscan monks) claim no property right in their worldly goods except for their strict use, and in which the ‘bare life’ of the monastic subject coincides ‘without remainder’ with strict adherence to monastic rules in an exemplary ‘form-of-life’: the Christian imitatio christi. This Christian communist paradigm then, along with its anti-Christian antitypes (Rabelais’ Abbaye de Theleme and Sade’s Sodom), establish the prototypes for the Post-Christian anarchist community that Agamben had described in his earlier work, The Coming Community. And finally, in The Use of Bodies, Agamben attempts to work through the master/slave dialectics of Aristotle’s Politics and Hegel’s Phenomenology, to supersede the Western metaphysical split between contemplation and work, being and praxis, or public and private spheres, and to describe ‘the forms-of-life’ of self-managing individuals who have been liberated from the constraints of sovereign power and capitalist productivity. This is the utopian anarchist community which, Agamben believes, exists somewhere beyond the sovereign power of the Western European democratic states.

Where Giorgio Agamben’s Post-Marxist political theology differs most drastically from the Marxist orthodoxy of Gyorgy Lukacs or Antonio Negri is in his hostile attitude toward Marxist theories of work or labor, which, for the Karl Marx of The German Ideology, is the basic activity by which biological human beings distinguish themselves from animals through the creation of material culture and the establishment of a primitive community. But Western metaphysics since Aristotle’s Physics, Agamben argues, has privileged the kinetic energy (energeia) of work accomplished (ergon) over the potential energy (dynamis) of work merely contemplated; and the Marxist fetishization of ‘work’ or ‘labor’ simply reproduces this obsolete concept of Western metaphysics. This fetishistic attitude toward ‘work’ or ‘labor’ is evident, for example, in Lukacs’ identification of capitalist labor with ‘a contemplative attitude [of the worker] vis a vis the working of his/her own objectified and reified faculties’ in Reification and the Consciousness of the Proletariat. By contrast to this Marxist attitude, Agamben, following Nancy’s The Inoperative Community, proposes the Post-Marxist concept of “inoperativity” (inoperosita) as the pure potential to perform work or to create a work of art without actually doing physical work. This is a concept clearly formulated in opposition to Negri’s concept of ‘workers’ power’ (potere operaio) as the basis of a Marxist autonomist state. Against Lukacs and Negri, Agamben argues that the contemplative ability to not perform a creative act or to not do creative work stands higher than the actual performance of the creative work. But this ingenuous argument clearly leads to absurdist consequences, as when Agamben argues, in The Coming Community, that Glenn Gould’s ability to perform The Goldberg Variations stems from his ability not to play the piano (or rather not to not play the piano!), thereby ignoring the constant practice (or maybe praxis?) that supports the sublime performances of a virtuoso pianist.

Similarly, Agamben argues that the strength of a student movement or a democratic revolution, like the Paris May ’68 student protests or the ’89 Tiananmen Square pro-democracy movement, lies precisely in their not having any specific plans to change the government, ignoring the fact that it was precisely this short-sighted failure to make specific demands or to prepare for the brutal response of the repressive regime that resulted in the collapse of the French general strike upon DeGaulle’s return on May 30, 1968, and which led to the wholesale massacre of Chinese students by the People’s Liberation Army on June 3-4, 1989. Against Negri’s argument that the ‘constituent power’ of a self-managing workers’ movement can oppose the ‘constituted power’ of a repressive government by carrying out a ‘permanent revolution’ that never coalesces into a sovereign State, Agamben proposes the theory of a ‘destituent power’ that constantly de-constitutes all manifestations of sovereign power and is therefore able to create a utopian anarchist community. But it is difficult to conceive how a utopian anarchist state composed of Italian radical philosophers and Parisian avant-garde poets would carry out the necessary work of feeding people, building houses, coordinating traffic-signals, and taking out the garbage (not to mention running government, passing laws, presiding over congress and the courts, and preventing criminal assaults and terrorist attacks), while still preserving the pure potential of their inoperativity in its pristine aesthetic state. If Agamben’s TOHS is a spectacular work of the Post-’68 thought, then, it also partakes of the defects of that short-lived intellectual movement, which was strong on catchy slogans and short on the specific proposals for political change necessary to support a student protest movement or a successful democratizing revolution.

Whatever the contemporary reader may think of the May ’68 student revolts and the ’68 thought that spawned them, it is still the case that Post-‘68 thought emerged in a specific world-historical context that strongly influenced (if not determined) its self-conscious intellectual pretensions and subconscious motivations, including the aspiration to democratizing revolution. And whether or not contemporary readers entertain a certain nostalgia for the May ’68 student revolts and ’68 thought (as Agamben clearly does), it is still the case that the contemporary world has been changed irreversibly by the clash and collision between the Western European world and radical Islam, which has resulted in the catastrophic events that define the current era: the September 11th 2001 terror attacks, the Afghanistan and Iraq wars, the Madrid train bombing of March 11th 2004, the London bus bombings of July 7th 2005, and the Paris terror attacks of November 13-14th 2015. Whether Post-Marxist or Marxist, critical theory must keep pace with current events or risk becoming simply irrelevant to the contemporary world. Whether Giorgio Agamben’s Homo Sacer series continues to speak to the critical situation of contemporary readers is the final question that will determine its continued relevance to the Post-September 11th world.